Awarded by the Royal Swedish Academy of Sciences, the Sjöberg Prize recognizes scientists who have made major discoveries in cancer research
By Amanda Gibbs February 04, 2019 Portland, Oregon 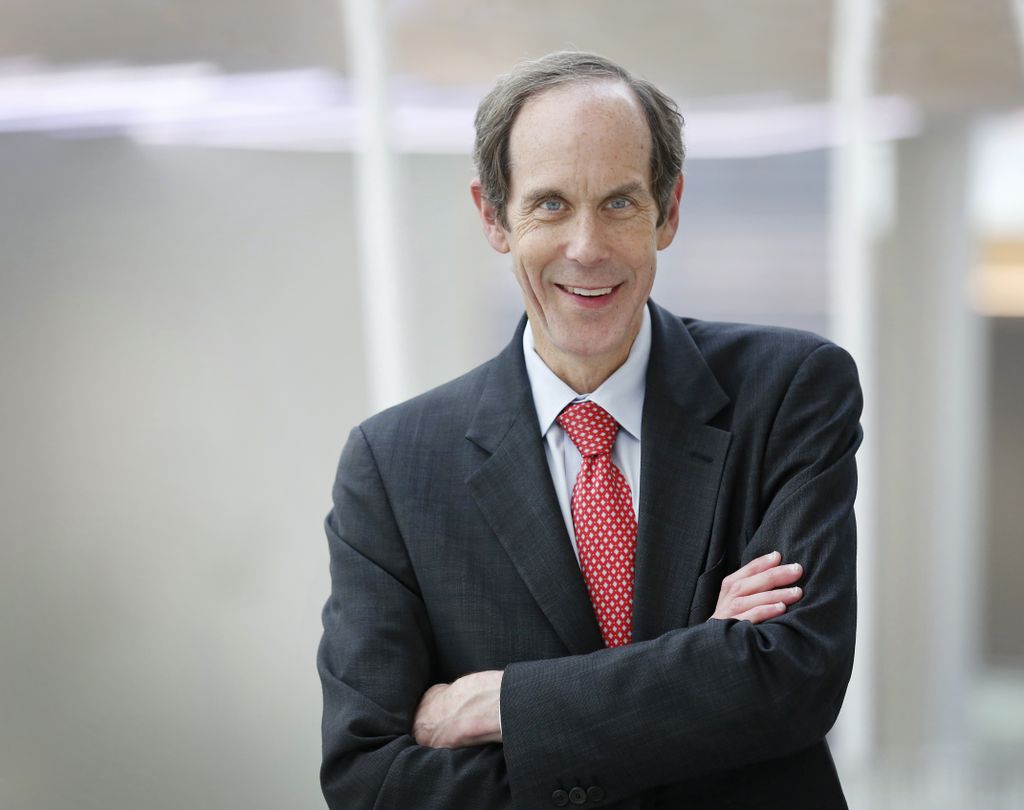 Dr. Brian Druker's research proved it was possible to shut down cells that enable cancer to grow without harming healthy ones – a discovery that helped make once-fatal forms of the disease manageable. (OHSU/Kristyna Wentz-Graff)

Today the Royal Swedish Academy of Sciences announced that OHSU Knight Cancer Institute Director Brian Druker, M.D., has been awarded the 2019 Sjöberg Prize for his “ground-breaking contributions to the clinical development of targeted therapy directed against genetic aberrations in cancer.” His research proved it was possible to shut down cells that enable cancer to grow without harming healthy ones – a discovery that helped make once-fatal forms of the disease manageable.

The Sjöberg Prize is awarded by the Royal Swedish Academy of Sciences and funded by the Sjöberg Foundation. The foundation was created in 2016 by the late entrepreneur Bengt Sjöberg to support research targeting cancer, health and the environment. Druker and Slamon will equally share the $1 million prize – $100,000 as a personal award and $900,000 for future research. The laureates will formally receive the award during the Royal Swedish Academy of Sciences Annual Meeting March 31, in Stockholm, Sweden, in the presence of His Majesty the King of Sweden.

"I am deeply honored to receive this prize and to join the company of the previous Sjöberg Prize award recipients, whom I hold in the highest regard," said Druker, a Howard Hughes Medical Institute Investigator and JELD-WEN Chair of Leukemia Research at OHSU. “Cancer research has advanced tremendously since I began my career as a physician-scientist: we’re seeing success in targeted therapies, and in immune therapies that activate a patient’s immune system to destroy cancer cells. I am thankful to the patients who went on this journey with me, but we know there is more work to be done, and our team is dedicated to accelerating progress to free the world from the burden of cancer.”

“Dr. Druker’s pioneering work shaped the field of targeted cancer therapies and has provided hope to countless patients and their families,” said OHSU President Danny Jacobs, M.D., M.P.H., F.A.C.S. “The OHSU community is delighted that his accomplishments are being honored with this important award, and we join him in his ongoing efforts to end cancer as we know it.”

Druker began his cancer research career in the 1980s, studying why some formerly normal cells shift into overdrive producing tumors. In 1993 Druker joined OHSU and began testing compounds that could target the abnormality that drives chronic myeloid leukemia, or CML. He identified the compound that ultimately became Gleevec® and demonstrated that it killed leukemia cells without harming normal cells. He then planned and led the drug’s clinical trials. During the trials, nearly all patients with CML saw their white blood counts return to normal in a matter of weeks with few or no side effects. Patients in the original trials, some with weeks to months to live, recovered and began leading normal lives. 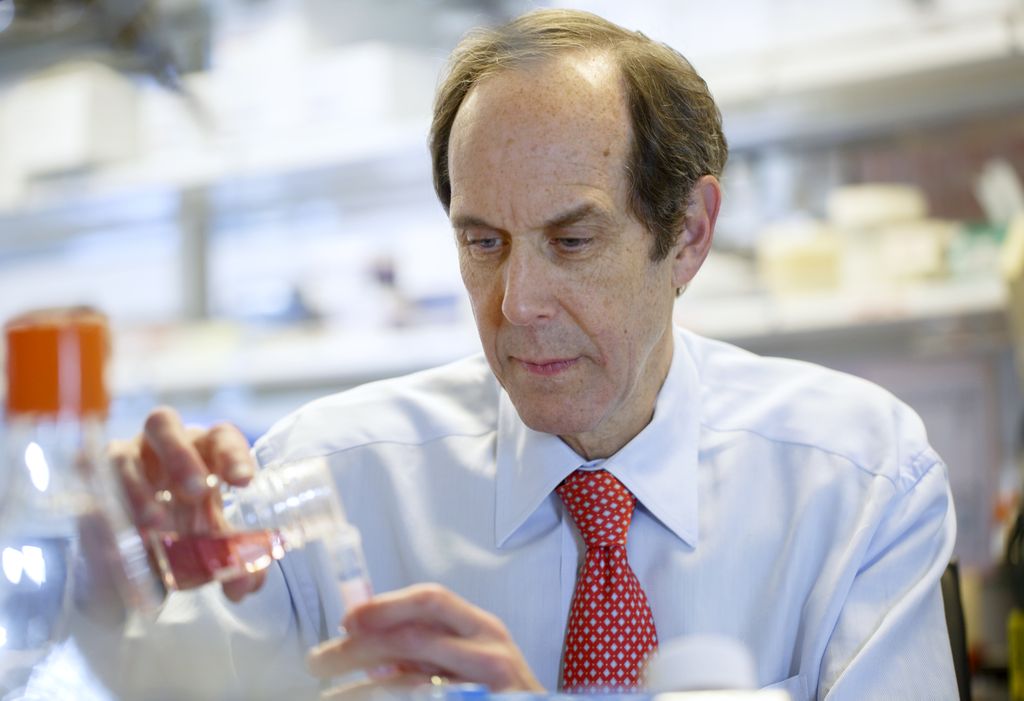 "I am thankful to the patients who went on this journey with me," says Druker, "but we know there is more work to be done, and our team is dedicated to accelerating progress to free the world from the burden of cancer.” (OHSU/Kristyna Wentz-Graff)

The trials were so successful that they resulted in the fastest approval by the FDA in its history. Since Gleevec® was approved by the FDA in 2001 to treat CML, it has since been proved effective against multiple forms of cancer, including pediatric CML and gastrointestinal stromal tumor, also knowns as GIST.

In 2017, the New England Journal of Medicine published long-term results of Gleevec for patients with CML. The study followed 1,106 patients with leukemia around the world for more than 10 years and found a survival rate of nearly 90 percent. According to the National Cancer Institute, prior to Gleevec’s FDA approval, fewer than one in three CML patients survived five years past diagnosis.

With his scientific and medical achievements, Druker has built the OHSU Knight Cancer Institute into an international leader in delivering personalized cancer medicine. Public support from the National Institutes of Health and the state of Oregon has been joined with generous private donations, including the successful completion of the $1 billion Knight Cancer Challenge campaign, which was launched after a $500 million pledge from Nike co-founder Phil Knight and his wife Penny. These investments have enabled Druker to recruit some of the world’s top scientists to OHSU to further the areas of precision oncology and the early detection of cancer. In 2017, the OHSU Knight Cancer Institute earned the National Cancer Institute’s highest designation, becoming a Comprehensive Cancer Center, and in 2018, the institute opened a state-of-the-art facility dedicated to cancer research.

Dr. Brian Druker shows how Gleevec works as he gives a presentation to students from the Creative Science School, during a visit to OHSU, March 9, 2018. (OHSU/Kristyna Wentz-Graff)