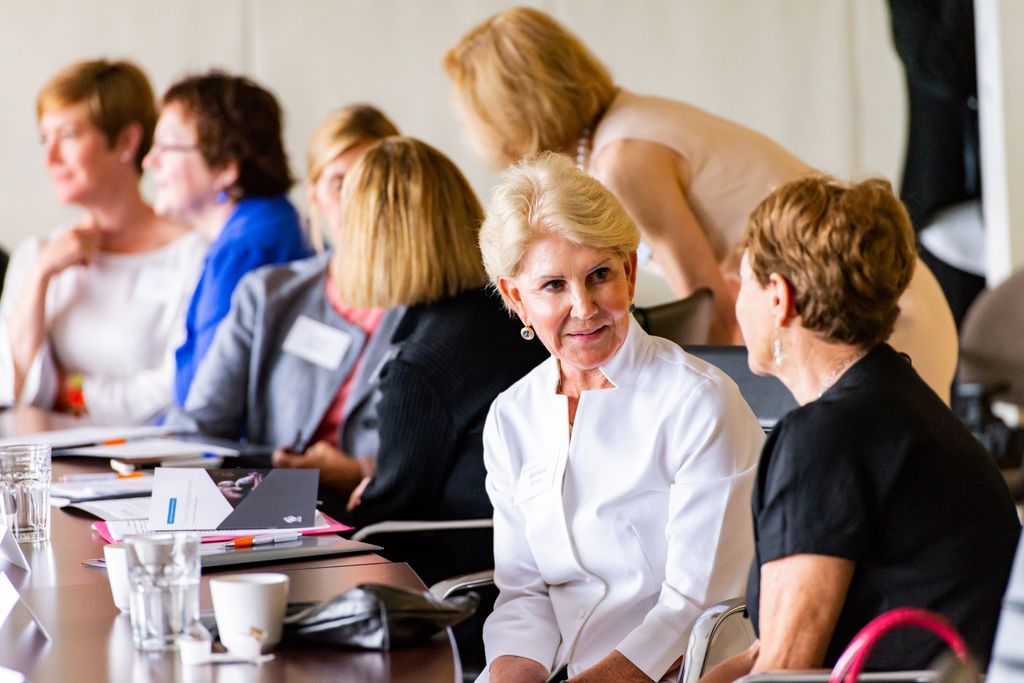 Thirty women sit at a large, oval-shaped conference table located on the 19th floor of a downtown Portland high-rise. Despite the picturesque view, their attention is focused on the presentations at the front of the room. Pencils feverishly jot notes with an occasional whisper to clarify a point.

At stake: a quarter of a million dollars in grant funding to help advance women’s health.

Out of 14 submitted research proposals, the group, known as the OHSU Center for Women’s Health Circle of Giving, selects two OHSU-led projects.

As a part of this distinct honor, each investigative team will receive a $125,000 grant intended to kick-start their scientific process. 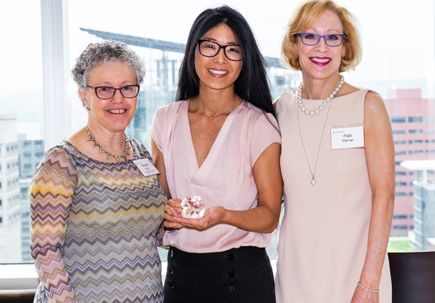 The National Institute on Drug Abuse estimates that nearly 965,000 Americans reported methamphetamine use disorder in 2017.

Previous research has shown that women are particularly vulnerable to the addictive properties of meth and are more likely to have severe withdrawal symptoms; however, there is little understanding of how women are more vulnerable to methamphetamine-related inflammation, which is caused by the drug’s extreme toxicity.

Neuroimaging data compiled by Milky Kohno, Ph.D., an assistant professor of psychiatry in the OHSU School of Medicine, indicate that female methamphetamine users exhibit more inflammation than their male counterparts due to stronger connections between brain regions that process reward and emotion.

Kohno’s Circle of Giving grant will reduce barriers for women to participate in an existing clinical trial of ibudilast, an anti-inflammatory drug to treat methamphetamine use disorder. By recruiting more women, this study has the potential to identify sex-specific abnormalities in inflammation, brain dysfunction and the efficacy of treatment to limit drug dependence and withdrawal.

“In order for science to promote the development of tailored treatment approaches, it is imperative that more women are recruited to participate in clinical studies. This funding from the Circle of Giving will allow us to do this,” says Kohno. “Through a comprehensive in-depth analysis of sex-specific abnormalities, and the identification of biological difference that have substantial brain impact, our forthcoming work has the potential to reduce the barriers that women face when trying to obtain, or stay in, drug treatment, as well as extend treatment approaches for a number of neuropsychiatric and neurodegenerative disorders that disproportionately impact women.” 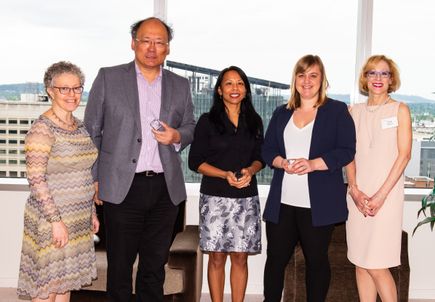 In the U.S., more than 268,000 women are expected to be diagnosed with invasive breast cancer this year. Approximately 20% of these cases will be triple-negative breast cancer, or TNBC, a highly aggressive form of the disease that doesn’t contain any common breast cancer receptors.

Currently, TNBC is treated by surgery, chemotherapy, radiation and some immunotherapies. However, given its highly aggressive properties, TNBC has a higher rate of recurrence and a lower rate of overall survival.

Using a mouse model, and a novel delivery mechanism, their goal is to train women’s own immune systems to fight cancer in a more personalized, efficacious and cost-effective way.

“This generous grant from the Circle of Giving not only allows us to extend our cancer vaccine work, but it inspires us to work even harder and faster toward our goal to translate our research into a viable therapeutic that will increase TNBC survivorship across the globe,” says Yantasee.

Since 2006, the OHSU Center for Women’s Health Circle of Giving has awarded more than $2.5 million to support 22 OHSU-led pilot studies. Each $125,000 grant – comprising members’ philanthropic donations -  allows researchers to obtain the pilot data required to apply for larger grants from organizations such as the National Institutes of Health.

“Research is expensive,” explains Michelle Berlin, M.D., M.P.H., director of the OHSU Center of Women’s Health. “The Circle of Giving fulfills a crucial role in the research process. Without the generosity and passion of this group of women, many promising and highly impactful OHSU research studies – focused on improving the understanding and care of women - would never have gotten off the ground.”

Why is advancing women’s health important?

Because women are different until research proves otherwise.

Read this viewpoint from Michelle Berlin, M.D., M.P.H. to learn more about the role that biological sex differences play in health and health care.