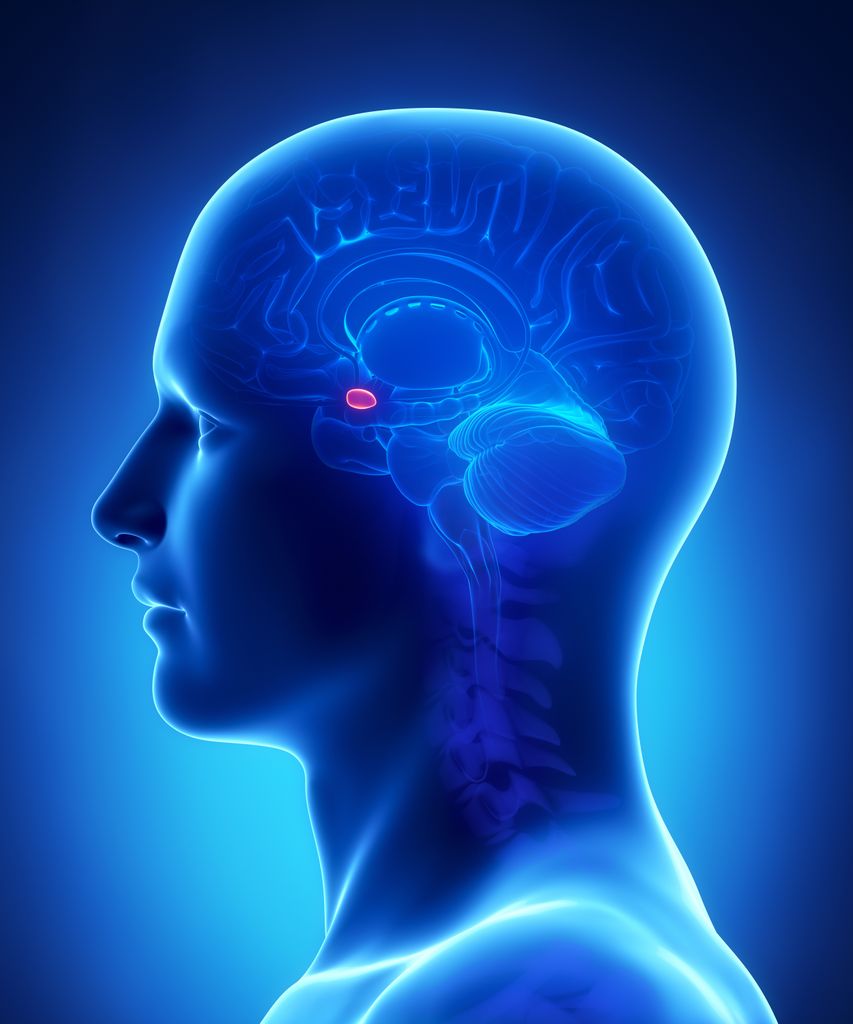 New research suggests that the amygdala (shown) and ventral striatum, may play a key role in letting you know whether to explore or exploit what you already know. (Getty Images)

Humans are explorers. We have walked on the moon, illuminated the inkiest depths of the ocean, and uncoiled the mysteries of the genome. Yet we know almost nothing about how our brains inspire curiosity.

Neuroscientists have now discovered that the amygdala, a walnut-sized structure deep within the brain and typically viewed as controlling our emotions, plays a key role in deciding whether we should shoot for the moon or stick to the world as we know it.

Neuroscientists at OHSU and the National Institute of Mental Health recorded the activity of hundreds of neurons in the brains of rhesus monkeys while they performed a task similar to the decision-making people handle in casinos. Lead author Vincent Costa, Ph.D., assistant professor of behavioral neuroscience in the OHSU School of Medicine, completed the work as a postdoctoral fellow with the National Institute of Mental Health.

Researchers then assessed how often the monkeys chose to explore novel opportunities rather than repeat choices they had made in the past.

Their findings, published today in the journal Neuron, reveal that two interconnected brain regions, the amygdala and ventral striatum, are important in determining when we should seek new opportunities to achieve a brighter future.

The amygdala and ventral striatum are key components in the neural circuits in our brain that help us to learn from past experiences what in our environment is harmful or rewarding. A different part of the brain, the prefrontal cortex, is thought to contribute to more complex forms of learning that allow us to consider how the decisions we make in the present influence what we will experience in the future.

In fact, a common belief is that the prefrontal cortex is necessary for overriding the activity in motivational brain circuits to get us out of a rut and try new opportunities. While there is evidence for this idea, this new research suggests the emotional parts of your brain aren’t holding you back from learning about how the choices you make today will impact what you will experience tomorrow.

“The amygdala and striatum seem to play a key role in letting you know whether to explore or exploit what you already know,” said Costa, a member of the Division of Neuroscience at the Oregon National Primate Research Center. “What is exciting about these results is that they chip away at the false dichotomy that we use to characterize neural circuits, particularly the amygdala, as contributing to emotion or decision making.”

To demonstrate the role of the amygdala and ventral striatum in exploratory decision-making, Costa and his colleagues with NIMH listened in on the activity of individual neurons in the brains of rhesus monkeys as they performed a task where they had to choose between exploring a new opportunity whose value was uncertain, versus repeating choices they already knew were valuable or not.

The task the monkeys performed was called a bandit task, which mimics the dilemma gamblers face in a casino over whether or not to keep playing the same slot machine or switch to playing a different slot machine that might yield a bigger payout. Using a computational model of the monkey’s choices, the researchers were able to characterize the different types of information conveyed by groups of neurons in the amygdala and ventral striatum. There were more neurons in the amygdala that signaled the value of exploring a new opportunity than in the ventral striatum.

People are routinely faced with similar decisions to explore new possibilities or exploit existing knowledge. This is referred to as the explore-exploit dilemma. For example, in choosing where we want to eat dinner, we might deliberate between making a reservation at a newly opened restaurant or grabbing a quick bite at our favorite fast food joint. But these types of decisions extend into many domains of decision making, both mundane (where to eat tonight) and profound (which areas of medical research should the government fund).

“We make these kinds of decisions all the time. They extend to almost every domain of our life,” Costa said.

An inability to consider how your decisions will impact the future is also a hallmark of the learning deficits that characterize mental health disorders, such as attention deficit hyperactivity disorder and obsessive-compulsive disorder.

“Impulsivity and compulsivity fall on either end of the spectrum of explore-exploit decision making,” Costa said. “In future studies, we will explore how activity in motivational circuits of the brain tilt you toward one extreme or the other.”

This work was supported by the Division of the Intramural Research Program of the National Institute of Mental Health (ZIA MH 002928).