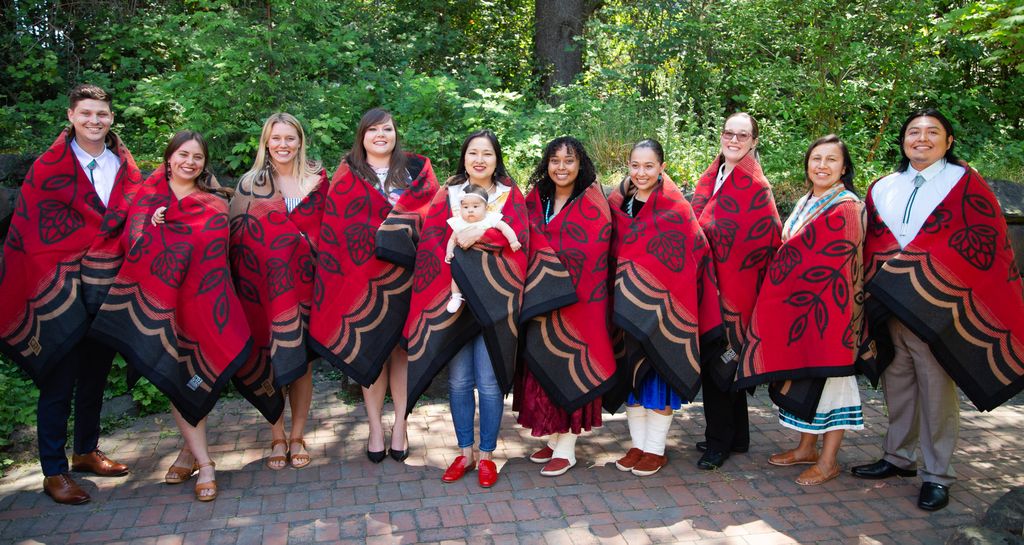 The first cohort of the OHSU Wy'east Post-Baccalaureate Pathway, a 10-month program for talented Native American students that serves as an alternative to the traditional medical school admissions process. (OHSU/Michael Schmitt)

NOTE:  After publication of this story, one member of the first Wy'east Post-Baccalaureate Pathway class did not enroll in the OHSU School of Medicine as originally expected. As a result, five members of the class enrolled in the OHSU M.D. program.

Jasmine Curry’s journey to becoming a physician is a particularly personal one.

She lived with her single mom in southern Arizona during the school year, but spent summers and winters in Kaibeto, a small town on the Navajo Nation.

When she was 16, Curry’s grandfather had a stroke. He learned to walk again at a rehabilitation facility off of the reservation. But his health gradually declined after returning home.

“He just kept regressing,” an emotional Curry recalled as her eyes brimmed with tears. Transportation challenges made it difficult to make medical and physical therapy appointments. He started to drag his right foot while walking, and died four years after his stroke.

“So many of the health issues on the reservations are preventable,” Curry said. “I want to focus on primary care and help my community become healthier.”

Curry, 23, will start her first year of medical school at OHSU in Portland, Oregon, in September. She enrolled after completing the OHSU Wy’east Post-Baccalaureate Pathway, a 10-month program for talented Native American students that serves as an alternative to the traditional medical school admissions process. Wy’east includes a mix of science and public health coursework, MCAT preparation, research, study and self-care skills, and community health service with Oregon tribes.

Upon successful completion, Wy’east participants earn conditional acceptance to the OHSU School of Medicine. Six members of the program’s inaugural class will attend OHSU in fall 2019.

A quarter of Native Americans die before they turn 45. Health care leaders have long advocated increasing workforce diversity so more patients share similar backgrounds with their providers, but Native Americans rarely have this luxury. Native medical students are 55 times more likely to serve native people than their peers. 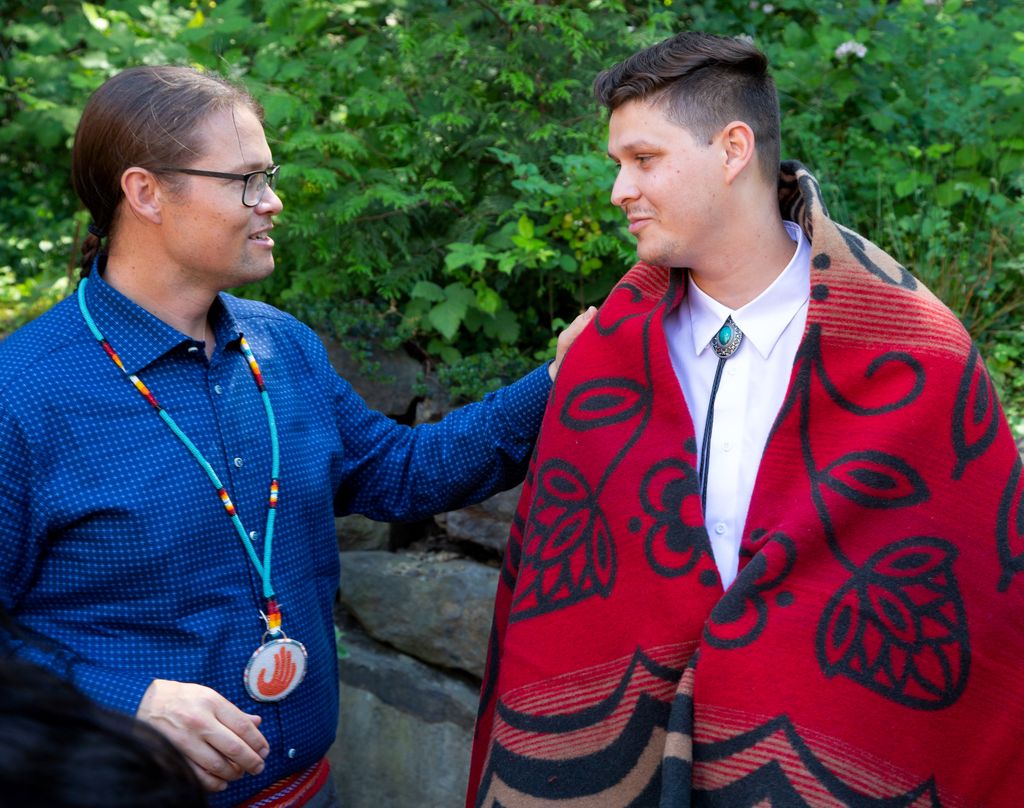 Wy’east is a program of the OHSU Northwest Native American Center of Excellence, established in 2017. The center’s director is Erik Brodt, M.D., who is Ojibwe and an assistant professor of family medicine in the OHSU School of Medicine.

“We’re looking for American Indian and Alaska Native students that others say aren’t good enough for medical school, and we’re proving them wrong,” Brodt said of Wy’east, which is the only post-baccalaureate, pre-medical pathway exclusively for Native Americans. It’s named after the Multnomah word for Oregon’s iconic Mt. Hood.

A total of 10 students participated in Wy’east’s first year, with seven aiming to attend medical school the following year, and the remaining three shifting from nonmedical careers with the eventual goal of becoming physicians. All successfully completed the program, with the seven academic enhancement students being eligible to enroll in the OHSU School of Medicine. One of those students opted to pursue a career in public health, however.

A proud Brodt celebrated the scholars’ accomplishments at Wy’east’s first-ever graduation on June 14. The event included a blanket ceremony, where wool blankets were placed on the scholars’ backs to provide them the resources and shelter needed to protect themselves and their loved ones.

“When I look at you, I don’t see 10 scholars,” Brodt said to the students’ family and friends in the audience.

“I see all the riddles that you will solve in the years to come,” he continued. “I see the thousands and thousands of patients you will treat. And, one day, years later in a clinic, I see a child who will have the courage to answer the question ‘What do you want to be when you grow up?’ with ‘I want to be a Native American doctor, just like you.’ And that’s so cool.” 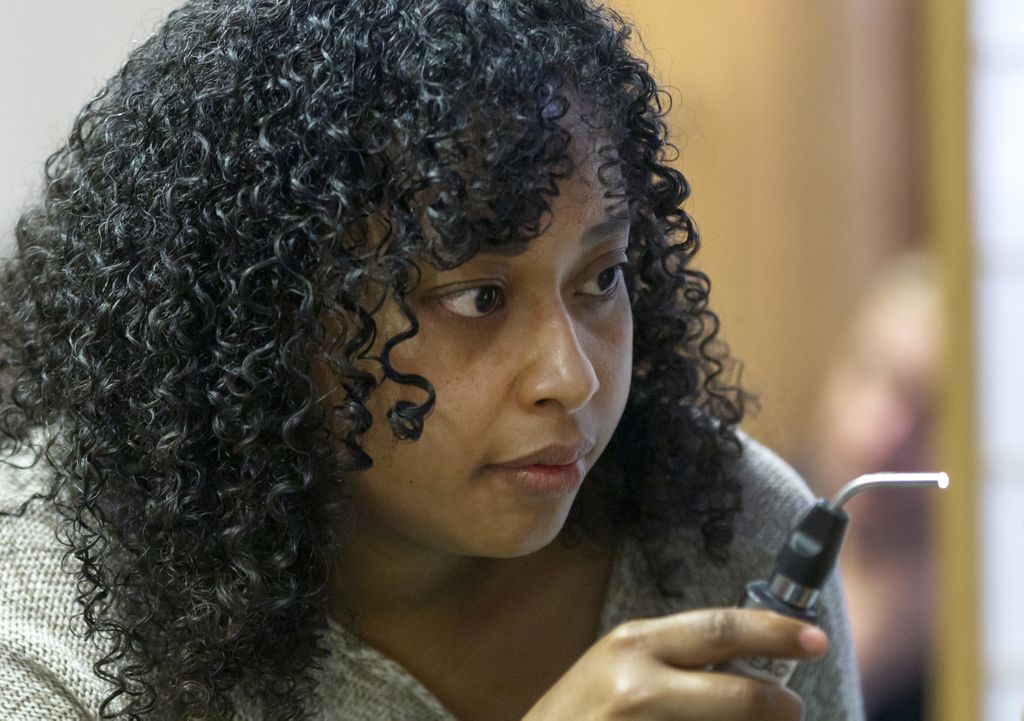 Jasmine Curry works with a patient as she volunteers with the Casey Eye Institute Outreach Program in Chiloquin, Oregon, earlier this month. (OHSU/Kristyna Wentz-Graff)

The incredible privilege of being able to attend medical school isn’t lost on Curry.

“It’s everything my family and I have ever prayed for,” she said. “Our families are so proud of us. We’re going to be the first doctors in our family. We know how it is on the reservation. We can help our community overcome those challenges. Coming from the same background, we will be culturally competent doctors for Native patients.”

At the graduation ceremony, Brodt acknowledged the scholars’ journeys are far from over.

“This is just the beginning,” he said. “It’s going to be hard, I’m not going to sugarcoat this, but we’re going to do this together. This is the opportunity to make dreams come true.” 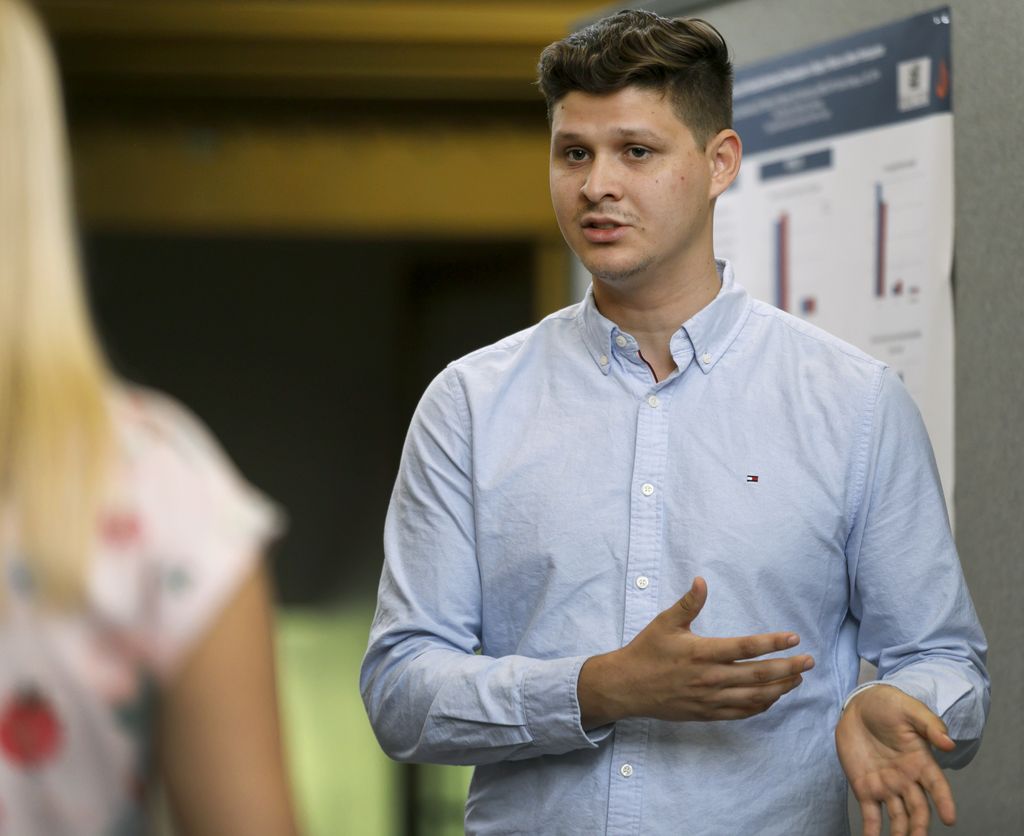 Brief biography: With both of his great-grandparents having been born on Oregon reservations (his great-grandmother on Umatilla, his great-grandfather on Grande Ronde), Smith grew up going to powwows. But as he started competitive sports, his weekends became consumed with athletic endeavors and he lost touch with his native culture. Having been very sick as a child – which meant many trips to OHSU Doernbecher Children’s Hospital – Smith always wanted to be a physician. He joined Wy’east after his MCAT score was too low to apply to medical school. The program has helped him “rediscover my heritage,” he said. He will attend the OHSU School of Medicine in fall 2019. 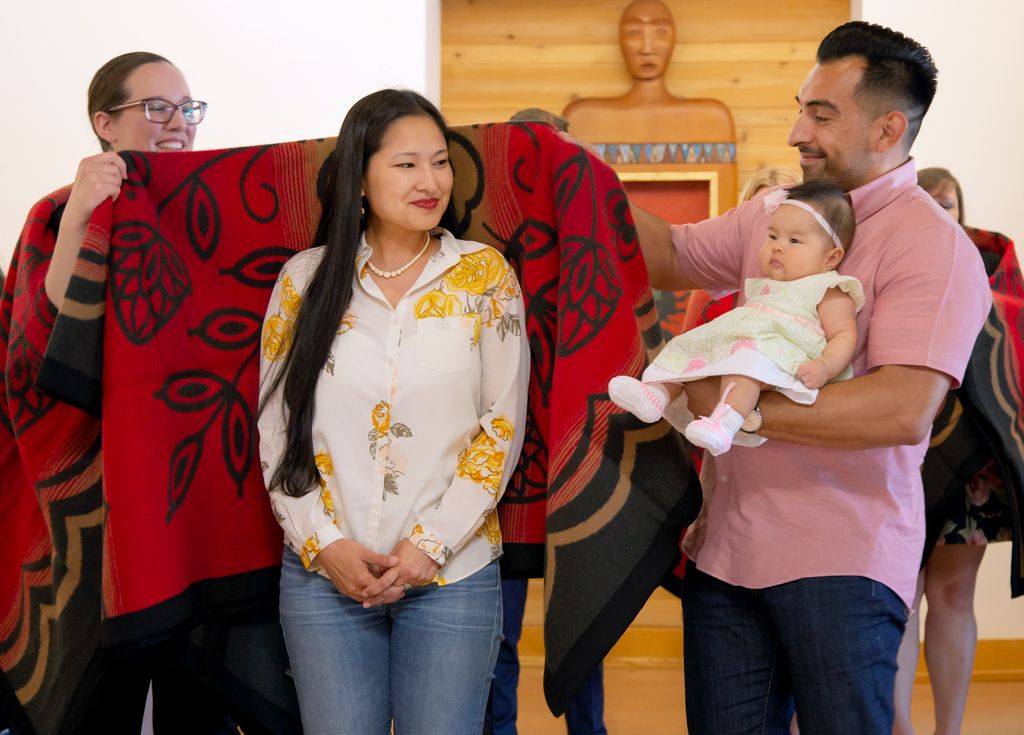 (Left to right) Baroness "B" Casta Nemici covers Jessica Souphanavong, as her husband Cesar Salas and daughter Matilda look on during a blanket ceremony. (OHSU/Michael Schmitt)

Brief biography: When Souphanavong was growing up in Alaska, about a quarter of Alaska Native women were victims of rape or assault. “Everyone I knew had been affected. To me, that made it much more than one in four women.” A strong supporter of women’s access to quality health care, Souphanavong aims to offer family planning, birth control and abortion services to Alaskan women. She enrolled in Wy’east after her MCAT score wasn’t high enough to apply to medical school. She will attend the OHSU School of Medicine in fall 2019.

Brief biography: Thomas always wanted to be a physician, but Thomas’ family had challenges while he was in college. He – the oldest child – dropped out so he could help his family. He contemplated his future while working at a grocery store, but thought: “I can’t be ringing people up the rest of my life; I know my life is worth a lot more than this.” He initially enrolled in a community college with a seemingly more attainable goal of becoming a nurse, but an academic adviser convinced him to not give up on medical school.

(Left to right) Candice Jimenez and her husband, Adolfo Alberto Jimenez, during a blanket ceremony at the Wy’east Post-Baccalaureate Pathway graduation ceremony on June 14, 2019 at PSU’s Native American Student Community Center. The Wy'east program provides conditional acceptance into the OHSU medical school, for students who complete the pathway. (OHSU/Michael Schmitt)

(Left to right) Student Baroness "B" Casta Nemici covers Jessica Souphanavong, as her husband Cesar Salas and daughter Matilda look on during a blanket ceremony at the Wy’east Post-Baccalaureate Pathway graduation ceremony on June 14, 2019 at PSU’s Native American Student Community Center. The Wy'east program provides conditional acceptance into the OHSU medical school, for students who complete the pathway. (OHSU/Michael Schmitt)

Jasmine Curry works with a patient as she volunteers with the Casey Eye Institute Outreach Program in Chiloquin, Oregon, June 3, 2019. (OHSU/Kristyna Wentz-Graff)