Producers say a 17-year-old’s donation in honor of Alex Trebek “made everyone at 'Jeopardy!' smile”
By Amanda Gibbs June 27, 2019 Portland, Oregon 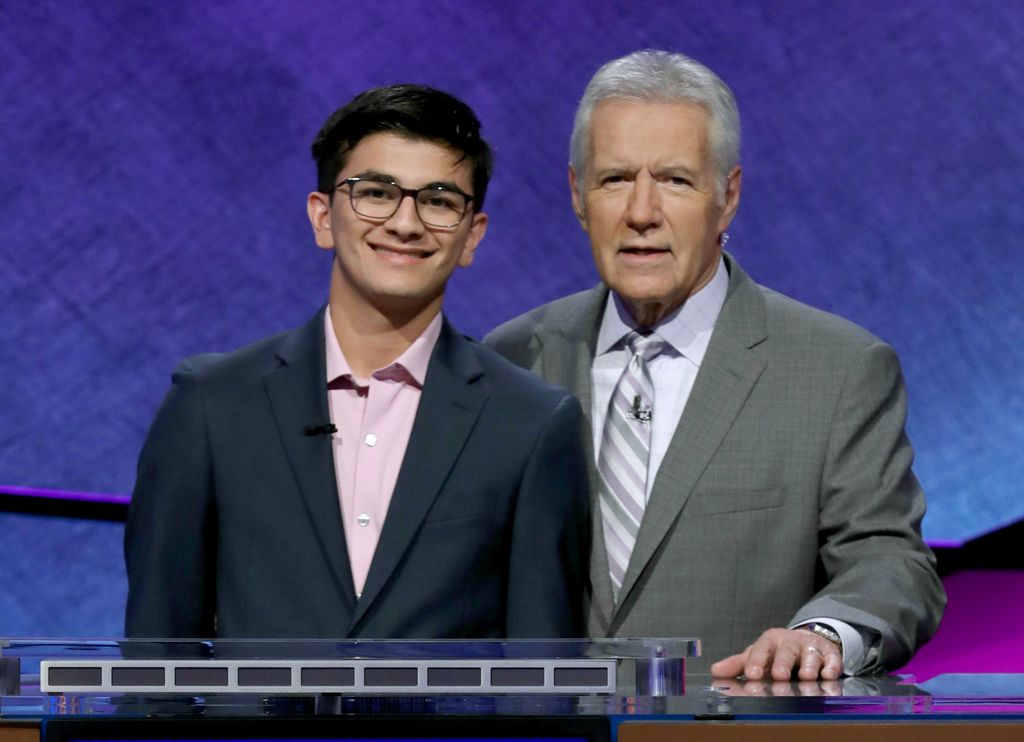 Recent high school graduate and OHSU student researcher Avi Gupta, a lifelong fan of the television trivia program "Jeopardy!" says he spent his formative years watching episodes of the show with his grandmother. His dreams of one day participating on the show came true when he was selected to participate in the 2019 "Jeopardy! Teen Tournament". Through bold wagers and a dramatic tiebreaker, Gupta successfully advanced to the Tournament Finals, airing Thursday, June 27, and Friday, June 28.

Competing on the show was “something you dream about your whole life,” says Gupta. After learning of host Alex Trebek’s pancreatic cancer diagnosis, Gupta decided to donate to pancreatic cancer research efforts at the OHSU Knight Cancer Institute in honor of Trebek.

“Alex Trebek was a big part of my childhood — he always seemed like the smartest guy on TV,” Gupta says. “It was an honor to meet him, and I’d like to support the amazing research being done here at OHSU to help fight this disease. My hope is that it will raise awareness in our community for early detection research and support of treatment initiatives.”

After learning of Gupta’s donation in Trebek’s honor, "Jeopardy!" producers said, “Alex always says that the Teen Tournament is his favorite event of the year, so hearing about Avi’s generous donation made everyone at 'Jeopardy!' smile.”

OHSU Knight Cancer Institute Director Brian Druker, M.D., said the institute is “touched and grateful” for the donation to its research efforts.

“The spirit behind this bright young person’s donation to support cancer research is truly inspiring,” Druker says. “Avi’s gift will help support cutting-edge treatments and research into the early diagnosis of pancreatic cancer underway at the Knight Cancer Institute. I watched in awe as Avi boldly won his recent matches, and can’t wait to see how he fares in the finals.”

Gupta’s donation of $314 to pancreatic cancer research is an homage to the mathematical constant Pi, representing his passion for math and science. His gift is funded by proceeds from private chess lessons he gives to elementary and middle-school students.

Gupta and Druker will be available for a check presentation photo opportunity at the Knight Cancer Research Building at 2:30 p.m. on Friday, June 28. Media interested in attending should contact Amanda Gibbs for more details.

Gupta says he has always been particularly interested in science and engineering. His motivation to learn more about medicine expanded when, at age 14, he learned he had a rare genetic condition called hereditary angioedema. It was then he that decided to explore medical research efforts by becoming a student researcher at OHSU. During his time at OHSU, Gupta has pursued novel research into vascular disease and synthetic blood vessel design, and his work has been submitted to peer-reviewed journals and presented at national conferences.

This fall, Gupta plans to pursue an undergraduate degree at Columbia University's Fu Foundation School of Engineering and Applied Science as an Egleston Scholar, the highest designation offered to incoming students. In his spare time, Gupta founded Project 32, a student-run social startup that “leverages the power of education and community engagement to tackle dental disease in youth.” Project32 has provided thousands of dental hygiene kits to children in the U.S., India, Guatemala and Haiti.

“To have the opportunity to compete on "Jeopardy!" was an honor and an experience that I’ll never forget,” Gupta says.