Discovery could lead to new therapies for nervous system disorders 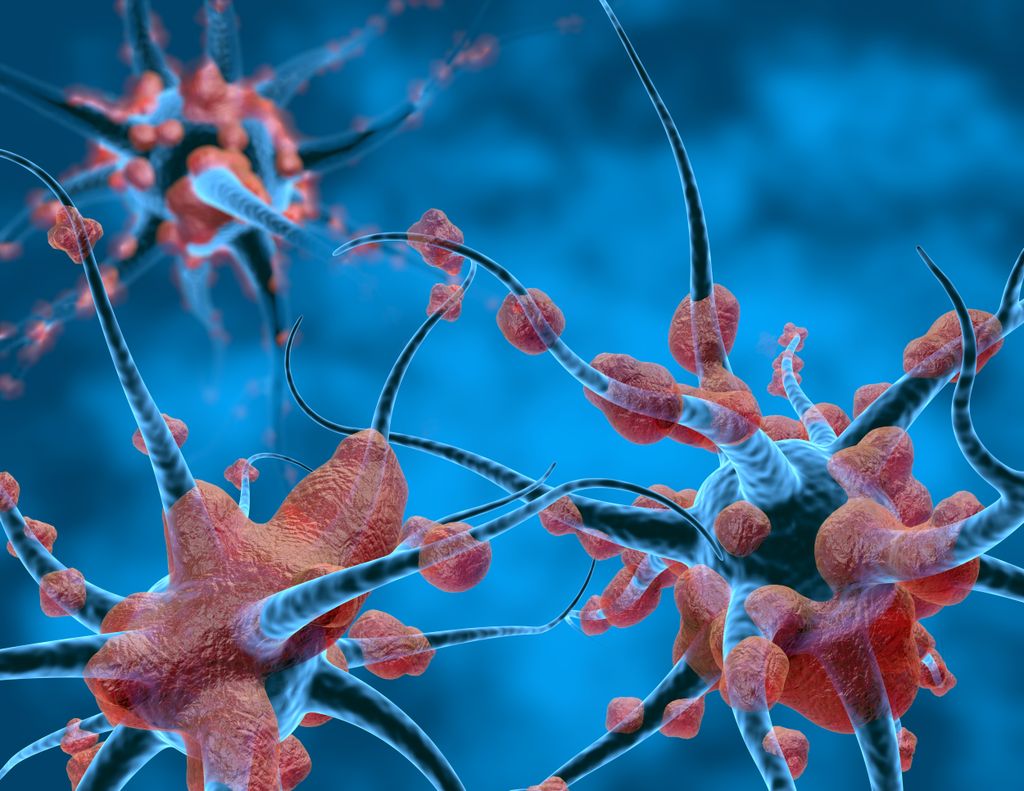 Scientists have discovered that Schwann cells are prolific in generating a protective sheath for nerves, giving rise to new possibilities for treating nerve injuries and various forms of neuropathy. (Getty Images)

Scientists have discovered that a special type of cell is much more prolific in generating a protective sheath covering nerve fibers than previously believed.

The revelation about Schwann cells raises the possibility of new avenues to treat nerve injuries and various forms of neuropathy. Further research could prove useful in promoting myelin repair in central nervous system disorders such as multiple sclerosis, where damage to myelin slows or blocks electric signals from the brain.

“This totally overturns the textbook definition of the way Schwann cells work,” said senior author Kelly Monk, Ph.D., professor and co-director of the Vollum Institute at OHSU in Portland, Oregon.

The research is published today in the journal Nature Communications.

Two types of cells in the body produce myelin: oligodendrocytes in the brain and spinal cord and Schwann cells in the rest of the body. Until now, scientists thought that only oligodendrocytes generated multiple myelin sheaths around axons, the slender projection of a nerve cell that carries electrical signals between cells.

The new research reveals that Schwann cells also are capable of spreading myelin across multiple axons.

Researchers made the discovery after conducting a genetic screen in zebrafish in the Monk laboratory. They discovered some fish had more myelin than expected, and those fish carried a mutation in a gene called fbxw7. When they knocked out the gene in genetically modified mice, they discovered an unexpected characteristic: individual Schwann cells began spreading myelin across many axons.

“It highlights a very plastic potential for these cells,” Monk said.

In discovering how Schwann cells generate myelin at the molecular level, the discovery may lead to new gene-therapy techniques to repair damaged myelin in peripheral nervous system disorders such as Charcot-Marie-Tooth disease, a painful inherited form of neuropathy that affects 1 in 2,500 people in the United States.

Both Schwann cells and oligodendrocytes arose at the same point in evolutionary history, with the appearance of jaws in the vertebrate lineage. Invertebrates lack myelin, and some, like the modern squid, uses thick axons to quickly transmit signals between neurons. 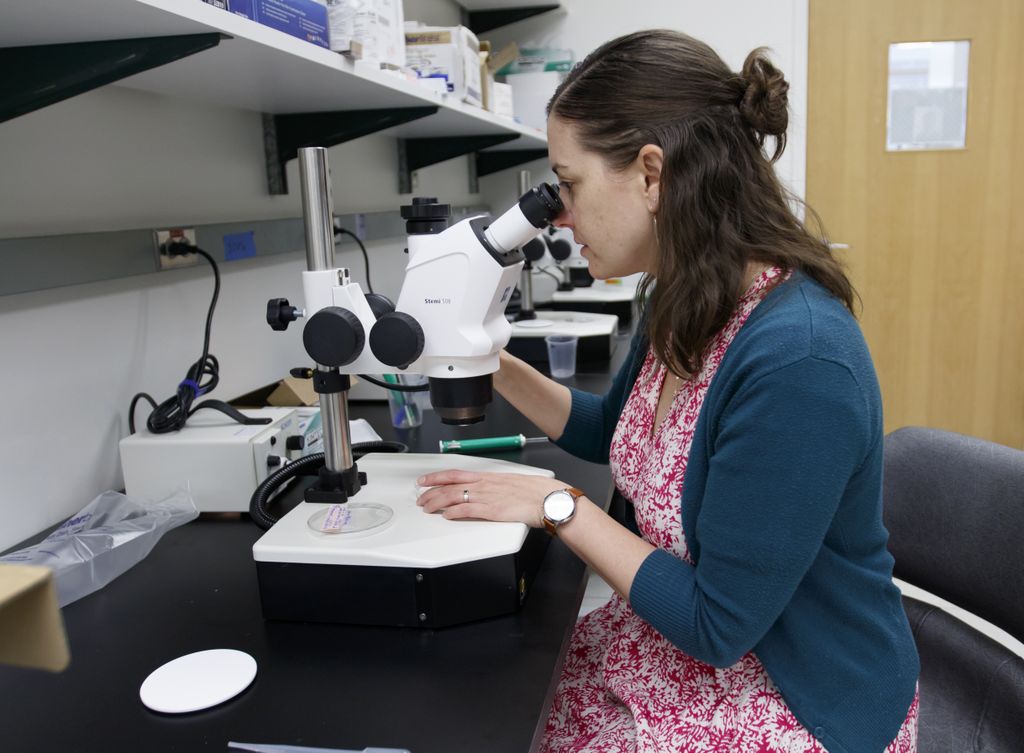 Kelly Monk, Ph.D., theorizes that Schwann cells evolved a mechanism to repair damaged myelin on a cell by cell basis, since it would have been common for injuries to occur without necessarily killing the entire organism. (OHSU/Kristyna Wentz-Graff)

“We could have evolved that way, but our spinal cord would be the diameter of a giant sequoia tree,” Monk said.

Instead, vertebrate axons evolved myelin to protect axons and speed up signal transmission. To create myelin, Schwann cells evolved to produce it around a single axon in the peripheral nervous system. Oligodendrocytes, in turn, generated myelin along multiple axons within the more confined environment of the brain and spine – the central nervous system.

Monk theorizes that Schwann cells evolved a mechanism to repair damaged myelin on a cell by cell basis, since it would have been common for injuries to occur without necessarily killing the entire organism. Those traits would have been passed down and strengthened through generations of evolution.

By contrast, remyelination in the central nervous system tended to be an evolutionary dead end since few would have survived a severe whack to the brain or spine.

However, the discovery published today suggests a new opportunity to heal the brain and spine.

“Targeting the fbxw7 gene – or downstream pathway molecules – could be a powerful way to promote myelin repair in the central nervous system,” Monk said.

This work was supported by the National Institute of Neurological Disorders and Stroke of the National Institutes of Health, award numbers F31 NS094004; F31 NS087801; F31 NS096814; R01 NS042595; and R01NS062796. Co-author David A. Lyons, Ph.D., of the University of Edinburgh is a Wellcome Senior Research Fellow. Monk receives support from the Edward J. Mallinckrodt Jr. Foundation, the Race to Erase MS Foundation, and she is a Harry Weaver Neuroscience Scholar of the National Multiple Sclerosis Society.