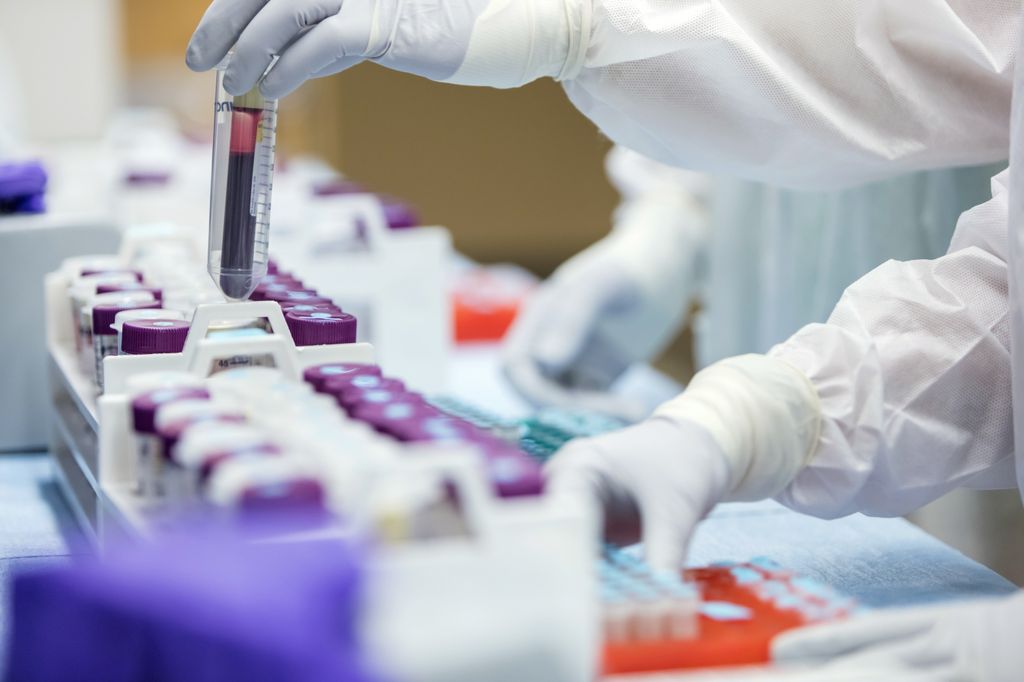 A weakened form of an HIV vaccine is able to eliminate an HIV-like virus in monkeys, and also gives them long-lasting immunity, as nine of 12 vaccinated monkeys could still fight off an infection three years later. (OHSU/Boone Speed Photography)

A promising vaccine that clears an HIV-like virus from monkeys is closer to human testing after a new, weakened version of the vaccine has been shown to provide protection similar to its original version.

A pair of papers published July 17 in Science Translational Medicine describe how the vaccine – which uses a form of the common herpes virus cytomegalovirus, or CMV – was live-attenuated, or weakened, so CMV couldn’t spread as easily.

The new version still managed to eliminate SIV, the monkey version of HIV, in 59% of vaccinated rhesus macaques. That result is similar to earlier findings involving the vaccine’s original version. The immunity generated by the weakened vaccine was also long-lasting, as nine of 12 vaccinated monkeys could still fight off SIV infection three years later.

Having a weakened version of the vaccine is key to potentially being able to use it in humans. No vaccines use full-strength live viruses due to safety concerns. Though humans are often infected with CMV without any trouble, the virus can wreak havoc on those with weakened immune systems such as people with organ transplants. It’s also dangerous for pregnant women, as it can cause congenital defects such as hearing loss and microcephaly in babies.

“This research, using rhesus CMV, provides potentially important insights into the design of a human CMV-based HIV vaccine,” said Klaus Früh, Ph.D., a corresponding author on one of the papers. “We significantly attenuated CMV and still got the same type of immune responses as with the wild version of this vaccine.”

“These papers are important because they recapitulate the previously reported unique CMV vector efficacy with a genetically modified vector that is highly attenuated and therefore potentially safer for clinical use,” said Louis Picker, M.D., a corresponding author on both papers. “In addition, this new work demonstrates most vaccinated rhesus macaques that are protected against SIV can also be protected against a second challenge years after initial vaccination. This is a level of durability that would be very important for a human HIV vaccine”.

Picker and Früh are professors of molecular microbiology and immunology in the School of Medicine and the Vaccine and Gene Therapy Institute at OHSU.

The CMV vaccine platform is licensed by Vir Biotechnology, Inc., of San Francisco, which plans to lead a clinical trial with a human version of the CMV-based HIV vaccine. The same platform is also expected to be used for vaccines being developed to fight tuberculosis.

In our interest of ensuring the integrity of our research and as part of our commitment to public transparency, OHSU actively regulates, tracks and manages relationships that our researchers may hold with entities outside of OHSU. In regards to this research, OHSU and Drs. Früh, Picker and Hansen have a significant financial interest in VIR Biotechnology Inc., a company that may have a commercial interest in the results of this research and technology.