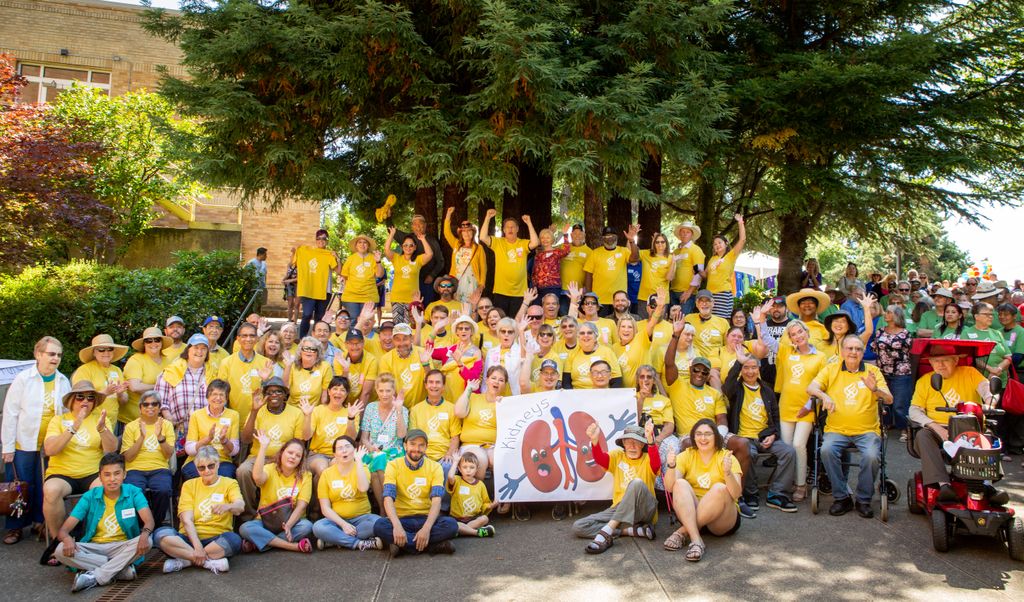 Todd Ainsworth, a retired attorney and administrative law judge from Sunriver in central Oregon, thoroughly enjoys the little things. Teaching his 17-year-old daughter to drive, for example, brings him joy.

Such routine activities weren’t always a given. Ainsworth says he was on “death’s doorstep” on June 2, 2011, when he underwent a heart transplant and then had a kidney transplant the next day. Years of congestive heart failure had left his body in such tatters that he needed two new organs.

“We don’t look at it as Pill Hill anymore,” Ainsworth said, referring to a common nickname for OHSU’s home atop Portland’s Marquam Hill. “We look at it as Miracle Hill. I shouldn’t have survived. But I did.”

Ainsworth is one of more than 5,000 people who have received life-saving kidneys from the OHSU Kidney Transplant Program, which is celebrating its 60th anniversary this year. The program started in 1959 when a 12-year-old girl donated a kidney to her twin sister. It was the first kidney transplant west of the Rocky Mountains and the 18th successful one in the world. 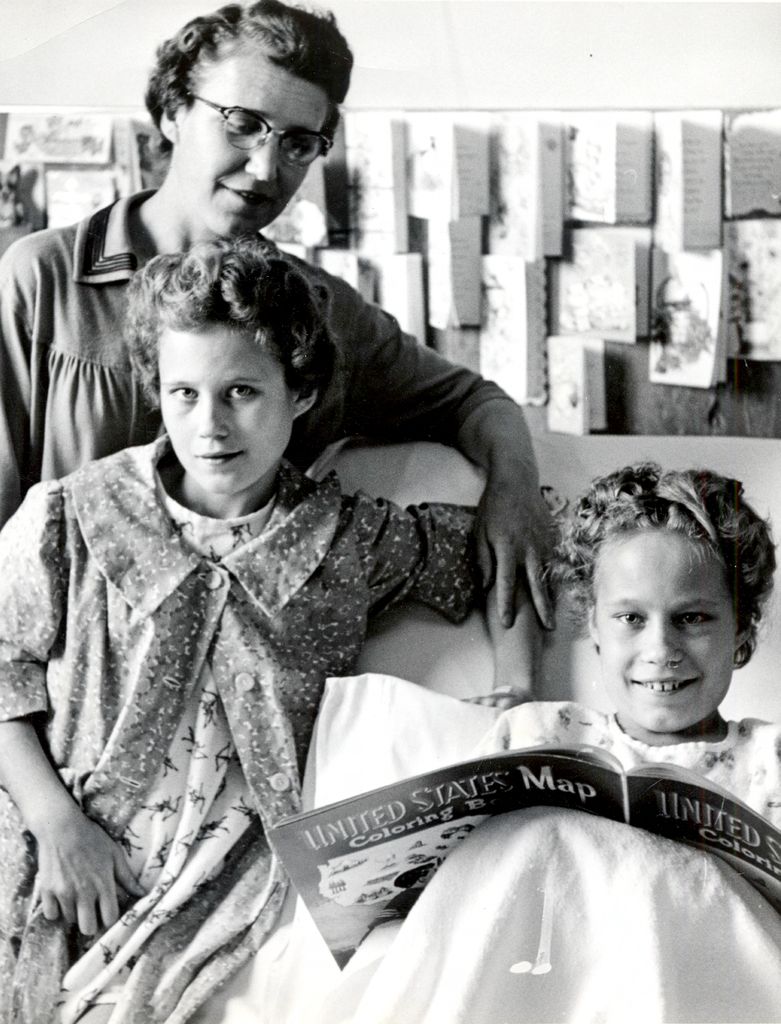 Twelve-year-old Charlotte Hamilton donated one of her kidneys to her twin sister Charlene Hamilton. (OHSU)

OHSU has been a leader in organ transplantation ever since. For example, OHSU staff proved it was safe to cold-store kidneys for up to 48 hours before transplant, enabling surgeons to take advantage of and transplant more kidneys. OHSU also has extensive experience studying and using monoclonal antibodies to prevent rejection of a transplanted organ. And OHSU’s liver and heart transplant programs were established in the 1980s based on standards and processes first created for kidney transplantation at OHSU.

Receiving a new kidney is usually the best treatment option for patients with end-stage kidney disease, says Joseph Lockridge, M.D., a transplant nephrologist at OHSU and the Portland VA, and an assistant professor of medicine (nephrology and hypertension) in the OHSU School of Medicine. The alternative is dialysis.

“Dialysis is a very burdensome therapy,” Lockridge said. “Most dialysis patients have to go to a dialysis center, where their blood is taken out of their body, put through a filter and cleaned. The process typically takes four hours and happens three times a week, meaning most aren’t able to work or travel.”

While Ainsworth didn’t have to undergo dialysis, he had his own medical trials and tribulations. He had four different pacemakers implanted between 2000 and 2010 to straighten out his heart’s erratic beats, called arrhythmia. That turned out to be a temporary fix, however, as he gradually became more and more tired and developed swollen ankles.

In January 2011, he had a left ventricular assistance device, also known as an LVAD, implanted when a pacemaker no longer cut it. Five months later, he was put on the transplant wait list. Ainsworth doesn’t remember how many ground ambulance rides he had in total, but recalls three in the air.

When a 30-year-old father died in a tragic work accident, Ainsworth was given the remarkable gift of a second chance at life. He received the man’s heart on June 2, 2011, and one of his kidneys the next day. 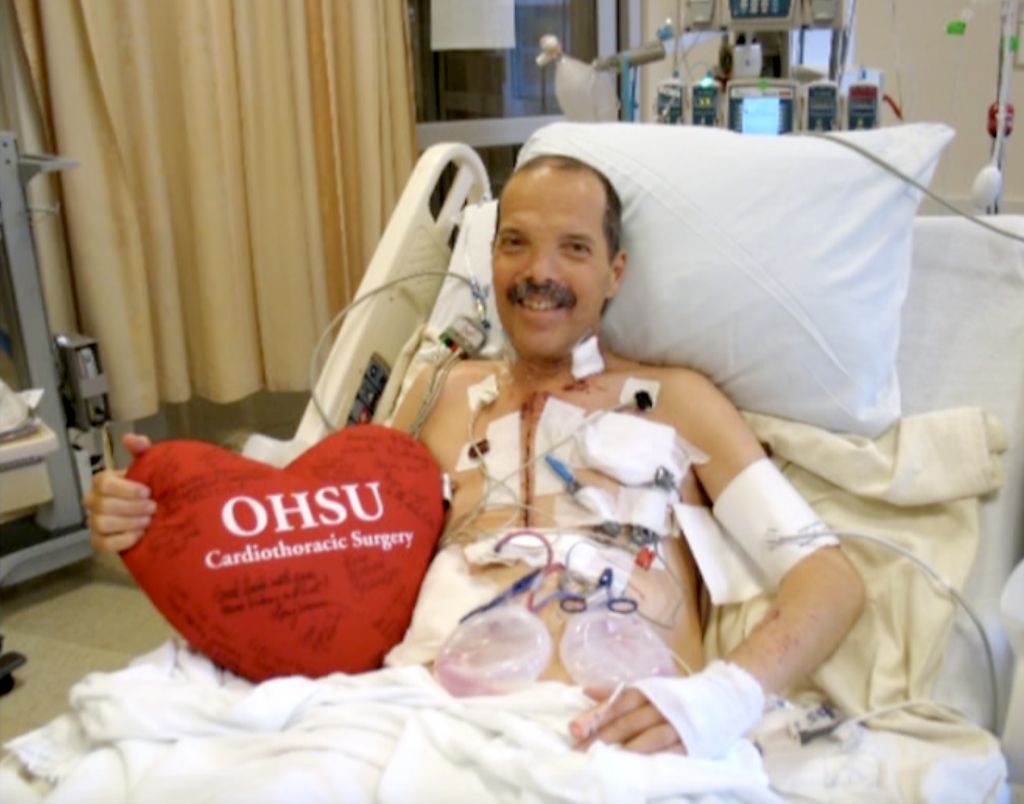 The new organs once again enabled Ainsworth to do everyday things like climbing stairs with ease. He quickly lost about 50 pounds in water weight. And he returned to work as an administrative law judge six months after the transplant. Previously a seasoned skier, Ainsworth was also able to ski Mount Bachelor about 50 times the following winter.

“It great to see patients turn around so quickly, from being very sick to suddenly having a functioning kidney,” Lockridge said. “Patients can work again, they can find meaningful ways to spend their lives. They can travel, they can spend more time with their families. These are things that even I take for granted. It’s tremendously rewarding to see these changes.”

Ainsworth decided to retire three years ago, freeing him to contemplate the world more.

“I think, ‘God, did that really happen? I’ve got someone else’s heart and kidney in me. I really had a transplant.’ And I then I think, ‘OK, get a grip, you’re OK. Steady as it goes.’ “Ainsworth said.

He’s digging back into the science books that fascinated him in his youth. He takes time to catch up on the news of the day. And he spends more time with his wife, Lisa Kyle, and their four children, all of whom he credits for his survival. 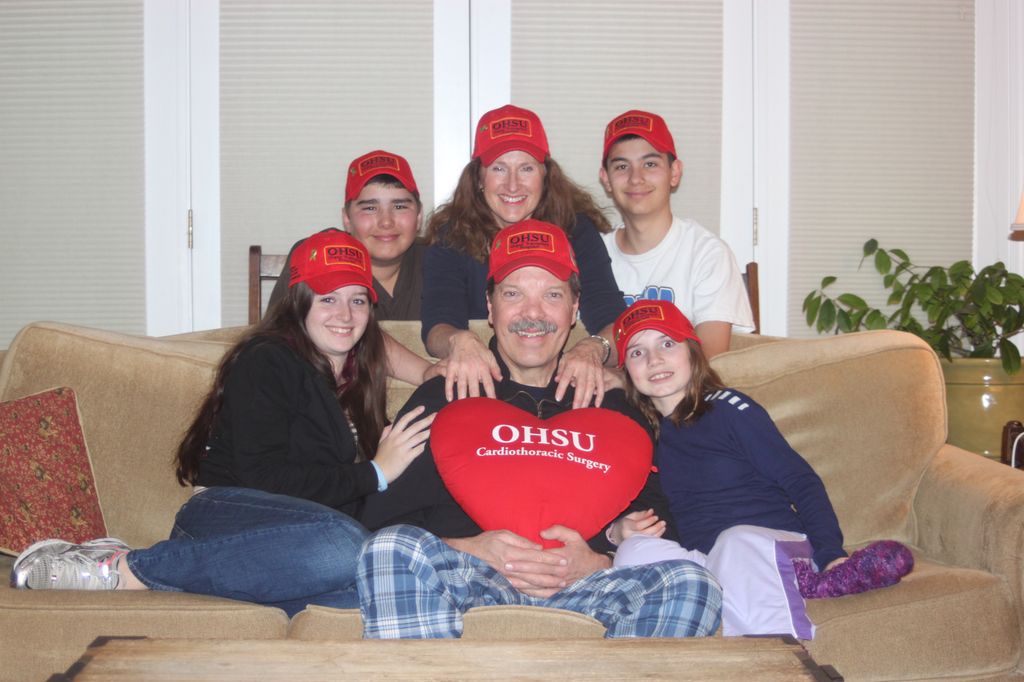 The new organs enabled Ainsworth to complete everyday tasks again, such as climbing stairs, and he returned to work as an administrative law judge six months after the transplant. (Photo courtesy of Todd Ainsworth)

Aside from avoiding the sun to prevent skin cancer, to which transplant recipients are more susceptible, his life has returned to normal.

And that’s the way he likes it.

OHSU Transplants, By the Numbers

Physicians, nurses, physician assistants, social workers and others involved in kidney transplantation are invited to attend a day-long professional conference

Todd Ainsworth, a retired attorney and administrative law judge from Sunriver, had a heart and kidney transplant in 2011. The new organs enabled Ainsworth to complete everyday tasks again, such as climbing stairs. He returned to work as an administrative law judge six months after the transplant, and was also able to ski Mount Bachelor about 50 times winter following his surgeries. (Photo courtesy of Todd Ainsworth)

OHSU - then the University of Oregon Medical School - performed the world's 18th successful kidney transplant on Oct. 9, 1959. Twelve-year-old Charlotte Hamilton donated one of her kidneys to her twin sister Charlene Hamilton. The twins are shown here recuperating from their surgeries. (OHSU)

OHSU - then the University of Oregon Medical School - performed the world's 18th successful kidney transplant on Oct. 9, 1959. Twelve-year-old Charlotte Hamilton donated one of her kidneys to her twin sister Charlene Hamilton. The twins are shown here as they recuperate from their surgeries. (OHSU)