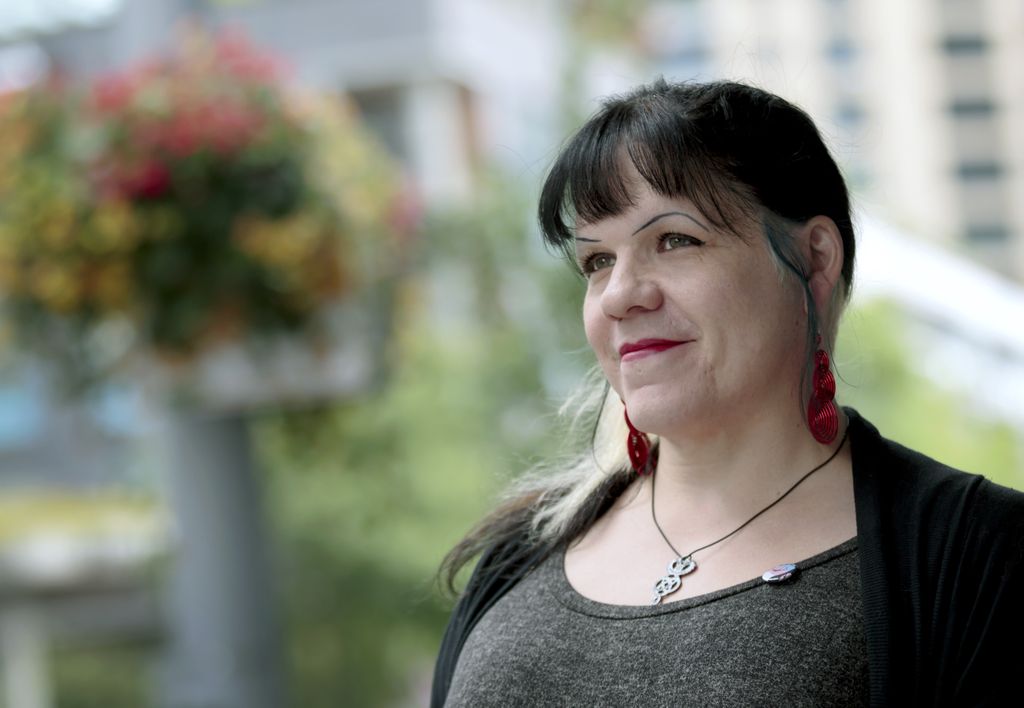 Molly Palmer, 45, not only found medical support for her gender transition at OHSU, but also was able to improve her overall health due to the supportive and inclusive environment at OHSU. (OHSU/Kristyna Wentz-Graff)

One such person is Molly Palmer, 45, who often put off care for a number of health challenges because she didn’t feel comfortable in exam rooms. To avoid discrimination, she had to force herself to appear and act “normal.”

Then came 2014, when she decided to present herself publicly in the same way that she has always felt inside – as a woman. That decision not only relieved a great deal of anxiety from acting like someone she wasn’t, but also helped heal her physically.

“My health has changed remarkably for the better since I started transitioning,” Palmer said. “I was really unhappy and it made me really sick. I don’t know if I’d be here today if I hadn’t transitioned.”

Palmer first tried to start transitioning through a private practice, but the physician balked and wasn’t comfortable providing hormone therapy. So Palmer turned to OHSU Family Medicine at Richmond in southeast Portland, which is home to several clinicians who understand and respect transgender issues and are part of the OHSU Transgender Health Program.

While receiving hormone therapy at OHSU, staff recommended she better control her diabetes and cholesterol. Palmer took their advice to heart and made drastic lifestyle changes, including exercising, eating better and quitting smoking.

She then sought help for chronic eye problems. An OHSU ophthalmologist helped Palmer determine the unexpected cause: multiple sclerosis, a disease of the central nervous system that leads to a wide range of symptoms that can include eye inflammation.

Though daunting, the 2017 diagnosis helped explain the nerve pain, tingling sensations, difficulty walking and a handful of other symptoms she had experienced for 20-plus years. It also led her to MS-managing prescription medications.

“I’ve felt like a woman my whole life,” Palmer said. “But it wasn’t until a few years ago, when what turned out to be my MS symptoms got so bad, that I realized I couldn’t continue to not be myself. I felt invisible in my true gender identity and invisible in my suffering. It became too much to bear.”

OHSU launched its Transgender Health Program in 2015 to ensure patients like Palmer receive respectful and quality health care, regardless of their gender identity. 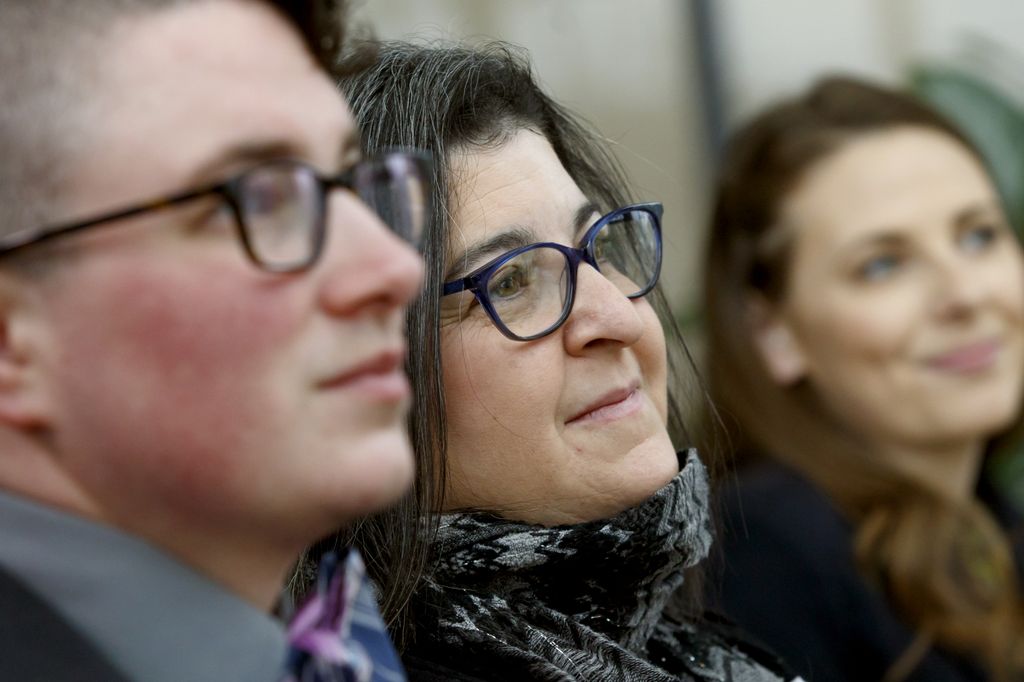 The program works with OHSU providers to help them understand and meet the unique needs of transgender patients. It also helps patients navigate complex health systems that haven’t always supported them. OHSU cares for more than 1,000 adult and youth transgender patients, making it one of the largest and most comprehensive transgender health programs in the U.S.

“Everyone deserves easy access to quality health care, but transgender patients haven’t historically had the access they deserve,” said Amy Penkin, M.S.W., L.C.S.W., the program’s supervisor. “The vast majority of today’s health care providers didn’t learn about the needs of, or care of, transgender patients when they were in school. We advocate for OHSU’s transgender patients and educate OHSU staff on providing competent care in an inclusive environment.”

The program started as a grassroots effort of a few determined staff who wanted to help their institution better care for transgender patients. Its work ranges from something as seemingly simple as encouraging all staff to use a patient’s affirmed name and pronouns to more complex issues such as securing insurance coverage, preparing for surgery, and ensuring all of OHSU provides an inclusive environment for gender-diverse patients.

OHSU offers adult and pediatric patients a large range of gender-affirming medical services, including hormone therapy and surgery. Because not all transgender patients seek gender transition-related care, OHSU also provides transgender-respectful primary care that is safe, welcoming and affirming of a patient’s gender identity. Such care is offered during both routine clinic hours and at specific times and locations chosen with transgender patients in mind. 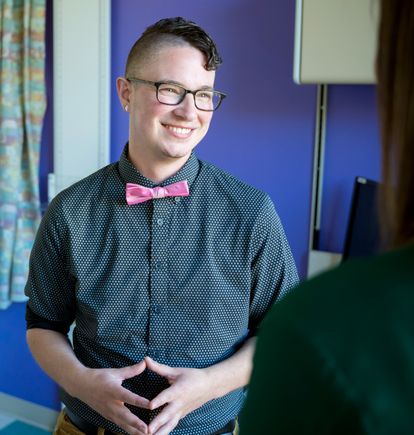 Penkin and Jess Guerriero, M.S.W., M.A., the program’s intake and referral specialist, serve as safe and welcoming points of contact for OHSU transgender patients. While patients wait for their first appointment at OHSU, Penkin and Guerriero answer questions and explain the variety of services OHSU provides. Penkin and Guerriero also accompany patients during exams if patients request their support.

The program leads staff education workshops on transgender health to ensure OHSU continues to grow its inclusive approach. It also was involved in developing a new OHSU policy that ensures individuals can use restrooms and similar facilities according to their gender identity or expression. And it participates in the Human Rights Campaign’s annual Healthcare Equality Index survey, which awarded OHSU a 100% score in 2014, 2015, 2016, 2018 and 2019.

Penkin and her colleagues know change at OHSU and beyond will require persistent, ongoing efforts as society’s views on gender identity slowly evolve. They understand there’s still plenty of room for improvement and are determined to bridge such gaps.

‘In a better place’

The program’s efforts are helping patients like Joshua Riverdale, 45, who traveled to OHSU from rural British Columbia, Canada, for a series of phalloplasty procedures in 2018 and 2019. 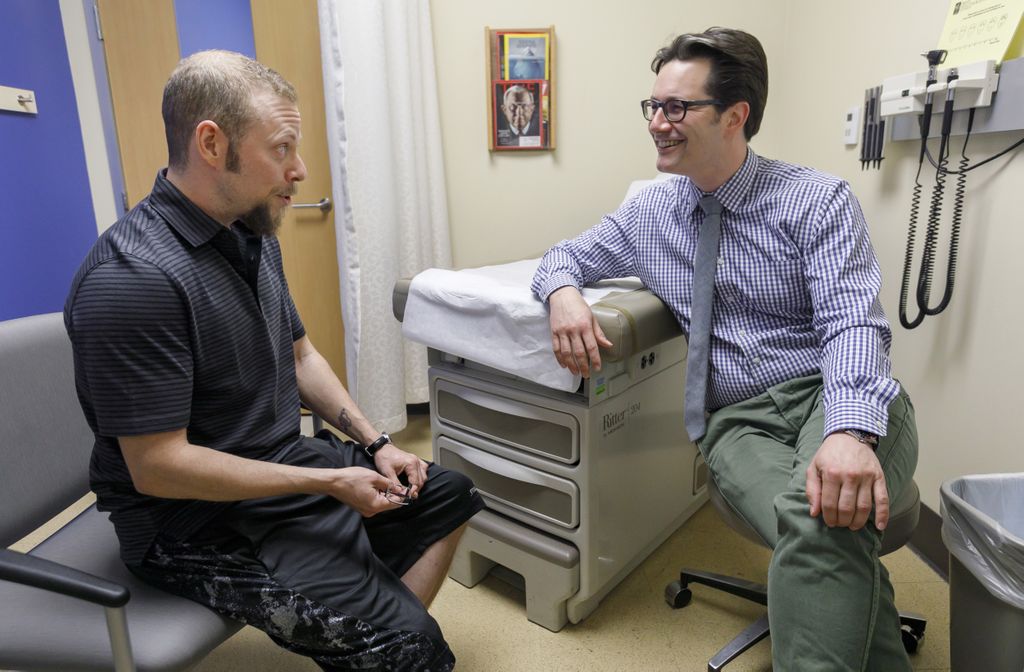 His often-delayed transition began in 2007. He initially had to fight for coverage through British Columbia’s public health insurance and later experienced long waits to see providers covered by his plan. After starting hormone therapy and receiving a hysterectomy and top surgery -- which reconstructs the chest to match a patient’s gender identity -- he decided his next step would be gender-affirming genital reconstruction.

After much research, Riverdale decided he wanted a specific kind of phalloplasty that uses skin from the thigh instead of a more common source, the forearm, to form a penis. OHSU’s Jens Berli, M.D., offers that version and others, but Riverdale had to wait for permission to receive treatment out of the country.

Still, he’s grateful for the phalloplasty.

“I’m definitely in a better place than I ever have been,” Riverdale said. “The more I’m able to be masculine, the more comfortable I am.”

The procedure has lessened everyday anxieties that used to be common for him. For example, Riverdale no longer worries about his safety when using a public restroom.

He added that, unlike many other members of the transgender community, he’s been fortunate to receive quality health care throughout his life.

“I’ve had to wait a long time for an appointment and I’ve had doctors say inappropriate things to me,” Riverdale said. “But I haven’t gone to the emergency room with a broken leg and been turned away because I’m trans, which has happened to others.”

Palmer is also thankful after undergoing top surgery in May 2018. The procedure means she doesn’t have to wear bra inserts and can fill out her own swimsuit at the pool.

“I just feel lighter, more at ease, like ‘oh, I can relax,’ because now I am as I know I am, and people can see me for me,” Palmer said.

She wonders, however, if she would have as many health challenges today if she had felt comfortable seeking health care sooner.

"My health has changed remarkably for the better since I started transitioning," says Molly Palmer, 45. In addition to receiving transition care at OHSU, Palmer has also made drastic lifestyle changes including exercising, eating better and quitting smoking, following healthcare recommendations of OHSU staff. (OHSU/Kristyna Wentz-Graff)

"My health has changed remarkably for the better since I started transitioning," says Molly Palmer, 45. In addition to receiving transition care at OHSU, Palmer has also made drastic lifestyle changes including exercising, eating better and quitting smoking, following healthcare recommendations of OHSU staff. (OHSU/Kristyna Wentz-Graff)

Daniel Dugi, M.D., FACS, co-founder of the Oregon Health & Science University's Transgender Health Program and its surgical medical director. Dugi is one of a handful of reconstructive urologists who primarily focus on gender-affirming genital procedures, such as vaginoplasties, for vaginal construction. (OHSU/Fritz Liedtke)