Reducing the risk of post-incarceration opioid overdose in women 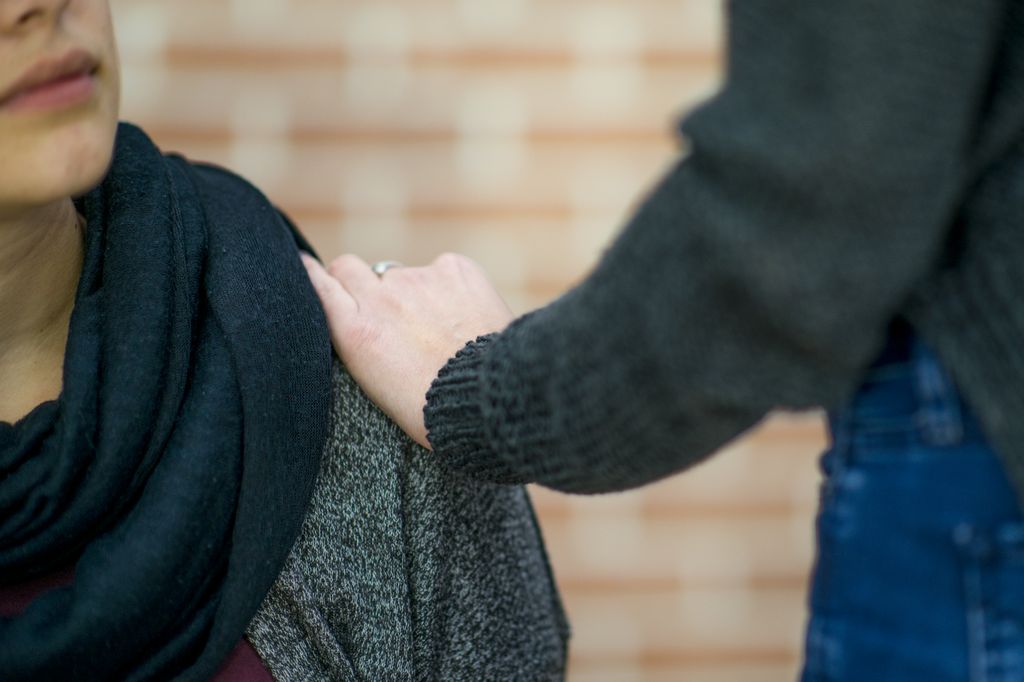 A three-year pilot study will evaluate a new opioid overdose prevention program to help women following their release from incarceration. The program will utilize medication and peer support, with an ongoing link to community substance use disorder treatment, prior to release. (Getty Images)

More than 75% of incarcerated women in Oregon’s state prison system require treatment for a substance use disorder. Further, according to Elizabeth Needham Waddell, Ph.D., an assistant professor in the OHSU-PSU School of Public Health, opioid overdose is a leading cause of death following prison release.

“We know from experiences in other states that women are at a significantly higher risk of opioid overdose compared to their male counterparts,” she says. “Especially in the first few weeks following their release.”

While sex-related differences specific to overdose risk in incarcerated adults are not yet fully understood, there are multiple individual and social factors to consider, Waddell explains. For example, compared with incarcerated men, women have higher rates of substance use disorders and co-occurring medical and mental health conditions. Limited access to treatment, supportive social networks and affordable housing also are related to overdose risk.

“When these factors aren’t considered, and effective links to treatment and recovery support services are not provided prior to release from prison, women are not set up for success in the community and are more likely to return to substance use,” Waddell says. “We need to offer an appropriate continuum of treatment and recovery support that starts before their release.”

Waddell is collaborating with researchers in the OHSU-PSU School of Public Health, OHSU School of Medicine, the Oregon State University/OHSU College of Pharmacy and Comagine Health in conducting a three-year pilot study to evaluate a new opioid overdose prevention program called Reducing Overdose After Release from Incarceration, or ROAR.

Launched in June 2019 in collaboration with the Oregon Department of Corrections, ROAR is specifically designed to meet the unique needs of incarcerated women diagnosed with moderate to severe opioid use disorder. The program, funded by the Centers for Disease Control and Prevention, has already recruited more than 20 participants.

Certified recovery mentor Morgan Nelson works with a number of them. Nelson, formerly incarcerated herself, works for ROAR program partner Bridgeway Recovery Services. She credits a five-year stint in the state prison system with saving her life.

“Many incarcerated women have the odds stacked up against them from the beginning of their time in prison: mental health, addiction and minimal support,” she says. “The experience of being released from prison can be incredibly overwhelming and emotional. It is a realization that the world continued on without you. That children have grown older, that simple things like banking or shopping can be hard in so many ways.”

Nelson believes ROAR can set women up for success and help ease the stressful transition back to their community.

“Now, as a mentor, I get to build relationships with women with similar experiences to mine,” she says.  “The combination of substance use disorder treatment and a mentor’s ability to relate to the challenges of incarceration create a support system that can help to normalize the emotions they are experiencing around release.”

A cross-disciplinary approach, ROAR combines initiation of medication and peer support with an ongoing link to community substance use disorder treatment, prior to release.

In the month before leaving Coffee Creek Correctional Facility, Oregon’s only women’s prison, program participants connect with certified recovery mentors via “reach-in” visits, which help to prepare participants to enter community-based treatment. The visits also help to educate adults in custody about the importance of carrying a nasal naloxone overdose rescue kit, commonly known as Narcan, upon release. All participants are released with Narcan rescue kits provided by the project.

Working with Oregon’s Department of Corrections, Department of Human Services and the Oregon Health Authority, Waddell and colleagues will use vital statistics, hospital and Medicaid data interviews to assess the pilot project’s impact on overdose rates among participants in four Oregon counties -- Clackamas, Marion, Multnomah and Washington -- compared with women released in the rest of the state. Insights obtained from the participants will help the research team assess feasibility and acceptability of scaling up the project in future years.

“We’ll follow these women to learn about their experiences in the program, conducting interviews with them as well as their mentors and clinicians, for six months after their release,” says Waddell, who hopes to involve 100 participants in the program over the next 18 months.

She and the research team hope to see a reduction in overdose rates, and, together with the Department of Corrections, identify concrete, feasible strategies for scaling up the program to reach both men and women incarcerated in Oregon and other states. Results are anticipated 2022.

Expanding substance use research beyond Oregon

In addition to her work with ROAR, Waddell also has been named a principal investigator for Oregon’s effort in the National Institutes of Health Justice Community Opioid Innovation Network, or JCOIN.

A national network of investigators collaborating with justice and behavioral health stakeholders, JCOIN seeks to uncover promising interventions and other approaches to improve the capacity of the justice system to respond to the opioid crisis.