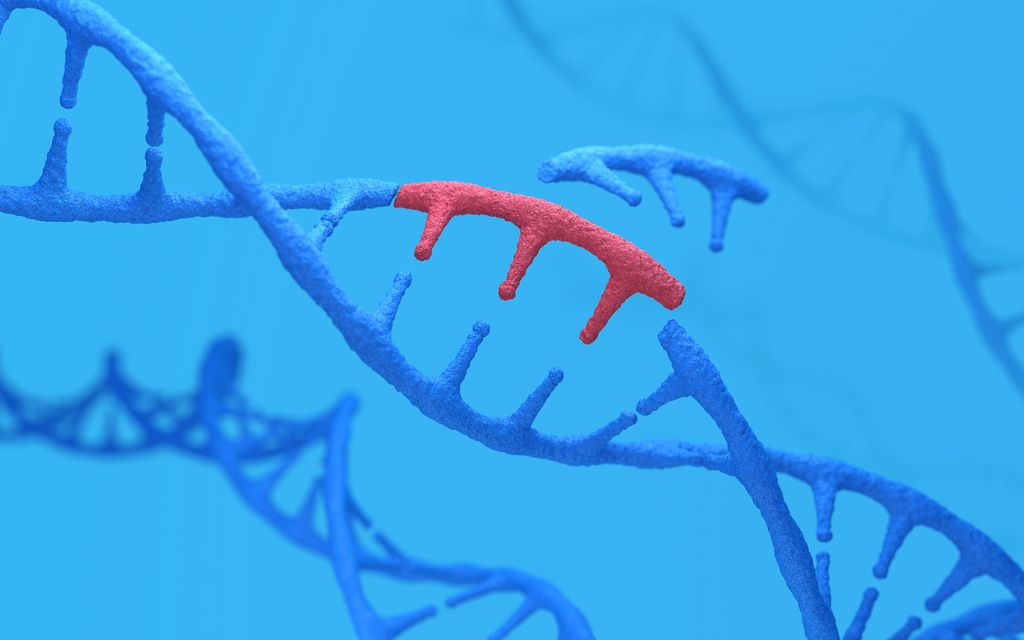 Using a mouse model, researchers have been able to correct the gene expression responsible for Usher syndrome, a disorder characterized by deafness and progressive vision loss affecting an estimated 4 to 17 of every 100,000 people. (Getty Images)

Researchers at the Oregon Hearing Research Center at OHSU, working with mice, injected a specially designed synthetic molecule into the developing inner ear of fetal mice 12 days after fertilization. The study found that the technique corrected the expression of a mutated gene that causes Usher syndrome, a disorder characterized by deafness and progressive vision loss affecting an estimated 4 to 17 of every 100,000 people.

The technique does not directly translate to clinical applications in people. However, the new research combined with previous findings suggests it may be possible to deliver the drug therapy through amniotic fluid in the womb to the fetus.

The findings were published in the journal Nucleic Acids Research.

Scientists designed a synthetic antisense oligonucleotide, or ASO, which targets and then attaches to precise nucleic acid sequences. In this case, the molecule was designed to target pre-messenger RNA, a class of molecules that influences when, where, and how strongly genes are expressed in a cell. When scientists injected the ASO into the developing inner ear of fetal mice carrying the gene mutation, the mice developed with no symptoms of Usher syndrome.

“This shows that direct administration of the ASO to the inner ear restored hearing and balance,” said senior author John V. Brigande, Ph.D., principle investigator for the Oregon Hearing Research Center and associate professor of otolaryngology/head and neck surgery in the OHSU School of Medicine.

Researchers expect to move from a mouse model to nonhuman primates, which more closely model human hearing loss, before the technique would be ready for human clinical trials. Brigande said he expects it will be useful in potentially treating and preventing several types of congenital forms of hearing and balance disorders.

Recently, researchers in the OHSU Casey Eye Institute for the first time used another gene-editing technique called CRISPR to edit genes within the human body. In 2017, OHSU researchers generated worldwide attention when they corrected a gene mutation that causes a deadly heart condition in early human embryos.

“In our complementary approach to gene editing in early-stage embryos in a dish, we seek to correct aberrant gene expression in the fetal inner ear while inside the uterus to restore hearing and balance,” Brigande said. “We think both approaches have high merit.”