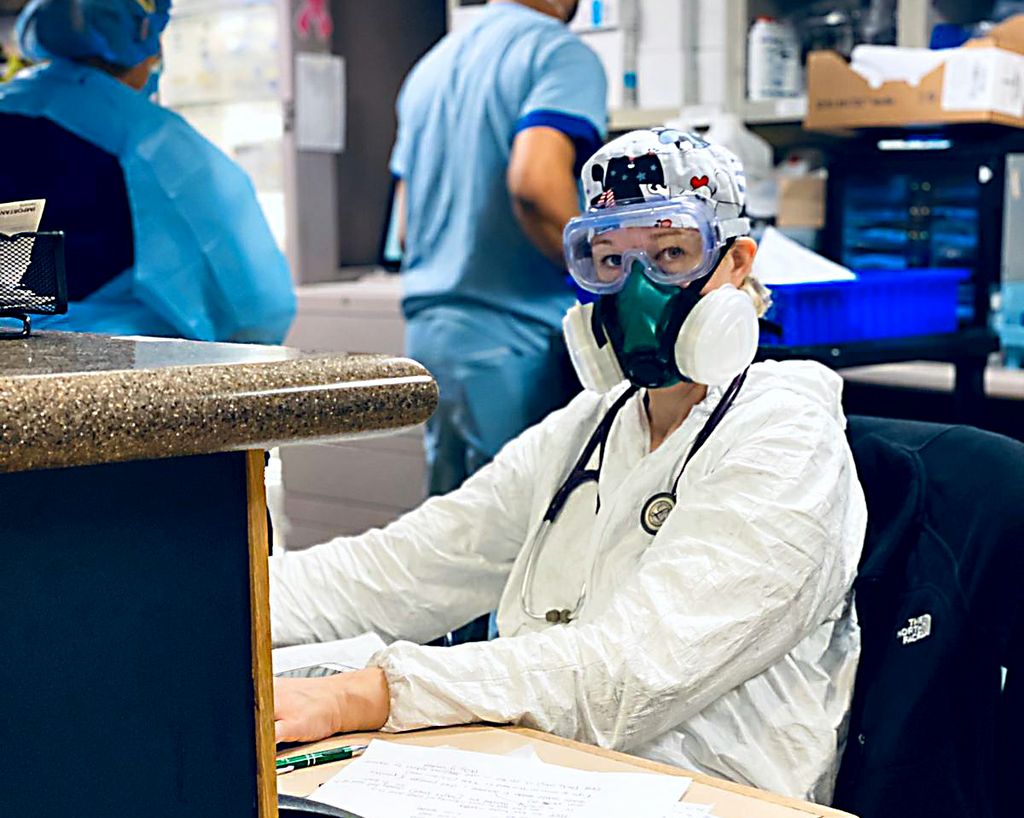 Portland native and Oregon Health & Science University graduate Mary McLean, M.D., is caring for patients in the thick of one of the nation’s worst-hit coronavirus hot spots.

“I didn’t expect to be dealing with the biggest pandemic of the century during the last year of my residency,” said McLean, who graduated from the OHSU School of Medicine in 2017 and is a third-year emergency medicine resident at St. John’s Riverside Hospital in Yonkers, just north of New York City. As of April 28, New York state had nearly 300,000 confirmed COVID-19 cases, compared to almost 2,400 in Oregon.

While she suspects she treated coronavirus patients as early as January, McLean wasn’t able to test for the novel virus until mid-March, at which point she said, “It just started exploding.” Soon after, her approximately 400-bed community hospital became full – despite the fact it had opened four new intensive care units.

“We were completely filled to capacity, we had all the ventilators in use, and we were boarding critical patients in the emergency department,” McLean recalled. “Emergency doctors were not only caring for typical emergency patients, but also providing intensive critical care to COVID patients. We were doing two very important jobs at once.”

Though necessary to contain the virus, perhaps the most difficult part of the pandemic for McLean is not being able to allow family members to visit their loved ones in the hospital.

“It is heart-wrenching,” she said. “Not being able to have family there at the bedside when their loved one may die is very difficult. The best thing you can do is maybe help with a FaceTime call with their family, which might be standing just outside the hospital, worried and crying.” 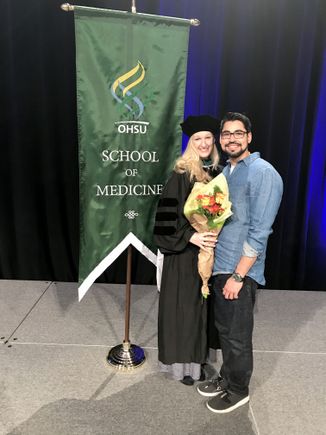 McLean has found she needs to push back personal emotions at work so she can focus on her patients. When she gets home, she makes a point of calling family and talking through her day. Unfortunately, keeping in touch with her loved ones is more difficult because she’s been apart from her husband, Jesus Montiel, since January.

Montiel, who normally travels between New York and Oregon as a clinical informaticist, agreed to stay in Portland when coronavirus cases began to rise. “It’s both a blessing and a curse,” McLean said, noting she doesn’t worry as much about him getting sick when he’s far away from New York.

While she’s treated fewer COVID-19 patients during the past two weeks, McLean expects there will be a second and even a third wave of cases as more people return to work and businesses reopen. In the meantime, she appreciates everyone who is following public health recommendations.

“I want to acknowledge that staying home is not easy,” McLean said. “It’s very, very difficult. My days at home and in isolation are more challenging than actually going to work. The idea of not taking direct action is tough. I have respect for everyone who’s been staying home for the past month and a half.”

“Mary was remarkably resilient,” said Jones, an assistant professor of emergency medicine in the OHSU School of Medicine. “Any time there was a bump in the road, she took it in stride and said ‘this is what I need to do now, let’s go.’ That kind of approach is now paying dividends as she’s able to analytically give care to people in such extreme circumstances. That ‘stick-to-it-iveness’ is really going to be important for this pandemic and the next one.”

McLean is looking forward to the future, which will include continuing at St. John’s Riverside Hospital as an attending physician and a core faculty member.

“The past few months have been difficult, but it’s looking up,” she said. “We’re definitely seeing the light at the end of the tunnel.”

In addition to attending OHSU, McLean also worked and rotated with emergency department staff at Adventist Health Portland as part of her medical education.

Portland native and Oregon Health & Science University graduate Mary McLean, M.D., left, with her husband Jesus Montiel at her graduation in 2017. McLean is caring for patients in the thick of one of the nation's worst-hit coronavirus hot spots. (Photo courtesy Mary McLean)