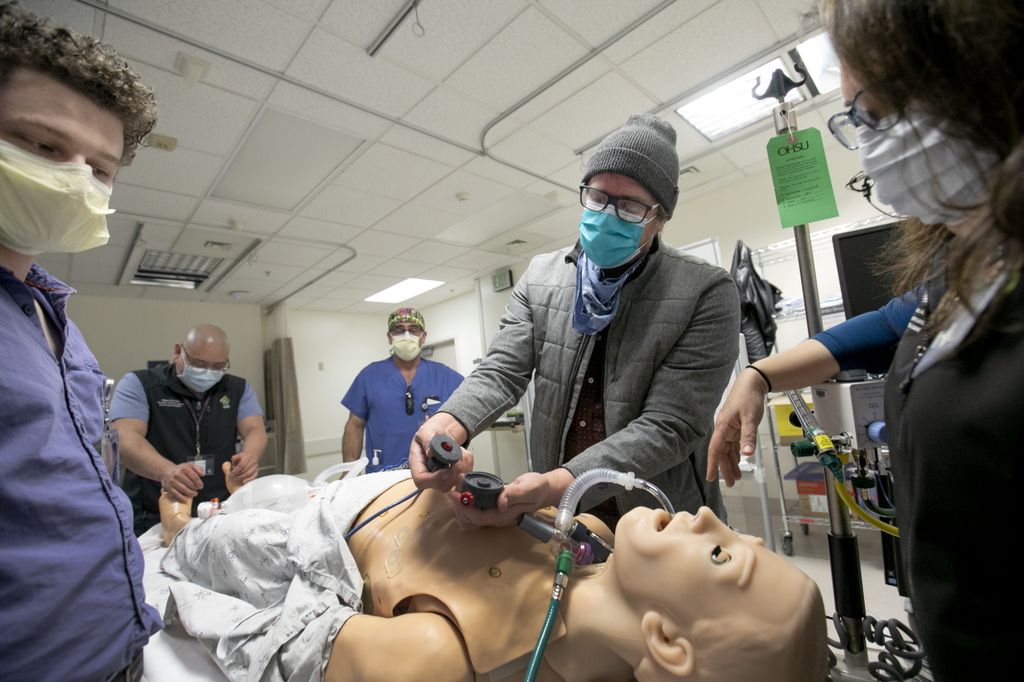 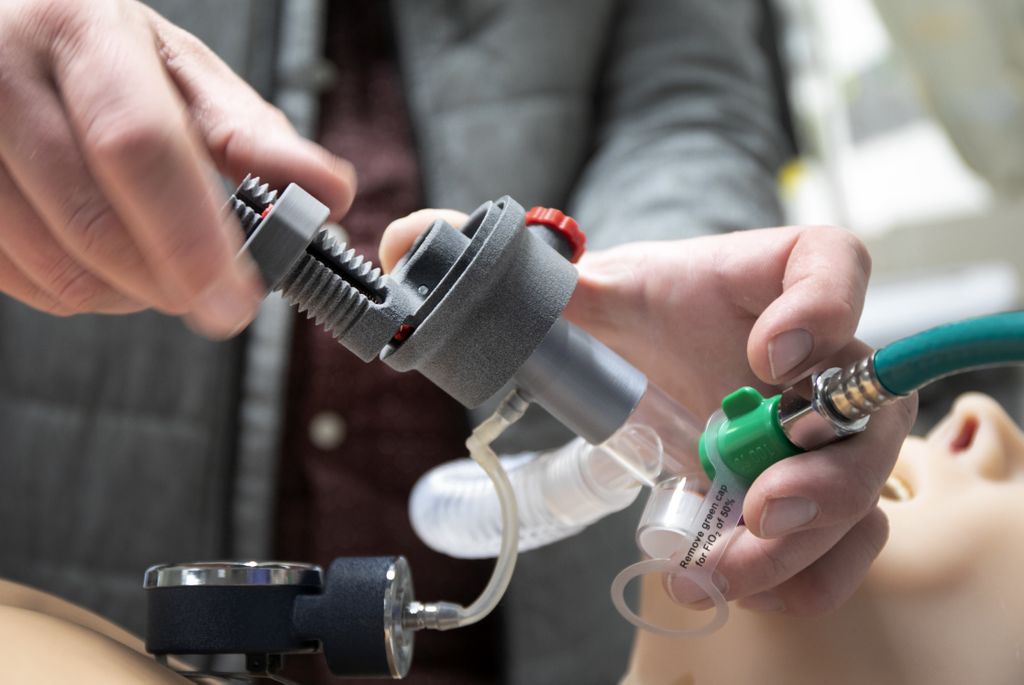 Dr. Albert Chi, left, and Whitney Menzel look over a new ventilator created with 3D-printing technology, at OHSU, April 22, 2020. The design does not require electricity and operates off of a standard oxygen tank. (OHSU/Kristyna Wentz-Graff)

A new ventilator prototype created with 3D-printing technology, is being developed at OHSU. The design does not require electricity and operates off of a standard oxygen tank. (OHSU/Kristyna Wentz-Graff

The team discusses the ventilator performance in an endurance test at OHSU, April 22, 2020. The ventilator prototype is created with 3D-printing technology, and does not require electricity and operates off of a standard oxygen tank. (OHSU/Kristyna Wentz-Graff)

Custom design improves the aesthetic of prosthetic for kids