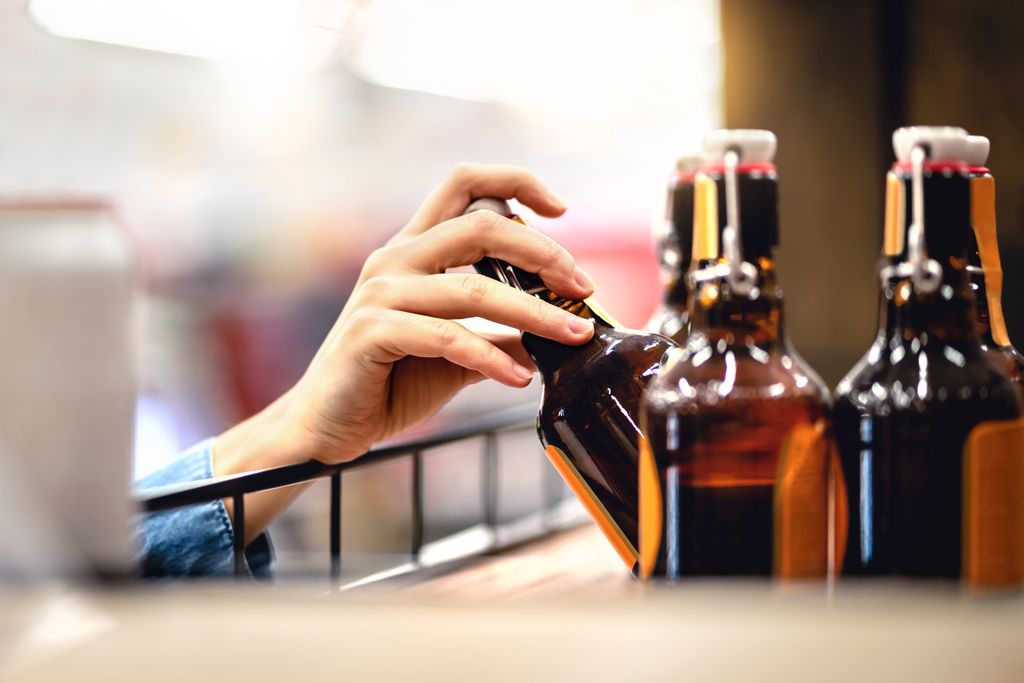 New findings highlight the danger of binge drinking early in a pregnancy, even before a woman realizes she’s pregnant. It also suggests the potential benefit of using in-utero imaging to detect signs of fetal-alcohol syndrome before birth. (Getty Images)

New images reveal the earliest impairments to nonhuman primate fetal brain development due to alcohol ingested by the mother, in a study led by scientists at Oregon Health & Science University involving rhesus macaques.

Magnetic resonance imaging showed impairments to brain growth during the third trimester of pregnancy, even though the fetus was exposed to alcohol only during the first trimester.

The research, published in the Proceedings of the National Academy of Sciences, highlights the danger of binge drinking early in a pregnancy, even before a woman realizes she’s pregnant. It also suggests the potential benefit of using in-utero imaging to detect signs of fetal-alcohol syndrome before birth.

“The earlier the detection, the better,” said senior author Chris Kroenke, Ph.D., associate professor in the Division of Neuroscience at the Oregon National Primate Research Center at OHSU. “Predicting risks for specific impairments means that therapy can start soon after the baby is born, when the brain has the greatest plasticity.”

The study builds upon recent advancements in the quality and resolution of magnetic resonance imaging methods used to examine the fetal brain in utero.

“The goal of this study was to assess the sensitivity of this common clinical diagnostic to detect the impact of drinking binge level intakes of alcohol [4-6 drinks] early in pregnancy to model patterns of drinking in women before they know they are pregnant,” said co-author Kathleen Grant, Ph.D., professor and chief of the Division of Neuroscience at the primate center.

Researchers at the primate center monitored a total of 28 pregnant macaques, measuring brain development through MRIs at three stages of pregnancy. In an experiment that would not be possible to conduct in people, half of the macaques consumed the daily human equivalent of six alcoholic drinks per day while the rest consumed no alcohol.

Imaging during the course of the pregnancy revealed a difference in fetal brain development by the 135th day of a 168-day gestational term, at the beginning of the third trimester. Imaging revealed no difference with the control group measured during the second trimester.

Electrophysiological recordings of the brains following MRI suggested the differences are functionally significant. Aside from validating the potential usefulness as an early diagnostic tool for fetal alcohol syndrome, researchers say the images generated during the study were of high enough quality that they expect it to be useful as a point of comparison for other scientists working in the field.

“The brain atlases described in our paper have been uploaded to a website where other researchers can access it,” Kroenke said.