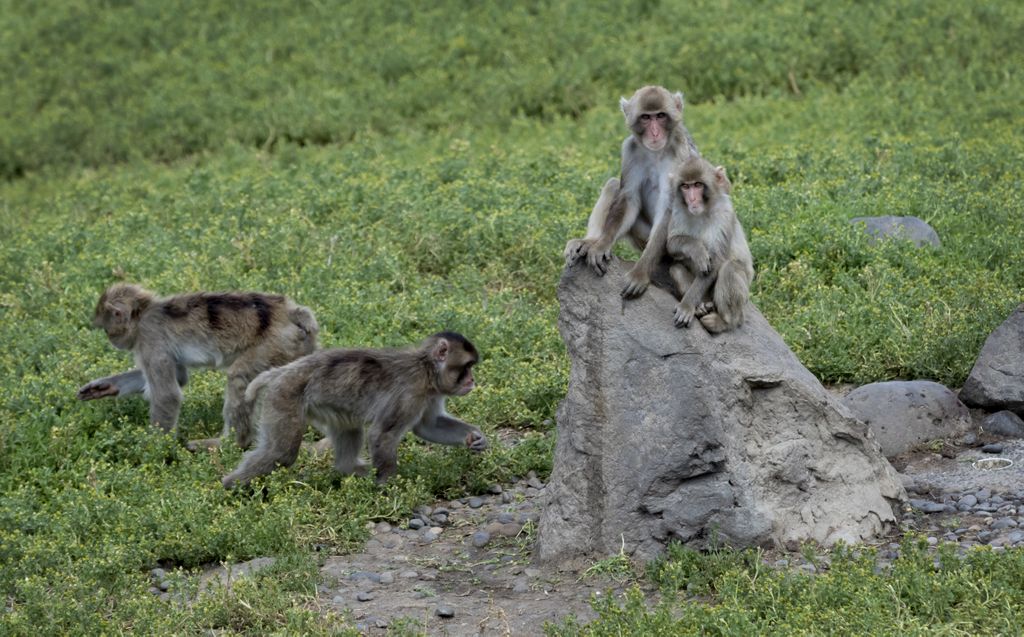 Dr. Elinor Sullivan’s research examines the influence of a maternal high-fat diet on the behavior and physical make-up of nonhuman primates, tightly controlling and monitoring their diet in a way that would be impossible in a human population.

These animals are not fed “junk food”; rather, the adult female monkeys are fed either a control diet of standard monkey chow or a Western-style diet designed to mimic the average American diet (ground oat hulls, casein and wheat flour, which contain a higher content of fat and sugar). Both the control and Western-style diets are manufactured by Purina Mills specifically for the monkeys in this study.

Purpose of our research

The overall objective of this research is to identify early environmental risk factors for mental health disorders such as Attention Deficit Hyperactivity Disorder (ADHD), Autism Spectrum Disorder (ASD), anxiety and depression. Mental health disorders are very common, with 1 in 6 U.S. children diagnosed with a mental, behavioral or developmental disorder. More than 6 million U.S. children currently are diagnosed with ADHD and 4.4 million are diagnosed with anxiety. It is well-recognized that smoking (reported in 7.2% of women) and drinking (reported in 11.5% of women) while pregnant can be detrimental to the developing child. However, few people recognize the influence that a mother’s diet can have on a baby’s brain development and behavior.

We are all familiar with the phrase “You are what you eat.” This concept also appears to apply to children in the prenatal stage of life. Several studies suggest that a mother’s diet can have significant lifelong impacts on the health of their unborn children. More specifically, exposure to a Western-style diet during early development has been hypothesized to pose metabolic risks to offspring and influence their brain development and mental health. Examination of this hypothesis is critically important given the global increase in the prevalence of both maternal obesity and neurodevelopmental disorders in children. In the U.S., two-thirds of women of child-bearing age are overweight and obese, and consume a Western-style diet.

This study examines the influence of a mother’s diet during pregnancy and the early postpartum period on brain development and behavior of her children utilizing a non-human primate model.

Why our research requires the study of animals

It is challenging to study maternal diet in human participants due to difficulty in accurately monitoring food intake and ethical issues related to manipulating the diet of pregnant women. The use of nonhuman primates is important, as they have similar timing of brain development, similar brain structure and similar complex behavior as humans. Further, environmental factors, such as the mother’s diet, can be carefully controlled.

What our videos show

The videos are brief (approximately 30 minutes) behavioral assessments of 74 eleven-month-old Japanese macaques. These juvenile monkeys (approximately equivalent to a 3-year-old human) were born in social groups to mothers fed either a control diet (standard monkey chow) or a Western-style diet (with a higher content of fat and sugar) designed to mimic the average American diet.

The behavioral assessments in these videos comprise the Human Intruder and Novel Object tests. These kinds of tests are standard and commonly used in humans and animals to reliably examine individual differences in temperament (boldness versus shyness), anxiety and stress response in a controlled setting. The tests we use at the Oregon National Primate Research Center were adapted from those conducted in human health clinic settings to assess these same behaviors in infants and toddlers.

In children and other animals, temperament is assessed by measuring an individual’s response to novel stimuli or situations (such as a new environment). The novel stimuli can be social (e.g., an unfamiliar person) or nonsocial (e.g., a new toy or food item). When introduced to novelty, most children will happily approach and inspect it. Anxious or stress-sensitive children, on the other hand, tend not to approach the objects; these children will often remain motionless or may start to cry. Other animals, including monkeys, respond similarly. Measuring temperament, emotional regulation and stress sensitivity is important, as impairments in emotional regulation and increased negative mood are prominent drivers of clinical referral in children with common, early-onset disorders, such as Attention-Deficit Hyperactivity Disorder (ADHD), Autism Spectrum Disorders (ASD), anxiety, and depression.

All of the juvenile monkeys that took part in this study lived within indoor/outdoor social groups, consisting of about 12 to 15 other monkeys. Their enclosures have swings, pools (in the summertime), puzzle feeders and toys for the monkeys to use.

In order to assess their behavior, the monkeys were removed from their group and transported to a behavioral testing suite, where they were placed in a testing cage in which the monkeys had space to walk, climb and explore the environment. You may notice that each monkey is wearing a colorful nylon collar during the video. These collars are color-coded to allow each monkey to be identified when in their social group and house an activity monitor to measure the monkey’s physical activity across the day. They were observed by 2 to 3 people and videotaped from an adjoining room through a one-way mirror for the duration of the assessment (31 minutes). After completion of the test, the monkeys were reunited with the rest of the group. The monkeys were monitored closely by trained observers throughout the test, to ensure their welfare. If at any point, a monkey had shown distress or engaged in behaviors that could potentially cause injury, the test would have been stopped and the monkey immediately returned to their group.

Timeline and detailed description of the behavioral assessment

The following is a detailed explanation of the behavioral studies in juvenile monkeys that took place at the Oregon National Primate Research Center: