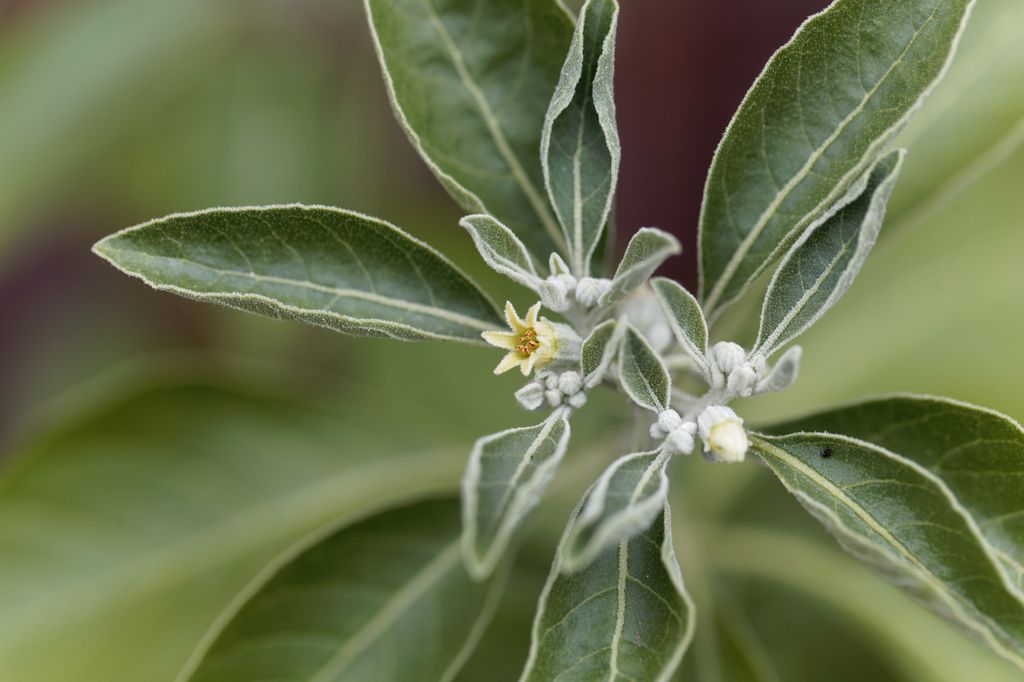 Ashwagandha (Withania somnifera) grows naturally in tropical regions, and is among the most popular dietary supplements sold in the United States. (Getty Images)

The OHSU Botanical Research Center is a collaboration between OHSU, Oregon State University, the University of Mississippi and Redmond-based Oregon’s Wild Harvest.

Together, researchers at the new center will conduct interactive scientific research over the next five years examining biological effects, chemical properties, and reliable cultivation methods for two botanicals known as Gotu kola (Centella asiatica) and Ashwagandha (Withania somnifera). Both herbs grow naturally in tropical regions, and they are among the most popular dietary supplements sold in the United States.

“The ultimate goal is to do the research that will inform good-quality clinical trials for both of these botanicals,” said Amala Soumyanath, Ph.D., director of the center and associate professor of neurology in the OHSU School of Medicine. “We expect to clarify and expand on traditional knowledge about these herbs’ effects on measures such as mood, sleep and memory.”

The center was officially awarded today by the Office of Dietary Supplements and National Center for Complementary and Integrative Health, both part of the National Institutes of Health. It’s funded at $6 million over five years.

Although many of the qualities of these botanicals are well established, in some cases with traditional uses dating back millennia, Soumyanath said the new center will enable researchers to cultivate and measure chemical properties of the botanicals under tightly controlled conditions. They will then be able to discern specific properties associated with particular components of the herbs, such as how they affect various aspects of brain health or function.

Improving knowledge about the active compounds, and their required doses, will lead to reliably effective dietary supplements.

“We have a wealth of knowledge that comes from traditional use of various botanicals,” Soumyanath said. “But, practically speaking, if you look on the shelves you’ll find multiple products made of a given botanical and they vary a lot. The dose, how they were grown, where they were grown, how they were processed – all of these things will affect the constituents in that product and its efficacy.”

The center will investigate whether there are specific biomarkers related to the mechanisms of action of these botanicals, and determine whether that can be measured through blood tests or magnetic imaging of the brain in future clinical studies in people.

These future studies will be performed in collaboration with scientists in the OHSU Layton Aging and Alzheimer’s Disease Center.

In fact, the center will encompass several individual research initiatives already underway. For example, Soumyanath and Nora Gray, Ph.D., assistant professor of neurology in the OHSU School of Medicine, will extend their previous laboratory work and collaboration with OSU examining the role of Gotu kola in potential clinical treatment of cognitive impairment and Alzheimer’s disease.

Joseph Quinn, M.D., professor and vice chair of neurology in the OHSU School of Medicine, said the NIH designation is a coup for the university.

“To bring this to OHSU is really a big deal,” he said. “I’ve been skeptical about botanicals, but Amala has really made a believer of me. These compounds can have very significant effects in the lab and in the clinic.”

OHSU is among three NIH-supported botanical research centers across the country.

“This is an exciting opportunity to advance the study of complex natural products and to build transdisciplinary research capacity within the new centers and among the greater natural products research community,” said Joseph M. Betz, Ph.D., acting director of the NIH Office of Dietary Supplements.

OHSU’s center will be a collaboration between OHSU, which will handle the administrative oversight and detailed evaluation of biological effects; Oregon State University, which will provide expertise in chemical analysis, phytochemistry and electrophysiology; Oregon’s Wild Harvest, which will grow the botanicals in central Oregon; and the University of Mississippi’s National Center for Natural Products Research, which will apply DNA analysis to ensure correct identification of the botanicals studied and perform an important advisory role.

This project was made possible by Grant Number U19 AT010829 from the National Center for Complementary and Integrative Health (NCCIH) and the Office of Dietary Supplements (ODS).

Amala Soumyanath, Ph.D., director of the center and associate professor of neurology in the OHSU School of Medicine. (OHSU)