A founding member of the OHSU Department of Behavioral Neuroscience, Dr. Matarazzo served for 45 years as a distinguished faculty member, advocate for women in science
By Rachel Shafer November 25, 2020 Portland, Oregon 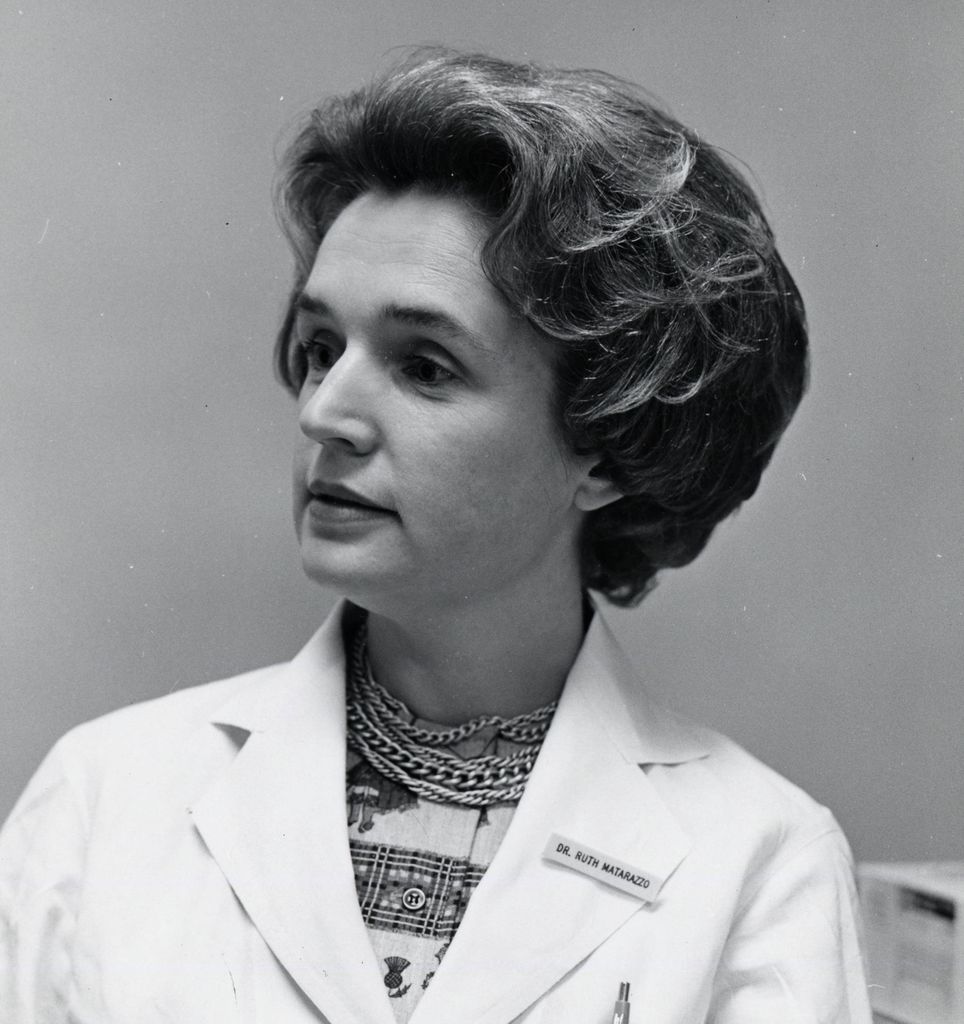 “She was a founding member of our department and served for 45 years as a distinguished faculty member and advocate for women in science,” said Bita Moghaddam, Ph.D., chair and professor of behavioral neuroscience, OHSU School of Medicine, and the Ruth G. Matarazzo Professor of Behavioral Neuroscience.

Matarazzo was born in 1926 in New London, Connecticut. She went to Pembroke College for women at Brown University graduating in 1948 in psychology, and stayed on for a year in graduate studies. She met Joseph (Joe) Matarazzo, also in graduate psychology, whom she married in 1949.

She earned her Ph.D. from Washington University in 1955 and became the first woman admitted to the St. Louis V.A. Medical Center clinical psychology internship program. She joined Harvard Medical School as a research fellow and later became a staff psychologist at Massachusetts General Hospital.

The Matarazzos became interested in the relationship between medicine and psychology, which was then an emerging discipline. They were recruited by then-Dean David Baird to establish the first medical psychology department at University of Oregon Medical School, OHSU’s precursor, now called the Department of Behavioral Neuroscience.

Ruth Matarazzo arrived as the second full-time female faculty member at the school and went on to serve as a distinguished researcher, clinician and educator. She specialized in neuropsychology, treating patients with brain injuries and psychiatric conditions, and serving as a well-regarded expert witness in court cases.

Joe Matarazzo, Ph.D., professor emeritus of behavioral neurosciences, OHSU School of Medicine, recalls how shortly after they arrived in Portland, she began treating a young man with a psychiatric condition and continued to care for him once a month for 40 years.

“With her care, he was able to stay out of the state hospital and sustain himself,” Joe Matarazzo said. “She would say that’s one of her proudest accomplishments.”

Another of her achievements was her leadership in helping women in medicine and science. She arrived at the school eight months pregnant and worked until she gave birth to her first child. Her example helped changed policy for working women at OHSU, particularly nurses, allowing them to work longer during their pregnancies if they chose to do so.

She served as a liaison to the AAMC advocating for women faculty, including the participation of women on medical school committees, changing patterns of behavior and pay parity.

As an educator, she taught and supervised medical, psychology and psychiatry residents and fellows, mentored female students and residents and published widely. She served on numerous editorial review boards.

Ruth Matarazzo held leadership positions in local, regional and national psychological associations, and in 2007, she received the Presidential Award of the American Psychological Association for her lifetime of professional contributions and public service.

In her spare time, she was active in civic affairs and clubs, including the Portland Opera.

She is survived by Joe, son Harris, daughters Elizabeth and Sara, five grandchildren and one great-grandchild.

In lieu of flowers, the family kindly requests that gifts be made in support of the Ruth Matarazzo Professorship in Behavioral Neuroscience at the OHSU Foundation.