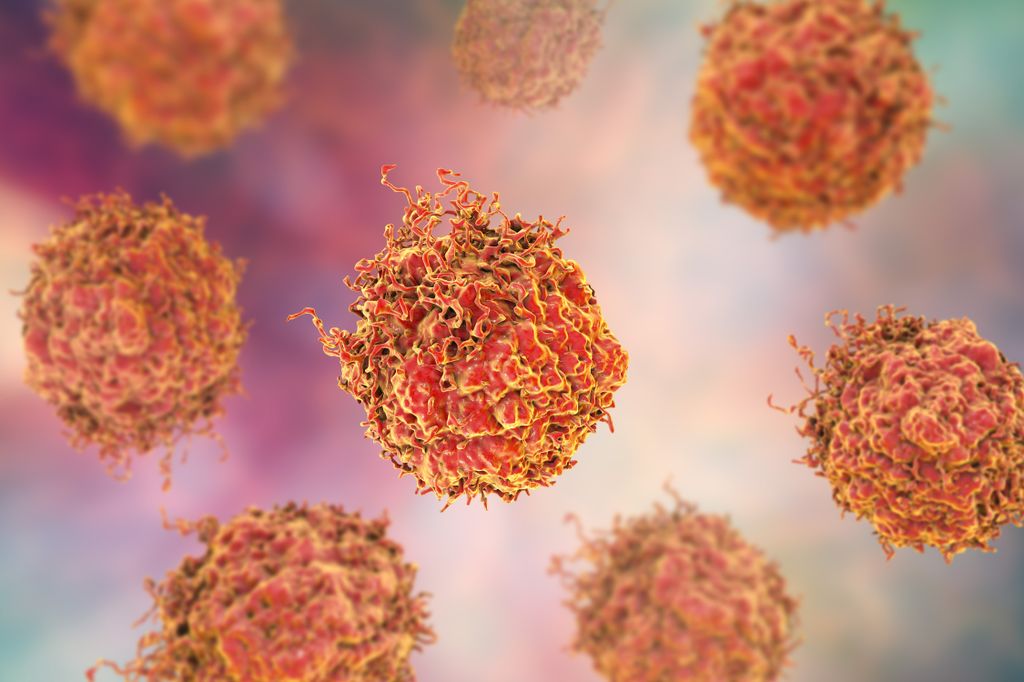 A new kind of prostate cancer treatment tested at OHSU combines a targeting compound with a radioactive isotope to irradiate and kill cancer cells, sparing most normal tissues. (Getty Images)

Cancer researchers say they have established a new, life-extending treatment option for men with prostate cancer that has spread and become resistant to hormone therapy. The injected treatment combines a targeting compound with a radioactive isotope to irradiate and kill cancer cells.

An international clinical trial sponsored by Endocyte, Inc., a Novartis company tested the targeted radioligand therapy in study participants with advanced prostate cancer. All subjects had cancers that had spread to other organs and continued to progress after previous treatment with two kinds of drugs, androgen axis inhibitors and taxanes. The experimental treatment significantly extended survival, delayed progression and was generally well tolerated by study subjects, researchers said.

“This is a completely new treatment option that extends life and disease control in metastatic castration-resistant prostate cancer – the most aggressive and deadly type,” said Tom Beer, M.D., one of the study leaders and deputy director of the Oregon Health & Science University Knight Cancer Institute.

The added option is particularly important, Beer said, because the existing most effective treatments developed for metastatic castration resistant prostate cancer are now being used to treat early-stage disease.

“Some of our best treatments are being used earlier, so by the time you get to metastatic castration resistant disease, you have fewer options,” he said.

Beer is a co-author of the presentation of the results at the American Society of Clinical Oncology Annual Meeting on Sunday. The OHSU Knight Cancer Institute was among the top sites for enrolling subjects.

The experimental therapy is called Lutetium-177-PSMA-617. It carries the radioactive isotope Lutetium-177 and targets prostate-specific membrane antigen, or PSMA, a protein that appears on the surface of most prostate cancer cells. After injection into the bloodstream, the drug binds to prostate cancer cells bearing PSMA, and thus delivers radiation selectively to the cancer. The emitted beta particle radiation works over short distances to limit damage to surrounding tissues.

More than 80 percent of advanced prostate cancers bear the PSMA protein, and patients with PSMA-bearing tumors can be identified with a PET scan.

The randomized, phase 3 clinical trial enrolled more than 800 subjects at 84 sites. They were randomly assigned to receive Lutetium-177-PSMA-617 in addition to standard of care, or to receive standard of care alone. Those in the experimental therapy group received intravenous infusions of the radioligand therapy once every six weeks for up to six cycles.

Researchers said the effect of Lutetium-177-PSMA-617 treatment on overall survival was substantial especially given that all of the subjects enrolled had disease progressing despite treatment with modern androgen axis inhibitors and taxane chemotherapy. They said ongoing trials will address the question of whether the targeted radioligand therapy can provide therapeutic benefit earlier in the treatment sequence than was the case in the present clinical study.

“It’s pretty well tolerated,” Beer said. “I think it’s going to be an asset in treating cancer without taking a big toll on patients.”