Honoring the OHSU-VA partnership that continues to pay it forward

On Veterans Day, we salute all who served and who continue to do so through participation in medical research that benefits generations to come
By Erin Hoover Barnett November 10, 2021 Portland, Oregon 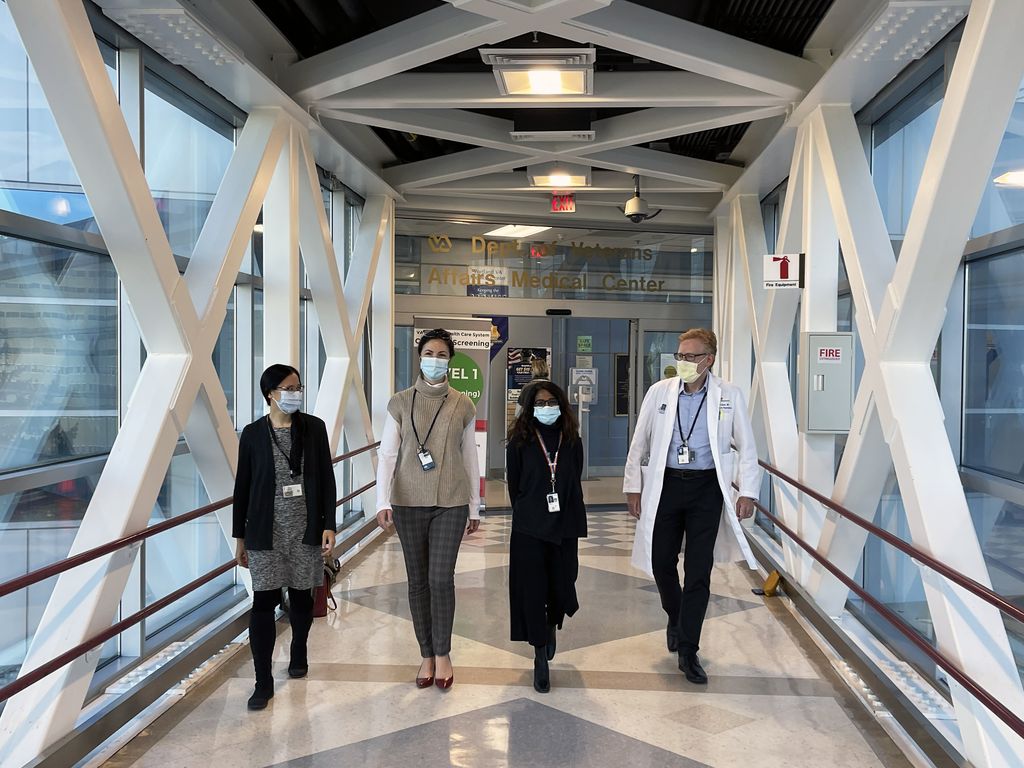 Muriel Lezak, Ph.D., was early in her career as a pioneering neuro-psychologist and seminal textbook author when she discovered what generations of OHSU researchers have since come to realize: the immense value of caring for patients and doing research to improve patient care at OHSU’s long-time partner institution, the VA Portland Health Care System. 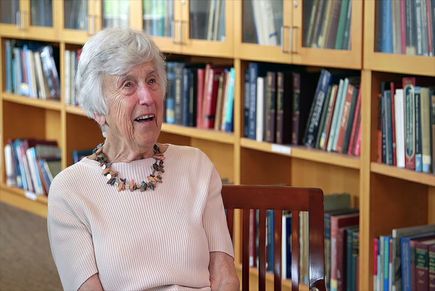 Pioneering VA and OHSU neuro-psychologist Muriel Lezak, Ph.D., professor emeritus of neurology and psychiatry, OHSU School of Medicine, in the OHSU Neurology Library for an oral history interview in 2016 with the OHSU Historical Collections & Archives. Lezak died in October at age 94. (OHSU)

“I started in ‘66 and that’s when the boys were starting to come home from Vietnam,” said Lezak, then a clinical psychologist at the VA, in an oral history interview with the OHSU Historical Collections & Archives in 2016. “I became curious with what’s going to happen to them, because we had everything from mildly moderate (brain) injuries to severe injuries. There was really very little information at that time about the consequences of various kinds of head injuries.”

The brain was like a “black box,” Lezak said, with the first CT scan not developed until 1971. The ability to not only try to help a cohort of patients in the moment but also study their conditions and formulate better approaches to help them – and their families -- cope if not heal was a remarkable opportunity.

Lezak, who practiced at the VA until 1985 when she became faculty in the OHSU School of Medicine Department of Neurology and also later in the Department of Psychiatry, died Oct. 6 at the age of 94, after helping blaze the trail between OHSU and the VA that many have since followed. Faculty have moved from one institution to the other or served both for decades. Today, more than 560 faculty hold joint appointments at the VA and OHSU. Their physical proximity on Marquam Hill fuels collaborations, which intensified beginning in 1993 when the skybridge was built.

“Having worked at four other VA-university affiliates in my past, I believe the partnership between OHSU and the Portland VA is quite unusual,” said Miranda Lim, M.D., Ph.D., an associate professor of neurology, behavioral neuroscience and medicine (pulmonary and critical care medicine), OHSU School of Medicine, affiliate scientist at OHSU’s Oregon Institute of Occupational Health Sciences, and a staff physician at the VA Portland Health Care System. Lim is working with researchers across the country to develop a new device to enhance deep sleep.

“We are strongly positioned to offer unique opportunities for collaboration in research,” Lim said. “Our campuses are connected via a five-minute walk indoors, allowing faculty and trainees to flow bidirectionally multiple times a day. The Portland VA is ranked No. 6 in the U.S. in federal and private research funding, which is also nicely matched to the breadth and depth of OHSU’s research portfolio. This equally weighted partnership is not the case at most other VA-university affiliates elsewhere. All of this has allowed scientists at both campuses to grow our local partnerships both organically and seamlessly.”

Kathleen Carlson, Ph.D., M.S., associate professor of epidemiology, OHSU-PSU School of Public Health, and core investigator at the VA Portland Health Care System, Health Services Research & Development Center of Innovation, examines the spectrum of injury prevention and control in her research, from the epidemiology of intentional and unintentional injuries to the rehabilitation of military veterans with traumatic brain injury and other combat injuries.

“Being a scientist for veterans' health is incredibly compelling,” said Carlson, whose current research examines gun violence and other firearm-related injuries, opioid-related injuries, and the short- and long-term functional outcomes of veterans’ traumatic brain injury. “These are individuals who have tangibly sacrificed for our country. They have a service orientation, and it’s an honor to work with them. Even on the hardest of days, there's always that mission that is really heart-tugging, and that keeps us going.”

As an epidemiologist, she views the VA as a powerful model to understand all the ways that a nationwide, integrated health care system can benefit public health. And the veteran population is diverse – from race and ethnicity to ability – allowing for research that can uncover the health impacts of racism, other ‘isms, and structural inequities that are baked into our military and other institutions. This diversity also allows researchers to study differences in the ways that various communities respond to treatments, a challenge in many biomedical science institutions that struggle to recruit diverse participation in clinical trials.

“I get to examine patterns of health and health care use across large and diverse cohorts of veterans, study how preventive services within the health care system may improve health and prevent injury among those veterans, and test new ideas out in real-world VA settings,” Carlson said.

She also noted the relatively unique opportunity to track individuals over long periods of time because veterans tend to enroll in the VA and stay connected over their lifetimes. This is the basis for a study she leads on traumatic brain injury and whether or not it’s associated with early dementia.

Benefitting veterans and beyond

The U.S. Department of Veterans Affairs carefully stewards the VA research portfolio, noted David M. Cohen, M.D., associate chief of staff for research and development at the Portland VA and professor of medicine (nephrology and hypertension), OHSU School of Medicine, seeking maximum benefit for veterans even as the research also benefits the nation as a whole.

The VA prioritizes veteran access to national clinical trials; increasing the real-world impact of research by bringing results from lab to patient as rapidly as possible; putting VA data to work for veterans; actively promoting diversity, equity and inclusion, and building community through research.

The richness of the VA data set is exemplified by the Million Veteran Program, a national research program launched in 2011 to learn how genes, lifestyle and military exposures affect health and illness. More than 825,000 veteran partners have joined the program, one of the world's largest on genetics and health, including more than 25,000 veterans who have enrolled through the Portland VA.

For Muriel Lezak, working with veterans led to demystifying the painful and confusing experiences that veterans – and civilians -- with traumatic brain injuries and their families experience.

“So, we would have wives coming in and telling about the difficult problems they were having with these guys who were back from the war… . The people they married were no longer there. It was somebody else who was similar, looked pretty much the same, but in critical ways was no longer the person who they were able to love and interact with comfortably.”

Lezak developed protocols for assessing brain disorders. Yet it was the relationships she built and observations she made working with patients and families at the VA that led to her ground-breaking text book, “Neuropsychological Assessment,” first published by Oxford University Press in 1976.

In the book, Lezak focused on understanding and treating the unique needs of individual patients rather than relying only on a limited series of tests. The textbook remains the standard to this day.

The fourth edition, to be published in 2023, will have an updated title: “Lezak’s Neuropsychological Assessment.”

An obituary for Muriel Lezak by Douglas Perry in The Oregonian provided important background for this story.

Pioneering VA and OHSU neuro-psychologist Muriel Lezak, Ph.D., professor emeritus of neurology and psychiatry, OHSU School of Medicine, in the OHSU Neurology Library for an oral history interview in 2016 with the OHSU Historical Collections & Archives. Lezak died in October at age 94. (OHSU)