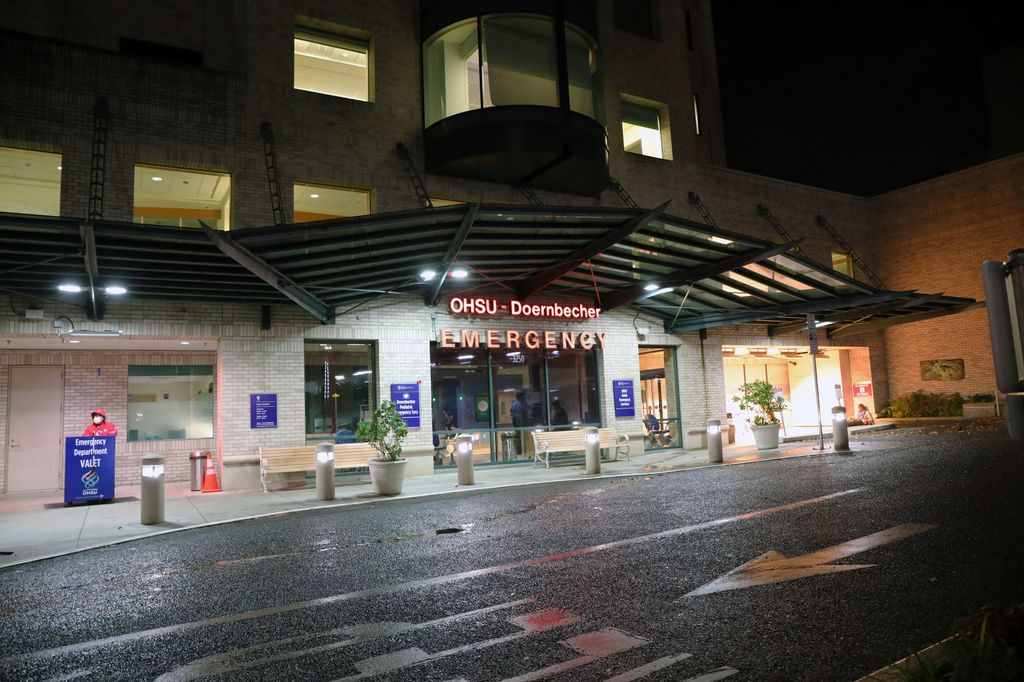 Oregon should expect a wave of infections from the new omicron variant based on early indications of heightened transmissibility, according to this week's COVID-19 forecast by OHSU's Peter Graven, Ph.D. (OHSU/Christine Torres Hicks)

It will be increasingly important for Oregonians to get their vaccine booster if the state is to continue its overall decline in hospitalizations from COVID-19, according to the latest forecast from Oregon Health & Science University.

The new forecast shows hospital census staying stubbornly high through December. Today’s update incorporates new estimates of vaccine effectiveness combined with evidence that Oregonians are tiring of measures to prevent the spread of the virus.

OHSU lead data scientist Peter Graven, Ph.D., said that Oregon should expect a wave of infections from the new omicron variant based on early indications of heightened transmissibility in South Africa, the United Kingdom and elsewhere around the world.

“We’re on the edge here,” said Graven, director of the OHSU Office of Advanced Analytics. “The delta variant remains high in Oregon. If omicron turns out to cause severe illness and hospitalization, we would see serious strain on hospital resources.”

The new forecast slightly reduces vaccine effectiveness from 90% to 87% against severe illness, although vaccine boosters appear to maintain solid protection. The new forecast keeps the statewide hospital COVID-19 census above 200 through the end of February – roughly a month longer than last week’s forecast.

Oregonians have an opportunity to curtail severe illnesses and deaths by stepping up measures such as masking in indoor public spaces.

“We could start seeing a mild increase in hospitalizations from the delta variant,” Graven said. “The masking rate is going to be critical for preventing that.”

In addition, he said increasing the number of Oregonians who receive vaccine boosters six months following their primary series will help alleviate continued severe strain on health care resources in Oregon. Another one in five Oregonians 18 and older have not been vaccinated at all.

A total of 392 people remained hospitalized in Oregon as of Friday, Dec. 10, according to the latest figures from the Oregon Health Authority. That’s down from a pandemic peak of 1,187 on Sept. 1, but slightly higher than the 384 people hospitalized a week before.

Oregon should expect a wave of infections from the new omicron variant based on early indications of heightened transmissibility, according to this week's COVID-19 forecast by OHSU's Peter Graven, Ph.D. (OHSU/Christine Torres Hicks)