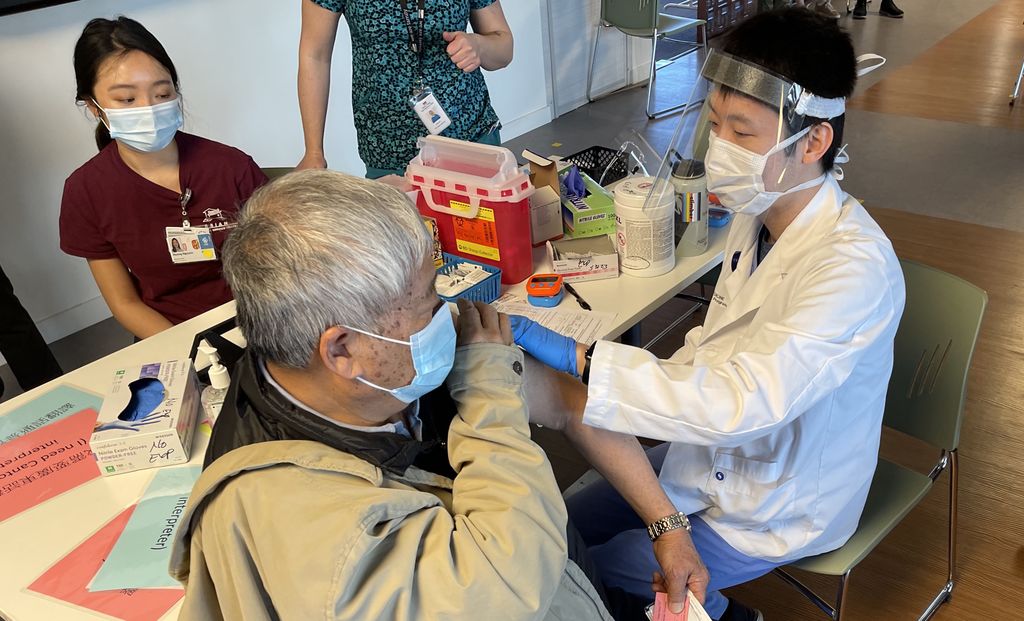 The omicron variant will drive a wave of severe illness that will eclipse previous surges of hospitalization in Oregon, according to an updated statewide COVID-19 forecast from Oregon Health & Science University.

The forecast highlights the importance of booster shots, especially for those most vulnerable to severe illness such as those who are immunocompromised or older adults living in congregant settings.

“We have about two to three weeks before we’ll see omicron accelerate and become the dominant strain of SARS-CoV-2 circulating in Oregon,” said Peter Graven, Ph.D., director of the OHSU Office of Advanced Analytics. “We expect that cases will ramp up quickly.”

Oregon recorded its first three cases of the omicron variant earlier this week.

Data from the United Kingdom and Denmark, with immunity profiles similar to Oregon, indicates that immunity in those countries has been reduced by about half. Since the first cases were detected there almost three weeks ago, it is now doubling every two to three days and will soon be the dominant strain.

Although the overall rate of severe illness appears to be lower with omicron than previous variants, it is still causing some level of severe illness among previously vaccinated people especially among vulnerable populations who have not yet received a booster vaccine. Combined with its rampant transmissibility – as much as three times as contagious as the delta variant – the new OHSU projection forecasts extreme strain on Oregon hospitals starting in mid-January.

“Too many people will fall through the cracks and need hospital beds,” Graven said.

Cases will continue to rise until peaking in mid to late February, according to the forecast.

A total of 389 people were hospitalized statewide in Oregon as of Thursday, Dec. 16, according to the latest figures from the Oregon Health Authority. That’s down from Oregon’s previous pandemic peak of 1,187 on Sept. 1.