Pathway to better eye health runs through the gut 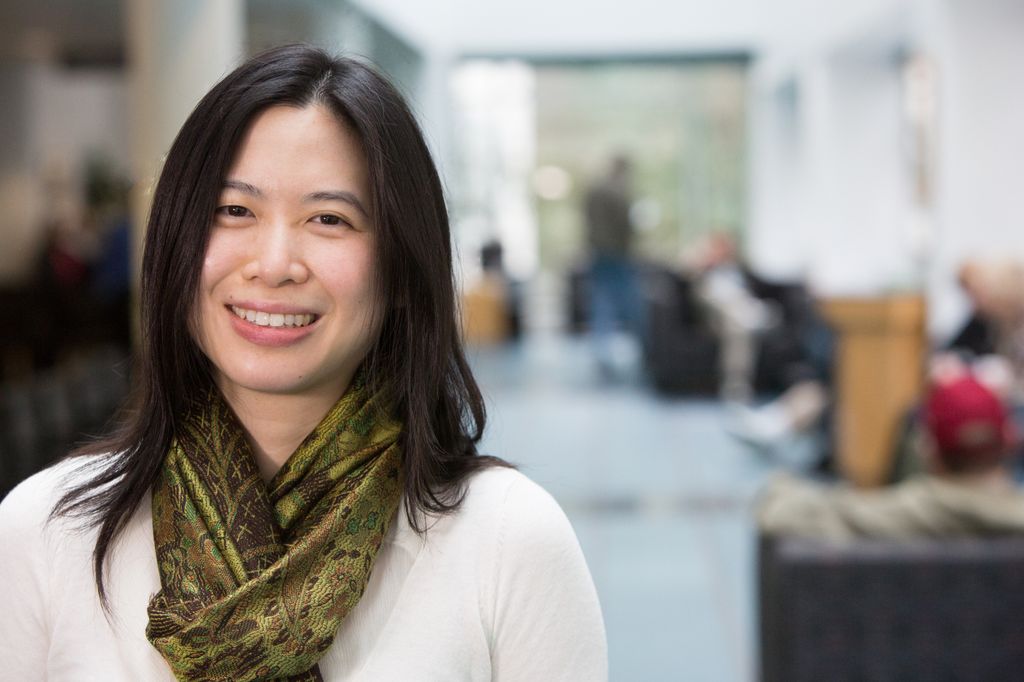 Call it the gut factor.

In the years following the launch of the NIH Human Microbiome Project in 2007, scientists have uncovered all kinds of evidence linking gut microbes to our immune system and the origins of inflammatory immune conditions such as multiple sclerosis and rheumatoid arthritis.

About 70% of the human immune system is found in our gastrointestinal tract, where it interacts with the gut microbiome: a complex ecosystem of microorganisms comprising trillions of bacteria, viruses, fungi, yeast and their genetic material.

And yet researchers are just starting to learn how the gut microbiome works.

Phoebe Lin, M.D., Ph.D., an associate professor of ophthalmology in Oregon Health & Science University’s School of Medicine and a physician-scientist at the OHSU Casey Eye Institute, is part of a select group of researchers working to broaden our understanding in the realm of eye health.

Chronic noninfectious uveitis is a form of eye inflammation that, if left untreated, leads to vision loss and even blindness. Current treatments, Lin explains, use broad anti-inflammatory medications such as corticosteroids that can cause serious side effects such as cataracts and glaucoma.

Lin says that limited safe and effective treatments for patients with this form of eye inflammation drives her research.

“I’m asking the questions my patients inspire me to ask, designing experiments to answer those questions and testing them in my lab,” she said.

Research from Lin’s lab has firmly established a gut-eye association in animal models. Studies in mice have demonstrated that severity of inflammation from uveitis is partially related to a reduction in regulatory T cells – called Tregs – in the gut. Normally, Tregs help prevent inflammation.

Lin and colleagues found that certain interventions, such as giving mice a dose of organic compounds known as short-chain fatty acids or a dose of oral antibiotics, could enhance the number of Tregs in the gut as well as alter intestinal permeability and structure. All of these changes were also associated with decreased eye inflammation.

With those promising results from her preliminary data, Lin secured her first R01 grant in August 2021 from the National Eye Institute, which is part of the National Institutes of Health. The five-year grant for a total of up to $2.45 million will enable her to investigate how intestinal microbes and the immune system can be rebalanced to better treat uveitis.

Lin is elated. The goal of her five-year project, she explains, is to lay the foundation for new, targeted medications for uveitis.

A cause for celebration

Research by clinician-scientists like Lin helps push the frontiers of medicine. Lin earned her M.D. and Ph.D. in a combined program at the University of Illinois-Chicago. She completed a fellowship in vitreoretinal surgery and diseases at Duke University and joined the OHSU faculty in 2012.

Under former Dean Sharon Anderson, M.D., the OHSU School of Medicine established the Physician-Scientist Program in 2018 to sustain the work of promising investigators as they establish their research programs. Following completion of an NIH grant called the Mentored Clinical Scientist Research Career Development Award, Lin became the first recipient of the OHSU School of Medicine’s Physician-Scientist Transitional Support Award. The $100,000 in funding over a two-year period helped support her research while she transitioned to independent R01 funding.

In addition, the OHSU Presidential Bridge Fund, which is supported by OHSU Executive Vice President and Chief Research Officer Peter Barr-Gillespie, Ph.D., and the OHSU Office of the Vice-President for Research, provided Lin with $50,000 to further bridge the gap and collect the data she needed to have a competitive RO1 grant application.

“That moment when you get your first R01 is such a cause for celebration,” said Mary Heinricher, Ph.D., associate dean of research, OHSU School of Medicine, who oversees the Physician-Scientist Program. “We’re so pleased to see Dr. Lin reach this milestone and applaud her success.”

Heinricher added, “Efforts like hers advance our understanding of disease and catalyze new approaches for improving the health of patients. This outcome validates Dean Anderson’s vision of supporting and promoting the vital work of physician-scientists.”

Lin, for her part, is excited to expand her lab and dig deeper into the mechanisms that gut microbes use to protect the eye from inflammatory diseases. It’s all motivated by the patients she cares for at OHSU’s Casey Eye Institute.

“We’ve hit on something really novel that has the potential to make a difference for people living with uveitis,” she said.

Lin’s project, Intestinal T cells and microbiota as therapeutic targets in autoimmune uveitis, is funded by the National Institutes of Health (grant 1R01EY032882-01).