The use of a “race factor” in clinical algorithms that help determine who gets what treatments for various diseases in under scrutiny; its removal in the algorithm for kidney disease follows national recommendations championed locally
By Erin Hoover Barnett January 19, 2022 Portland 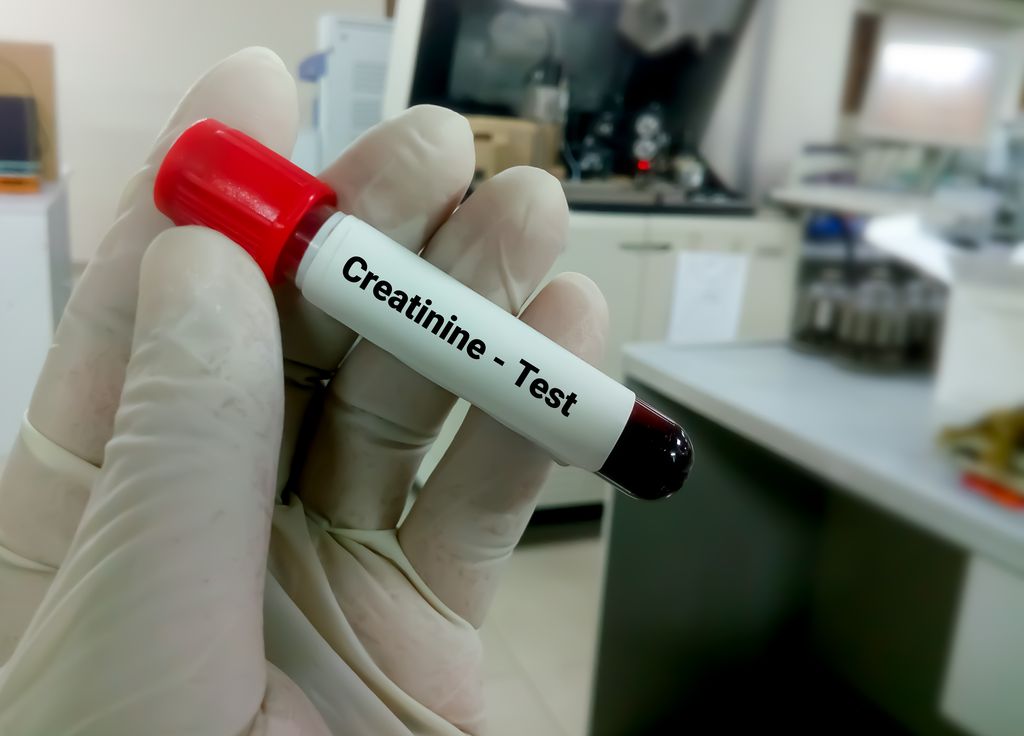 While the algorithms to determine the course of diagnosis and treatment for patients with a host of maladies have changed as medical knowledge has advanced over time, in many cases, one thing has stayed the same: many of these calculations factor in the race of the patient. OHSU is changing that with new protocol that excludes race as a variable. (Getty Images)

The following few sentences, while muted and technical, trumpet a tectonic shift at Oregon Health & Science University and in American medicine amid a national reckoning on racism:

“Effective Jan. 19, 2022, the clinical laboratories at Oregon Health & Science University will transition from the use of the MDRD (Modification of Diet in Renal Disease) equation for estimation of glomerular filtration rate (eGFR), to the Chronic Kidney Disease Epidemiology Collaboration (CKD-EPI) Creatinine equation.

The new protocol excludes race as a variable. Instead, the CKD-EPI eGFR results are based on serum creatinine, age and sex, and is normalized to 1.73 m² body surface area.”

Dating back to the origins of modern medicine, doctors have used calculations called clinical algorithms to determine the course of diagnosis and treatment for patients with a host of maladies, including chronic kidney disease (CKD). While the algorithms have changed as medical knowledge has advanced over time, in many cases, one thing has stayed the same: many of these calculations factor in the race of the patient.

The practice has historically been understood to be appropriately responding to the different prevalence or severity of disease in various populations. But of late it has come under scrutiny for, instead, potentially limiting diagnosis and treatment for members of communities who need it most.

The change in the algorithm for kidney disease, championed by the American Society of Nephrology and the National Kidney Foundation, is the first such departure that OHSU and hospitals across the country are making in the treatment of myriad diseases. It is also just one of many steps necessary to achieve health equity and to eliminate structural racism in medicine, and in medical education.

"Unpacking the practices that embody structural racism and are embedded in the very foundations of medicine is a massive and multi-layered task and is just one aspect of eradicating health disparities that play out along racial lines and cause untold, unacceptable suffering,” said Derick DuVivier, M.D., M.B.A., OHSU senior vice president for diversity, equity and inclusion. “OHSU's decision to remove race as a factor in determining diagnosis and treatment for kidney disease is one of many we will make based on the science and on our values."

Said John Hunter, M.D., CEO for OHSU Health, “Across our medical specialties at a national and international level, the medical profession is examining our algorithms to root out instances where the use of race as a factor is determined to hinder rather than promote health equity. The decision made in nephrology will be the first of many.”

Though not a new debate, the discussion reignited in the medical community as Americans took to the streets in the wake of George Floyd’s murder by police on May 25, 2020. On June 18, 2020, less than a month later, the New England Journal of Medicine article “Hidden in Plain Sight: Reconsidering the Use of Race Correction in Clinical Algorithms,” became the rallying cry.

“Despite mounting evidence that race is not a reliable proxy for genetic difference,
the belief that it is has become embedded, sometimes insidiously, within medical practice,” wrote Darshali A. Vyas, M.D., and co-authors, who cite detailed examples from cardiology, obstetrics, urology, oncology, endocrinology, pulmonology, thoracic surgery and nephrology.

In the area of nephrology, doctors have long estimated kidney function – or how effectively the kidneys filter impurities in the blood -- by measuring what’s called the estimated glomerular filtration rate (eGFR). The measurement is used in determining who should be diagnosed as having CKD, receive medication, go on dialysis or be a candidate for a kidney transplant. As Vyas and co-authors explain, with detailed footnotes included in the article:

“These algorithms result in higher reported eGFR values, suggesting better kidney function, for anyone identified as Black. The algorithm developers justified these outcomes with evidence of higher average serum creatinine concentrations among Black people than among white people. Explanations that have been given for this finding include the notion that Black people release more creatinine into their blood at baseline, in part because they are reportedly more muscular. Analyses have cast doubt on this claim, but the race-corrected eGFR remains the standard.

“Proponents of the equations have acknowledged that race adjustment ‘is problematic because race is a social rather than a biological construct’ but warn that ending race adjustment of eGFR might lead to overdiagnosis and overtreatment of Black patients. Conversely, race adjustments that yield higher estimates of kidney function in Black patients might delay their referral for specialist care or transplantation and lead to worse outcomes, while Black people already have higher rates of end-stage kidney disease and death due to kidney failure than the overall population.”

In September 2020, the American Society of Nephrology and the National Kidney Foundation convened a task force on the matter. In September 2021, the task force recommended shifting to a calculation that does not include race. The recommendations went further to include more aggressive routine care of all patients with, or at risk of, kidney disease, and research to identify new markers that will assist in eradicating racial and ethnic disparities.

On Jan. 12, 2022, Dinushika Mohottige, M.D., Camara Jones, M.D., M.P.H., Ph.D., (who gave the Hatfield Lecture at OHSU in January 2020) and co-authors published a definitive piece in the Clinical Journal of the American Society of Nephrology, “Use of Race in Kidney Research and Medicine: Concepts, Principles, and Practice.”

They note that, in essence, seeking to pin the higher incidence of illness and death from kidney disease in Black Americans on their inherent biology identifiable by their skin color conflates complex interactions of biologic differences that are identifiable among all humans at an individual level with population-level disparities that are due to structural racism.

In short, the condition of people with dark skin is blamed on the people, not on the conditions, many of which – including access to quality housing, education, health care and a day-to-day feeling of safety – have been systematically constructed and imposed.

At OHSU, not long after the “Hidden in Plain Sight” article was published, Sharon Anderson, M.D., a nephrologist, brought the issue to the OHSU Health Academic Council, which she chaired as dean of the School of Medicine. After the national recommendation in September, 2021, the Academic Council took the new recommendations to the OHSU Health System Management Team, which, combined with a recommendation from the Department of Pathology, approved the change in December for implementation in Epic, OHSU’s electronic health record platform, Jan. 19. Implementation at the VA Portland Health Care System is anticipated to occur by April 2022.

“As a nephrologist for many decades, I have always tried to follow best available evidence and recommendations in the care of my patients; but the practice of medicine must include continuous scrutiny in order to advance," said Anderson, who completed her service as dean Sept. 30, succeeded by David Jacoby, M.D. "I am proud that nephrology is the first specialty to adopt a race-free replacement for a clinical algorithm, providing an important patient-centered and evidence-based first step in a much bigger effort to eliminate disparities. This was an important initiative of the OHSU Health Academic Council, which, because it bridges the academic and clinical missions, is uniquely positioned to advise the health system in best practices to help eliminate structural racism in medicine.”