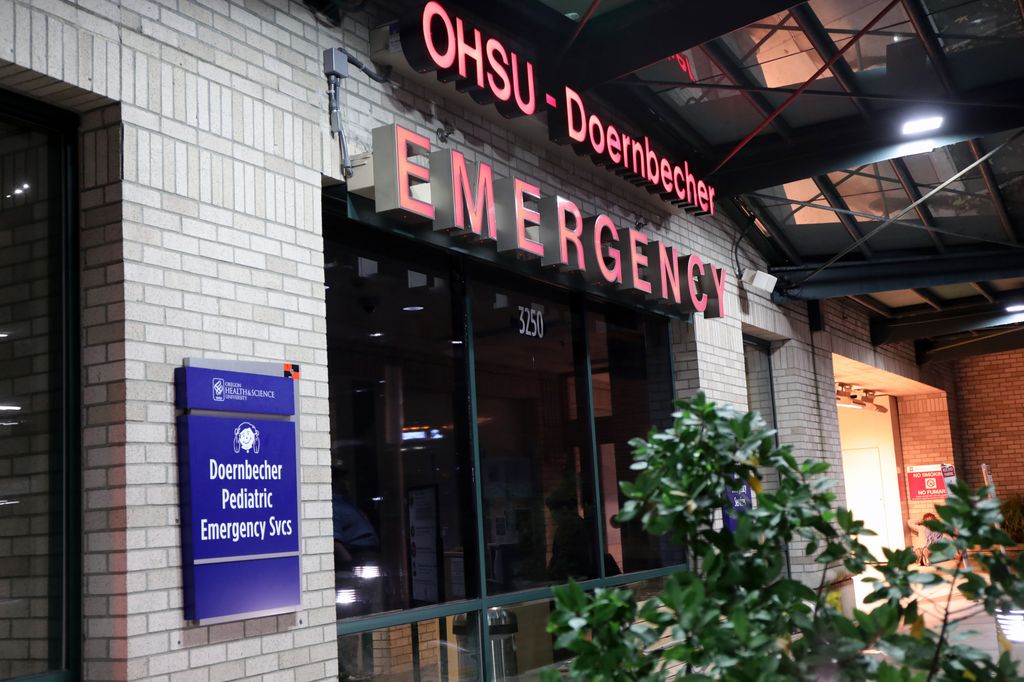 Oregon Health & Science University is partnering with a local nonprofit to break the cycle of violence affecting many people of color in Portland.

Beginning today, victims of community violence treated at OHSU Hospital will get a visit from a rapid-response counselor within four hours of arriving. On-call counselors with Healing Hurt People work to prevent retribution by engaging directly with victims to support them and their families. The program serves people of color between 10 and 35 years of age.

“We know the need is there,” said Roy Moore, co-director of the Community Care team operated by the nonprofit Portland Opportunities Industrialization Center (POIC).

OHSU joins Legacy Emanuel Medical Center, where the program first started in Portland, in partnering with the program. By expanding to OHSU, Healing Hurt People now has direct access to both of the state’s Level 1 trauma centers — as Portland is in the grip of a sharp increase in gun violence.

In January 2019, before the pandemic, 32 shootings were recorded in Portland; in January of this year, the city recorded 107 shootings.

“I think this program has the potential to make a significant impact in preventing more violence,” said Martin Schreiber, M.D., division head for trauma, critical care and acute care surgery in the OHSU School of Medicine. “The patients we won’t impact are the dead ones, and that’s a significant portion of these victims. Hopefully, with this program, there will be substantially fewer deaths.”

Moore understands that reality more than most.

Like other coordinators with Healing Hurt People, Moore brings his own lived experience to bear in connecting with victims of gun-related violence and their families and friends. Moore, 41, was raised in northeast Portland, saw his best friend killed in 1998, and in 2005, suffered a gunshot wound himself as a result of an escalating cycle of violence.

He recovered physically, but ultimately didn’t begin to turn his life around until his two cousins were fatally shot — the first in 2015 and the second just a year later.

“Losing two family members so close together was the turning point,” Moore said. “The pain I went through gave me the expertise to help people come out of that life with a trauma-informed approach.”

Healing Hurt People works through a model established through Drexel University in Philadelphia, in which hospital- and community-based counselors intercede quickly to address psychological and physical wounds of trauma involving young people. Moore and other program coordinators will be on call to respond to OHSU Hospital soon after victims of violence arrive for treatment, working fast to defuse tensions and serve as a liaison with medical staff.

Occasionally over the past few years, Moore has found himself stationed outside OHSU working to calm the urge for retributive violence among family members and friends.

The new partnership allows HHP to be much more hands-on with victims and families.

Even though Portland is Oregon’s most populous city, Moore and HHP coordinator and life coach Rosalee Anderson say the counselors who work with Healing Hurt People often are already familiar with the individuals involved in community violence, as well as their families and wider social network.

“Eighty percent of the time when we come in, we already know the people,” Moore said.

The program starts in the hospital and then follows each patient after they’re discharged to provide community resources such as education, employment help, and training. The organization includes Rosemary Anderson High School, which provides alternative education, mentoring, family outreach, and employment training.

The partnership with OHSU comes at a time when gun violence has reached new highs in Portland, compounded by a national reckoning over systemic racism sparked by the murder of George Floyd in 2020.

“The pandemic hit at a time when a lot of people were already suffering and angry,” Anderson said.

On top of the displacement from in-person school a year ago due to COVID-19, she said young people no longer had the availability of programs such as late-night basketball to blow off steam. Add in a volatile mix of agitation over social media, and it became a recipe for explosive conflict.

From its location on Marquam Hill, OHSU Hospital now has a partnership with an organization deeply rooted in the city’s historically underserved communities.

“We want to show our engagement in becoming a center that’s diverse and inclusive and provides care for the entire community,” said Heather Wong, administrative director of the trauma program at OHSU.

Moore knows first-hand that people can start to turn their lives around beginning at their darkest moment.

He keenly remembers the feeling when he was shot in 2005.

“I felt all those emotions — the anger, the fear, the worry about my family,” he said. “I wanted to retaliate, but also during that time, there was a moment when I thought, ‘Oh, my god, I’m so lucky that I survived.’

“If I had somebody like us to step in and make a connection at that moment, I know that it could have made a difference.”

OHSU board of directors gets financial update