OHSU physician-scientist awarded $1.5 million for research into how drugs work at molecular level 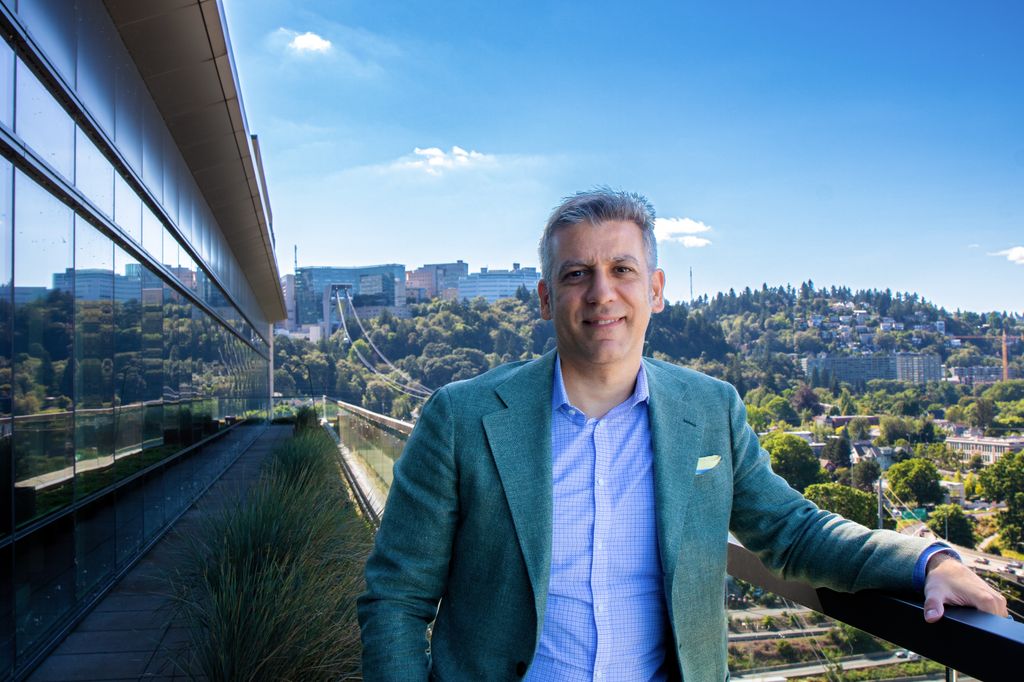 Steven E. Mansoor, M.D., Ph.D., is among 72 scientists receiving a prestigious NIH New Innovator Award for his work to develop better drugs by understanding how they work at the molecular level. (OHSU/Christine Torres Hicks)

An early-career Oregon Health & Science University physician-scientist’s work to develop better drugs by understanding how they work at the molecular level has been recognized by the National Institutes of Health with a prestigious New Innovator Award.

The New Innovator Award supports investigators who are within 10 years of their final degree or clinical residency, and who propose innovative, high-impact projects in biomedical, behavioral or social sciences. As part of the award, Mansoor is receiving $1.5 million in research funding over five years.

As both a health care provider and a researcher, Mansoor has one foot in the clinic — where he treats patients as a cardiologist with the OHSU Knight Cardiovascular Institute — and his other running a basic science laboratory that is part of the OHSU School of Medicine’s Department of Chemical Physiology & Biochemistry.

His research focuses on better understanding how drugs work at the molecular level, including how receptor proteins on the surface of cells recognize and respond to molecules. By understanding the molecular details of this process, Mansoor hopes to design drugs that can target specific receptors more precisely and more accurately, and limit drug interactions with other cellular proteins that often cause unwanted effects.

“Trying to develop drugs that can really benefit my patients by limiting off-target side effects — that’s what got me interested in structural biology,” Mansoor said. “I hope my research can make a difference for my heart disease patients, as well as for the greater scientific community.”

In 2019, he led a study that described how a protein associated with numerous health problems works after observing it at the molecular level for the first time. Mansoor and colleagues used cryo-electron microscopy to obtain the 3D structure of the P2X7 receptor, an ion channel protein embedded in a cell’s membrane that allows electrically charged particles to enter a cell when it’s activated.

The over-activation of P2X7 receptors has been associated with chronic inflammation, leading to plaque buildup in arteries, cancer metastasis, neurological conditions such as Alzheimer’s and more. With his new NIH funding, Mansoor will use the protein’s detailed structure to identify novel molecules that can bind to the P2X7 receptor protein and turn it off.

“Knowing the shape of the P2X7 receptor and how it works allows us to design novel drugs that can control it,” he said. “If we develop a drug that can safely shut down its activity in blood vessels, then maybe we can prevent plaque buildup in arteries, which is also known as atherosclerosis. Such a drug would also reduce progression of plaque build-up for someone who already has existing atherosclerosis.”

Currently, there are no FDA-approved drugs that bind to the P2X7 receptor protein.

“Developing a new drug is ambitious,” Mansoor said. “I’m grateful to receive this award, which enables me to pursue such a high-risk, high-reward project. If we’re successful, this project has the potential to pay dividends for many patients.”

Steven E. Mansoor, M.D., Ph.D., is among 72 scientists receiving a prestigious NIH New Innovator Award for his work to develop better drugs by understanding how they work at the molecular level. (OHSU/Christine Torres Hicks)

Protein associated with many diseases fully visualized for first time