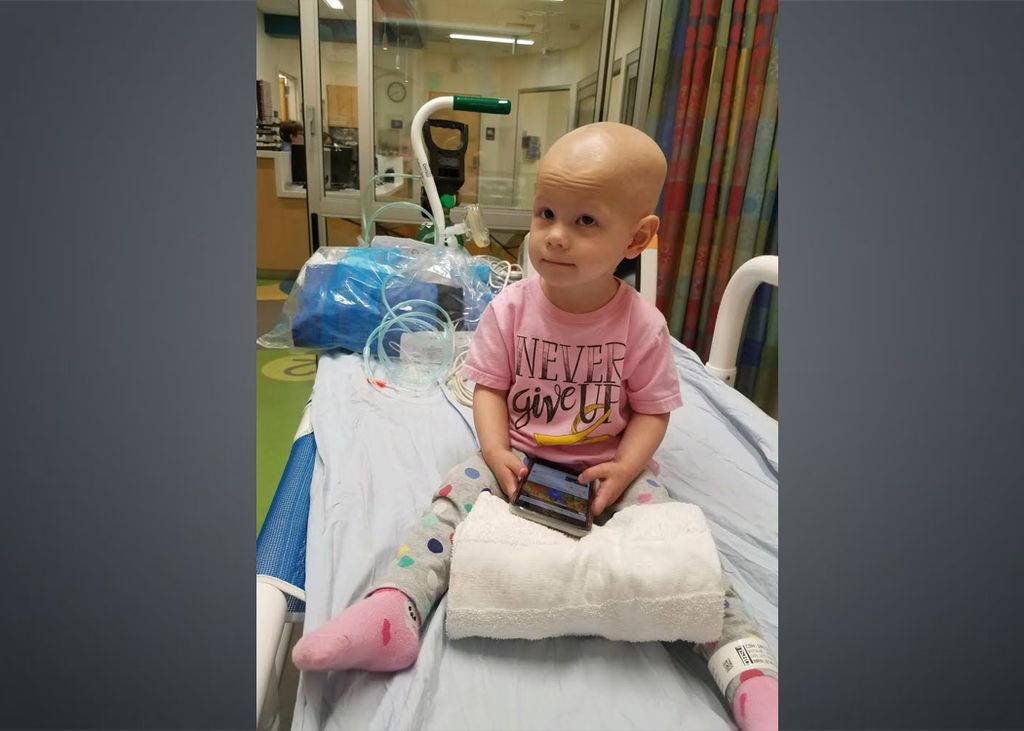 The Food and Drug Administration has approved sodium thiosulfate, known clinically as PEDMARK®, to reduce the risk of treatment-induced hearing loss among children who receive the common chemotherapy drug cisplatin. Research into the use of sodium thiosulfate, or STS, started in an Oregon Health & Science University laboratory in the 1990s.

Now, the widespread production and availability of PEDMARK® in the U.S. provides clinicians the opportunity to prevent hearing loss, and maximize the health and quality of life for young cancer patients, including those as young as 1 month old.

“Cisplatin is a really important drug, so I’m excited to see that there’s a potential change that will affect the lifetime outcomes of the children who require this treatment,” said Kristy Knight, M.S., an audiologist at OHSU Doernbecher Children’s Hospital. “And to think it was all initiated here at OHSU is amazing.”

Research related to STS began at OHSU in 1994, led by Edward Neuwelt, M.D., a professor and lead researcher in OHSU’s Department of Neurology. After hearing anecdotes of STS’s effectiveness through a colleague at the National Institutes of Health, Neuwelt began to investigate STS’s protection against the toxicities found in chemotherapy drugs. His group initially performed laboratory and animal studies, and then moved onto clinical trials of hearing protection in real patients.

Clinicians often use cisplatin to treat a variety of cancers in children, including brain, bone and liver cancers. Due to the accumulation of cisplatin in the inner ear — which often occurs during treatment — the drug can damage critical structures, leading to hearing loss in many patients. Younger patients are at greatest risk for developing this hearing loss.

Hearing loss in children can have permanent and debilitating consequences, especially among those who are still undergoing key milestones in cognitive development. Loss of hearing can result in delays in learning, social and emotional development and overall functioning, and has also been associated with social isolation, depressive symptoms and reduced quality of life in adulthood. Hearing loss often persists, and even worsens, among affected patients and may require the lifelong use of assistive technology like hearing aids.

The path to FDA approval

The path from Neuwelt’s OHSU lab to FDA approval was a long one. The process required years of initial research, and was followed by several intensive clinical trials and many ongoing conversations with the FDA and other regulatory bodies.

Almost 30 years after Neuwelt and his team began their research, the FDA approved the clinical use of PEDMARK® in September 2022. Members of Neuwelt’s research team say this milestone was made possible through immense determination and collaboration among scientists, researchers, clinicians, cancer survivors and their families.

“We took something from the test tubes, to the lab, to the trial participants. And now, we hope it will go to every pediatric cancer patient who needs it,” said Leslie Muldoon, Ph.D., associate professor of neurology in the OHSU School of Medicine, who has been involved in these research efforts since the 1990s. “This approval was decades in the making, and all of us who were involved over the years are very proud. It would have never happened without Dr. Neuwelt and his drive, motivation and care for the affected patients.”

The impact of Neuwelt and his team’s research span far beyond the laboratory walls and will create real improvements for OHSU clinicians and patients. Knight, the audiologist, has been an advocate for pediatric cancer patients for decades. She and her team work with children throughout the cancer journey — from diagnosis to treatment and recovery — to evaluate and monitor hearing loss, and help families understand what interventions are available to them.

“When I first began my career as an audiologist, I was stunned by how many children were affected by this and just how quickly it happens. At least 50% of children who receive this drug will experience hearing loss, and that comes with so many challenges,” Knight said. “Young children are still developing their speech and language skills and losing their hearing deeply affects their overall quality of life.”

It’s well-documented that hearing loss has a wide range of implications for children medically, psychologically and educationally, and these effects come in addition to a host of other treatment-related risk factors.

However, Knight emphasizes that cisplatin is still one of the most effective treatments for many pediatric cancers, so early intervention to preserve hearing is critical.

Knight notes that the resilience of the patients and their families has been an inspiration to her throughout the years.

One such family is that of Jennifer Boesche, a mom of four from Beaverton. In 2018, Boesche learned the heartbreaking news that her daughter Brielle had been diagnosed with hepatoblastoma, a type of liver cancer. After joining a support group for parents whose children are living with this cancer, Boesche became aware of the risk of hearing loss during chemotherapy, as well as the use of STS to prevent this outcome.

PEDMARK® was not FDA approved at the time of Brielle’s treatment, and Boesche had to fiercely advocate to be able to use the drug in Brielle’s last three rounds of chemotherapy. However, at that point, Brielle had already suffered some hearing loss, which has continued to progress over the years since her treatment — a common occurrence in children who are treated with cisplatin.

The experience inspired Boesche to join clinicians, cancer research groups, and other patients and families to testify to the FDA in support of STS.

“It was overwhelming, but also really important to be there and provide honest feedback,” Boesche said. “We needed to make clear that there is a significant impact on kids’ lives when they suffer from hearing loss. We were there to help the FDA see that if there’s something that can be done to protect our kids, we should be doing it.”

Boesche’s hope is that with this long-awaited FDA approval, the medical community can expand the use of PEDMARK® and begin to recognize the therapy as a standard of care, so other children don’t have to experience the hearing loss Brielle did.

Despite incredible challenges at such a young age, Brielle is now four years into remission and is happy and thriving.

“She started kindergarten this year. She’s strong-minded, sassy, caring, confident and loving,” Boesche said. “She has learned how to express what she needs, how to advocate for herself, and has become so in tune to the world, both with and without her hearing aids. She’s a wonderful kid.”

The FDA’s approval covers pediatric patients, age 1 month up to 18 years, who have localized tumors, meaning the cancer has not spread beyond the tissue or organ where it originated. As has been done for nearly three decades, OHSU clinicians and staff will continue to advocate for the use of this drug for pediatric cancer patients who are at risk of treatment-induced hearing loss.

This work was supported in part by National Institutes of Health grants CA199111, CA137488 and CA086959, and a Veterans Administration Merit Review Grant BX003897, the Jonathan D. Lewis Foundation, and by the Walter S. and Lucienne Driskill Foundation, all to EAN.

OHSU and Dr. Neuwelt have a financial interest in technology licensed to Fennec Pharmaceuticals, a company that may have a commercial interest in the results of this research and technology. This potential conflict of interest has been reviewed and managed by OHSU.

Edward Neuwelt, M.D., has spent more than 20 years researching pediatric hearing loss caused by platinum-based chemotherapies. A clinical trial based on his work has found a treatment protocol that reduces hearing loss by nearly 50 percent when treating a form of pediatric liver cancer. (OHSU/Kristyna Wentz-Graff)