New legislation on child car-seat safety will save kids' lives 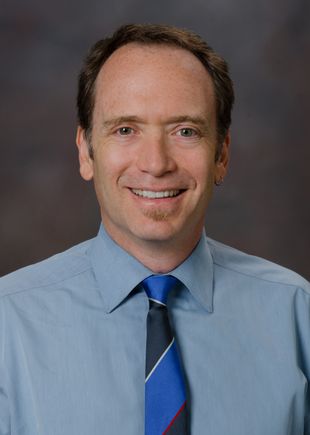 Motor vehicle crashes remain the leading cause of death for children aged 1 to 15, killing about 1,700 kids each year. This is more than the number of children who die from cancer. Further, more than 200,000 children are seriously injured in car crashes annually, with many suffering long-term injury and disability.

Appropriate use of car safety seats is an incredibly effective way to prevent these tragedies, reducing the risk of death by 71 percent for infants and 54 percent for children aged 1 to 4.

I ask that Oregon put proper car seat safety utilization among its top priorities during the 2017 legislative session.

As a pediatrician who has been certified as a child passenger safety technician for nearly 20 years, I have worked with thousands of local families, helping them use car safety seats properly. I am acutely aware that car safety seats aren't always convenient and can be difficult to use correctly; however, I also have seen the devastating consequences of improper child restraint.

A child, aged 1 to 2, is more than five times less likely to be injured or killed if traveling rear-facing compared with forward-facing in a car safety seat. Since 2011, the American Academy of Pediatrics has recommended that children ride rear-facing at least until their second birthday. But even after a child turns 2, best practices call for keeping the child rear-facing until he or she reaches the weight and height limits of the seat.

I have been working with an Oregon family who has firsthand experience with this issue. At age 2, their son sustained a life-changing spinal cord injury as the result of a high-speed car collision. He had been secured in a front-facing car safety seat. This loving, wonderful family who thought they were doing the best thing possible for their son was not aware that his risk of injury would have been significantly decreased had he been traveling in a rear-facing car safety seat.

Common sense, evidence-based laws have been the most effective tool to help families and communities change behaviors to protect their kids -- we have seen this with car seat and booster seat laws across the country. Given this fact, and what we know about the benefit of rear-facing car safety seats beyond age 1, we must enact legislation requiring rear-facing car safety seat use for all kids younger than 2. Four states passed such laws in 2016, and at least six others -- including Oregon -- have introduced similar bills this year.

My greatest priority as a pediatrician and child advocate is to do what's best for kids.

Car crashes kill more kids than any other cause, and we have effective means to protect them. They need us to help them. How can we not? We can, and must do better.

Benjamin Hoffman, M.D., F.A.A.P., is a professor of pediatrics in the OHSU School of Medicine and medical director of the Tom Sargent Safety Center at OHSU Doernbecher Children’s Hospital.

This viewpoint originally published in The Oregonian, Feb. 16, 2017.

On Feb. 14, 2017, a group of Oregon pediatricians, led by Ben Hoffman M.D., (left) testified on behalf of House Bill 2643 at the Oregon State Capitol Building in Salem, Ore. HB 2643 suggests that children, under the age of 2, should be required to be properly secured in a rear-facing car seat. Also pictured are (left to right) Garrett Zallen, M.D., pediatric surgeon at PeaceHealth; Angela Zallen, M.D., F.A.A.P., pediatrician at Eugene Pediatric Associates; and Kimberly Ruscher,M.D., pediatric surgeon at PeaceHealth. (OHSU)