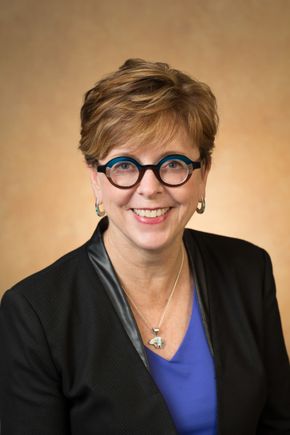 Nancy Haigwood, Ph.D., is director of the Oregon National Primate Research Center and a professor of pathobiology and Immunology in the OHSU School of Medicine.(OHSU/John Valls)

Research with nonhuman primates, or NHPs – monkeys for the most part – has led to critical health advances that have saved or improved millions of human lives. While NHPs account for just one-half of one percent of animals in current medical research, it is no exaggeration to say they are essential to our ability to find cures for cancer, AIDS, Alzheimer’s, Parkinson’s, obesity/diabetes and dozens of other diseases that cause human suffering and death.

Research with monkeys is critical to increasing our knowledge of how the human brain works and its role in cognitive, motor and mental illnesses such as Alzheimer’s, Parkinson’s and depression. This research is also fundamental to understanding how to prevent and treat emerging infectious diseases like Zika and Ebola. NHP research is uncovering critical information about the most common and costly metabolic disorder in the U.S. – type 2 diabetes – as well as the obesity that leads to most cases.

Without NHP research, we lose our ability to learn better ways to prevent negative pregnancy outcomes, including miscarriage, stillbirth and premature birth. This research is also helping scientists to uncover information that makes human organ transplants easier and more accessible, literally giving new life to those whose kidneys, hearts and lungs are failing.

"Research scientists are like detectives solving mysteries. We want to know why. More importantly, we want to save lives" – Nancy Haigwood, Ph.D., director of the Oregon National Primate Research Center and a professor of pathobiology and Immunology in the OHSU School of Medicine.

Monkeys are critical to all stages of research

News headlines tout medical breakthroughs. Breakthrough sounds dramatic, and to someone hearing about how the virus that causes polio is being used to put an aggressive form of brain cancer into remission, it is indeed. But as the scientists involved in that cancer research — and research into every other area of medicine — will tell you, breakthroughs might be dramatic, but they are never sudden.

A well-thought-out and structured process is behind virtually every medical breakthrough and the discovery process probably took decades or more. Every step in the process was essential to the next, from basic research to human clinical trials.

Monkeys are often involved at the later stage of the process — what is called translational or applied research. Here all of the knowledge accumulated earlier is applied to specific medical questions such as: Will this vaccine protect a pregnant woman (and her baby) from Zika infection? And is the vaccine likely to be safe? But monkeys also play a vital role in basic science research that can come decades earlier. Basic NHP research in the 1970s helped scientists understand the inner workings of the basal ganglia, the part of the brain that coordinates movement. Those early findings led to the “breakthrough” 30 years later in which deep brain stimulation is used to reduce involuntary movements of Parkinson’s disease.

Regardless of where it occurs in the scientific discovery process, research with monkeys is highly regulated. Scientists use monkeys only when no other research model can provide the required information. While rodents are used extensively and are extremely helpful in answering many basic research questions, their usefulness is limited by differences from primates in their lack of sophisticated brain structures, less developed immune systems and motor skills, and differences in how their metabolism functions, among other traits.

To cite an example, rodent brains are very different from human brains. The rodent lacks the prefrontal cortex specialization that is found in monkeys and humans. This difference limits the applicability of rodent studies in relation to studies of injury in the human brain. Current studies in monkeys are helping to find ways to help wounded soldiers and stroke victims regain their independence after losing limbs or the ability to control them. NHPs are also the only animals that allow quick response and research into emerging viruses, like Zika. What scientists learn about Zika itself, as well as what they learn about the best use of monkeys in Zika studies, they will apply to studies of future emergent diseases. And with recent history as a guide (Zika, Ebola, MERS, SARS, pandemic flu, etc.), we should expect more infectious disease outbreaks in the near future.

Nancy Haigwood, Ph.D., is director and professor at the Oregon National Primate Research Center in the department of pathobiology and immunology, and an adjunct professor in the department of Molecular Microbiology and Immunology at OHSU. Haigwood and colleagues contributed to this vewpoint, which was excerpted from a National Association for Biomedical Research white paper titled, "The Critical Role of Nonhuman Primates in Research."