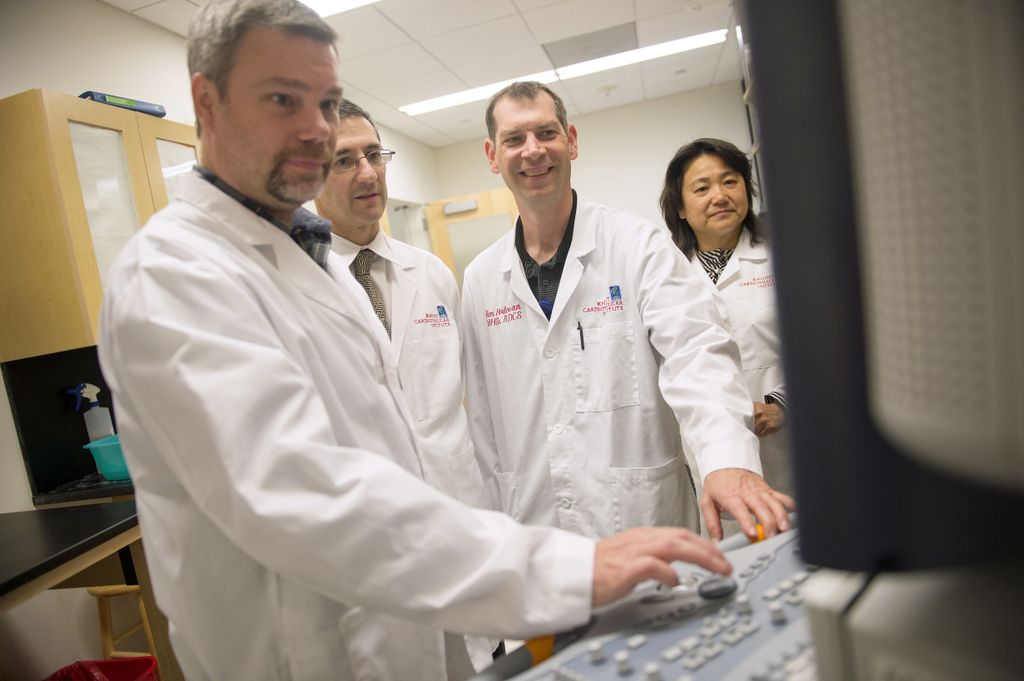 Patients with diabetes and other cardiovascular diseases share a common complication called peripheral artery disease, where poor blood circulation to the legs, feet and other parts of the body causes pain, severe skin ulcers and tissue death.

When left untreated, low blood flow can lead to infection and gangrene, in the most severe cases. Unable to save the affected limbs, the only choice has been to amputate.

Now, a study published in the journal Circulation shows that injecting microbubbles into the blood streams of mice and human subjects and then performing an ultrasound on a leg can increase blood flow, which could promote healing and save limbs from amputation.

“We figured out a way to take a treatment that we know works and make it 10 times more powerful by using tiny microbubbles,” said senior author Jonathan Lindner, M.D., M. Lowell Edwards Professor of medicine (cardiology) in the OHSU School of Medicine, OHSU Knight Cardiovascular Institute. “This research essentially sets up a roadmap for us to optimize the treatment for diseases such as peripheral arterial disease, coronary artery disease and blood disorders such as sickle cell disease.”

How the treatment would work 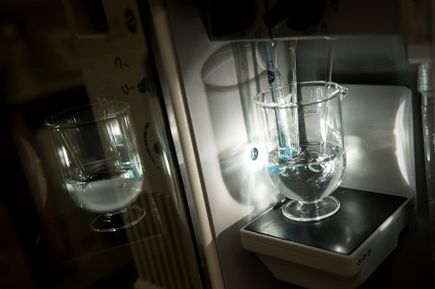 To administer the treatment, doctors inject microbubbles intravenously into the blood stream that then travel in the veins throughout the body. As ultrasound is applied, the sound waves cause the bubbles to vibrate, similar to eardrums vibrating when people are talking face to face. This vibration within the blood stream focuses the sound energy on surrounding blood vessel cells to widen blood vessels and increase blood flow.

Using ultrasound as a form of treatment, not just as a diagnostic tool, is not new. Ultrasound has been used to promote wound or bone healing, and to speed recovery of athletic injuries. What’s new about this research is that scientists were able to demonstrate that the combination of ultrasound and microbubbles delivers a much more powerful vibration.

Lindner says that individuals who may ultimately benefit from this treatment, and are at a higher risk for needing it, include those with diabetes, the elderly and people prone to severe vascular diseases such as those with high cholesterol or genetic risk. In the bigger picture, people with any kind of blood or blood vessel disease that would limit flow to the organs could benefit from this treatment.

“To put it in perspective, we now have a brand new way of resuscitating limbs so that they may not need to be amputated,” Lindner said. “It can also help heal tissues affected by low blood flow, and it could treat other diseases such as stroke and severe angina, or chest pain from coronary artery blockages.”

An experiment with twists and turns

One of the most interesting developments, according to Lindner, was discovering the chemical response that increases blood flow through bubble vibration. When bubbles vibrate, they stimulate an extremely large release of ATP, the chemical that cells use for energy, but also widens blood vessels.

Researchers discovered this by creating a unique method for detecting ATP in which they measured light produced through the same ATP-dependent process that makes fireflies glow. The discovery of ATP as the catalyst also provides a critical link to understanding how ultrasound works for a variety of therapeutic applications.

The study, originally funded by the National Institutes of Health to translate the technology from an animal model (mice) to humans, took another interesting twist. Under a separate grant, Lindner’s team was studying a new drug for sickle cell disease in a proof-of-concept human clinical trial. They discovered that the microbubble ultrasound technique, which was being used as a diagnostic technique, was a far more effective therapy than the drug they were testing.

Taking the treatment to the clinic

As part of the NIH grant, Lindner’s team is working with the ultrasound industry to engineer a system that can increase ultrasound coverage and use the correct frequencies and powers for clinical trials.

Lindner’s colleague Cherrie Abraham, director of the Aortic Center in the Knight Cardiovascular Institute and associate professor of surgery in the OHSU School of Medicine, regularly treats patients with peripheral artery disease and says this treatment could be tremendously helpful.

“This exciting research coming from Dr. Lindner’s lab suggests that the millions of Americans who suffer from peripheral vascular disease, including diabetic patients with peripheral vascular disease, may have a noninvasive, relatively harmless way of increasing blood flow to their legs with this microbubble ultrasound technique, providing surgeons with an option other than surgical intervention or even amputation for this challenging patient population.”

Previous Story Mother-daughter relationship key to improving end-of-life-care, study finds Next Story Research Week 2017: Why should anyone care about aflatoxins? Communicating the need for basic science around the world