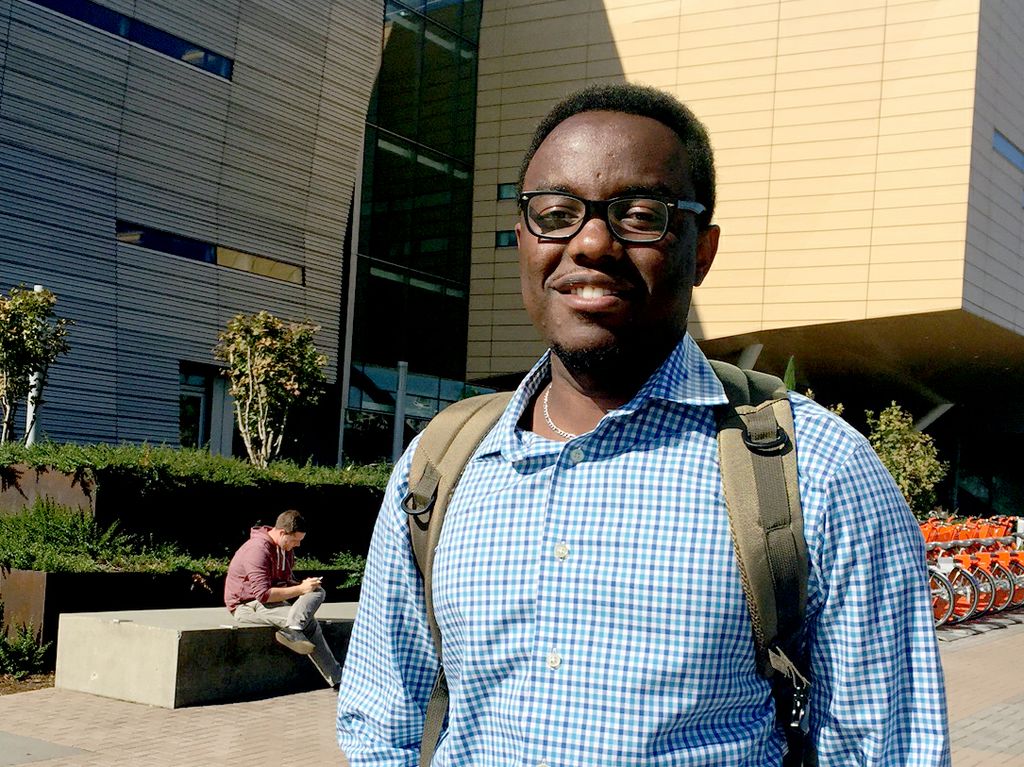 Yves Gacinya left his native Rwanda, emerging from the war-torn country grateful for survival and determined to excel and to serve. Gacinya earned a spot in the OHSU Physician Assistant Program and is an OHSU Presidential Scholar. (OHSU)

Yves Gacinya was 9 when he witnessed his father’s murder during the genocide in Rwanda in 1994. He would gladly reverse that horrific moment and that devastating time in his country’s history. He also knows he would never be who he is today had it not occurred.

Gacinya, whose mother died of illness, emerged from the Rwandan civil war grateful for his survival and determined to excel and to serve. Through extended family, he came to Oregon in 2006 and, this year, earned a spot in the OHSU Physician Assistant Program, a division in the School of Medicine. Gacinya is an OHSU Presidential Scholar, a prestigious merit award that covers his tuition and fees.

“I would be a completely different person if it weren't for those experiences,” says Gacinya, even as he focuses not on his accomplishments but on the support of others: “I’m just the beneficiary of so many other people’s efforts.”

Gacinya is among the 42 students who joined the OHSU P.A. Program class of 2019 in June, a 26-month program (12 months in the classroom and 14 months in clinical rotation, before taking a national certifying exam and applying for state licensure to practice).

In the incoming class, 23.8 percent (10 students) are from rural areas; 21 percent (9 students) are first-generation college students, and 35 percent (15 students) identify as belonging to an underrepresented minority group. This is no accident. Program leaders have designed their admissions process to curate class cohorts that are diverse in race, culture, geography and life experience. Of 1,592 applicants for the incoming class, 2.6 percent were admitted. 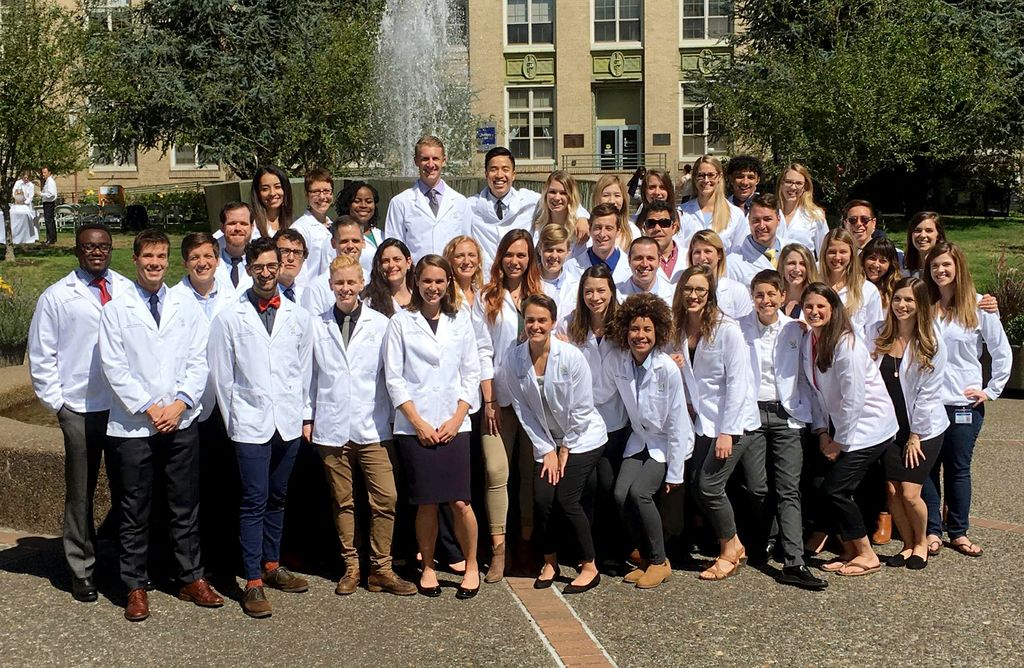 The OHSU Physician Assistant Program, Class of 2019. The 26-month program is a diverse group, with 23.8 percent from rural areas, 21 percent are first-generation college students and 35 percent identify as belonging to an underrepresented minority group. (OHSU)

“We are committed to OHSU’s values of developing a diverse health care workforce and have the opportunity to do so with a two-year program that is accessible to many students,” said Glenn Forister, Ph.D., P.A.C., director of the P.A. Program. “Having a diverse class communicates that all are welcome to join our mission. Diversity enlivens the classroom and sends a meta-message of inclusion.”

The P.A. program uses the multiple mini interviews approach also used in the medical school to meet as many applicants as possible. The admissions team includes staff from the OHSU Center for Diversity and Inclusion and schedules prospective student interview days to coincide with CDI student-oriented events.

The admissions team seeks first-generation students and those from rural areas.  The team also looks for cultural competency and “distance traveled,” or life experience that shows compassion, commitment and resilience.

Gacinya traveled a distance. He shared his story in his personal statement when he applied to the P.A. Program and gave permission to publish excerpts here:

“During the [Rwandan] civil war, I was confused, scared and feared for my life on a daily basis. Even though I came close to death more than once, I was thankful to survive. When the war ended, I had no hope for my future and no one to take care of me. I was emotionally distressed and living in one of the poorest countries in the world,” he wrote in the English he has mastered as a fifth language.

Gacinya credits extended family and community members for helping him get through and graduate from high school in 2003. He studied law for a year, but then an uncle was able to bring Gacinya, a brother and several cousins to join the extended family in Portland in 2006. Soon after he arrived, he fell ill with what turned out to be malaria. Excellent and attentive providers at Providence Portland Medical Center saved his life, and he emerged convinced that health care was his calling.

He became certified as a medical assistant and was offered a job at the private oncology clinic where he had interned. The clinic was bought by OHSU in 2009 and became part of the Knight Cancer Institute. His work at the clinic gave him front-line experience with patients, including supporting patients who had just learned that their cancer had metastasized or who were being admitted to hospice.

Gacinya grew increasingly interested in the basic sciences and how the human body functions and was able to volunteer in research with the Knight Cancer Institute from 2012-2015. A professor recommended the physician assistant path. Job shadows exposed him to P.A.s assisting doctors in open-heart as well as gallbladder surgery. Convinced, Gacinya applied to a number of P.A. programs. But OHSU’s approach and program design won out.

“I liked the idea of the collaboration with other medical professionals and being in the same building,” said Gacinya. “Program leaders also care about student success not only when in school but after graduation as well. The school stresses giving a lot of feedback and that helps us students get better. The faculty appreciates our feedback too.”

The OHSU program celebrated 20 years in 2016 and is ranked #5 by U.S. News & World Report among 224 programs nationally. The profession itself dates to just after the Vietnam War when medics returning from active duty wanted a path into the medical professions that would honor and utilize their service.

“Our faculty and our students are among the biggest selling points,” said Forister. “Students like Yves bring so much that enriches the learning environment, our sense of community and, ultimately, patient care. I am really proud of our program and look forward to the next 20 years.”

The OHSU Physician Assistant Program, Class of 2019. The 26-month program is a diverse group, with 23.8 percent from rural areas, 21 percent are first-generation college students and 35 percent identify as belonging to an underrepresented minority group. (OHSU)

Yves Gacinya left his native Rwanda, emerging from the war-torn country grateful for survival and determined to excel and to serve. Gacinya earned a spot in the OHSU Physician Assistant Program and is an OHSU Presidential Scholar. (OHSU)