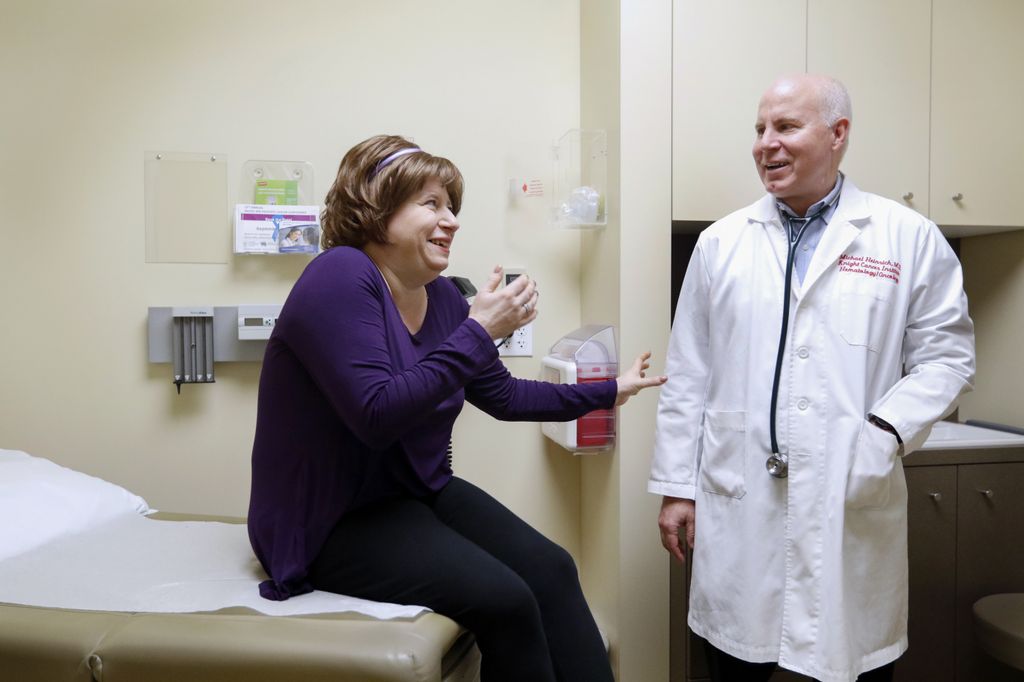 Victoria Castle is one of 3,000 to 6,000 people diagnosed annually with a rare stomach tumor called gastrointestinal tumor, or GIST. Following her diagnosis in 2009, she was treated successfully with imatinib mesylate, commonly known as Gleevec®. After several years, her body became resistant to the drug, and she was told nothing else could be done.

Refusing to give up, Castle’s aunt researched national GIST experts and suggested she reach out to Michael Heinrich, M.D., a professor of hematology and medical oncology in the OHSU Knight Cancer Institute, OHSU School of Medicine, as well as a practicing physician at the VA Portland Health System.

Castle, who lives in from Sacramento, California, began seeing Heinrich in 2014, and three months ago enrolled in a clinical trial involving a new drug, BLU-285, designed specifically for patients whose GIST tumors are resistant to Gleevec. She now flies to Portland every four weeks to see him.

Heinrich has worked with Blueprint Medicines, the company that developed BLU-285, as a consultant. He says what makes this drug unique is its highly targeted approach. 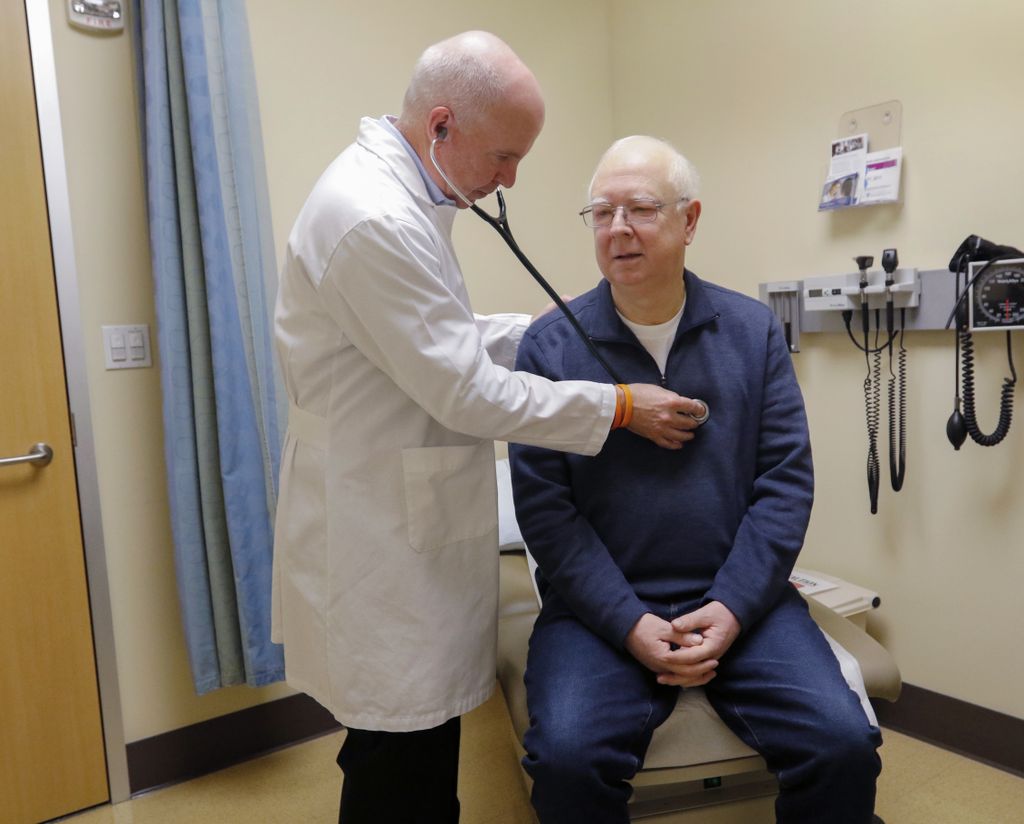 “That’s the difference with this drug,” said Heinrich. “It was designed to take care of a specific problem. It’s about matching the right drug to the right tumor.”

OHSU has enrolled more participants in the Phase I trial than any other center in the world, Heinrich says. As an internationally-recognized expert in GIST, a relatively rare cancer, more than half the patients he sees come from out of state or other countries.

“Dr. Heinrich never gives up on me,” she said. “We’ve gone through ups and downs together. If he believes in me and I believe in myself, we’re going to kick this thing.”

To date, Castle has not experienced many side effects from the study drug. In fact, she recently attended a Halloween party, something she said she hasn’t been able to do in years. She recommends patients consider a clinical trial: “Particularly for patients without many options, I would highly recommend it.”

For many years, imatinib mesylate, commonly known as Gleevec®, has proved to be a highly effective therapy for many patients with GIST, which has a number of different mutation types, several of which are resistant to Gleevec treatment, as in Castle’s case.

Research recently published in Science Translational Medicine demonstrated promising results for two new treatments targeting Gleevec-resistant GIST mutations, called KIT and PDGFRA. In an ongoing Phase I clinical trial, the oral therapy called BLU-285, effectively and selectively targeted KIT-driven and PDGFRA-driven GIST. The study’s preclinical data and clinical case studies show that BLU-285 is a potent inhibitor of KIT and PDGFRA mutations in patients with GIST, and KIT mutations in patients with systemic mastocytosis, or SM, a disorder in which cells are abnormally increased in multiple organs, including the bone marrow.

New data announced Nov. 10 show 67 percent of patients with heavily pretreated KIT- driven GIST treated with BLU-285 had radiographic tumor reductions. In this population, the data also show an objective response rate (ORR) – the proportion of patients with tumor size reduction of a predefined amount and for a minimum time period - of 17 percent. The data also show a median progression free survival (PFS) - the length of time during and after the treatment of a disease that a patient lives with the disease but it does not get worse - of 11.5 months. In patients with PDGFRA- driven GIST, the data show an ORR of 71 percent and an estimated 12 - month PFS of 78 percent.

Based on this data, the current Phase I trial remains ongoing and Blueprint Medicines is planning for a Phase III randomized study.

Heinrich hopes FDA approval of the drug is not far away: “We’re seeing promising responses in patients since the first time it was administered. In some ways, it’s like the beginning of Gleevec.”

He says this trial is an example of the promise of targeted cancer therapy: “This is what the future of drug development should look like. If you understand what’s broken, you can focus the drug development to make the treatment less toxic for patients.”

Michael Heinrich, M.D. meets with Victoria Castle of Sacramento, California during an appointment, November 1, 2017 at OHSU. Castle, who was diagnosed with gastrointestinal stromal tumors in 2009, began seeing Heinrich in 2014. (OHSU/Kristyna Wentz-Graff)

“Dr. Heinrich never gives up on me,” says Victoria Castle, of her doctor, Michael Heinrich, M.D. Castle, who was diagnosed with gastrointestinal stromal tumors (GIST) in 2009. Castle began seeing Heinrich in 2014. (OHSU/Kristyna Wentz-Graff)

Michael Heinrich, M.D. meets with Victoria Castle of Sacramento, California during an appointment, November 1, 2017 at OHSU. Castle, who was diagnosed with gastrointestinal stromal tumor in 2009, began seeing Heinrich in 2014. (OHSU/Kristyna Wentz-Graff)