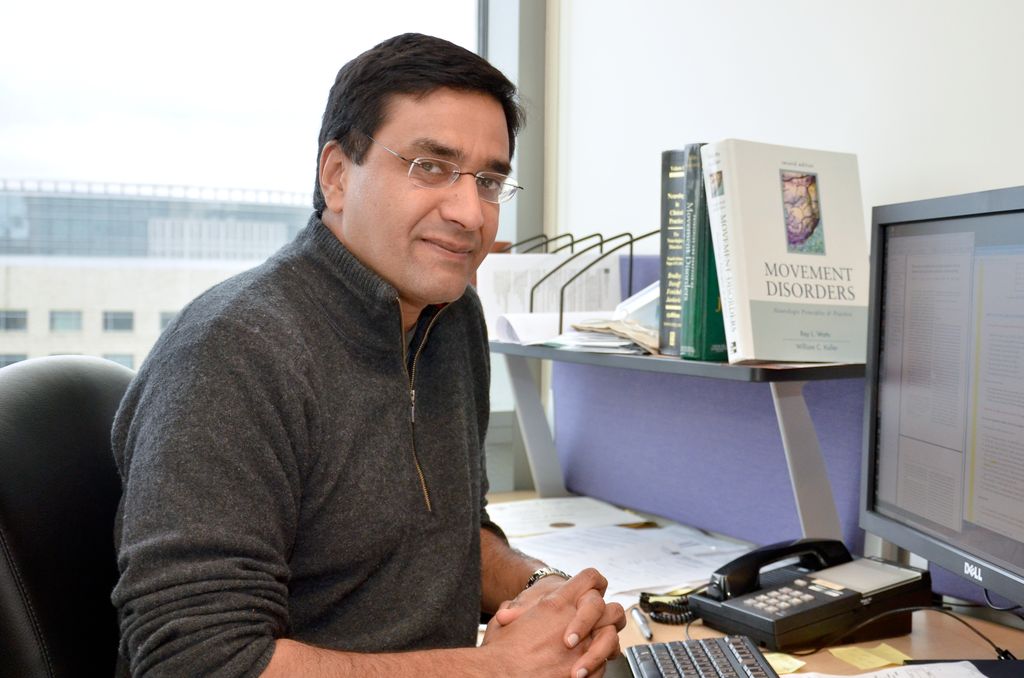 OHSU neuroscientist Vivek Unni believes he’s on the cusp of new treatments for Parkinson’s disease because he’s close to the people who are actually afflicted with the disease.

Unni has an M.D. and a Ph.D., and is an assistant professor of neurology in the OHSU School of Medicine, where he dedicates 80 percent of his time conducting cutting-edge research investigating the mechanisms behind Parkinson’s. Yet he is inspired by the patients he sees during his weekly clinical schedule and the one month out of the year that he spends on rotation in OHSU Hospital.

“It helps to have someone who’s fluent in both worlds,” he said. “It is a challenge, though. Being a doctor working with patients, I can gain the satisfaction of helping people every day. In the lab, you’re lucky if you have a great discovery every few years.”

Parkinson’s disease affects about 1.5 million people in the United States with symptoms including tremor, muscle stiffness, slow movement, and coordination and balance problems. Symptoms often develop as patients grow older, with the disease estimated to affect 1 percent of people who are 65 and 5 percent of people 85 or older.  Scientists have not determined a cause.

“Does it cause the cells to die, or is it a defensive reaction that slows their demise?” Unni said. “Or is it neutral  – just a biomarker that the cell is sick? That’s a big, overarching question in Parkinson’s research.” 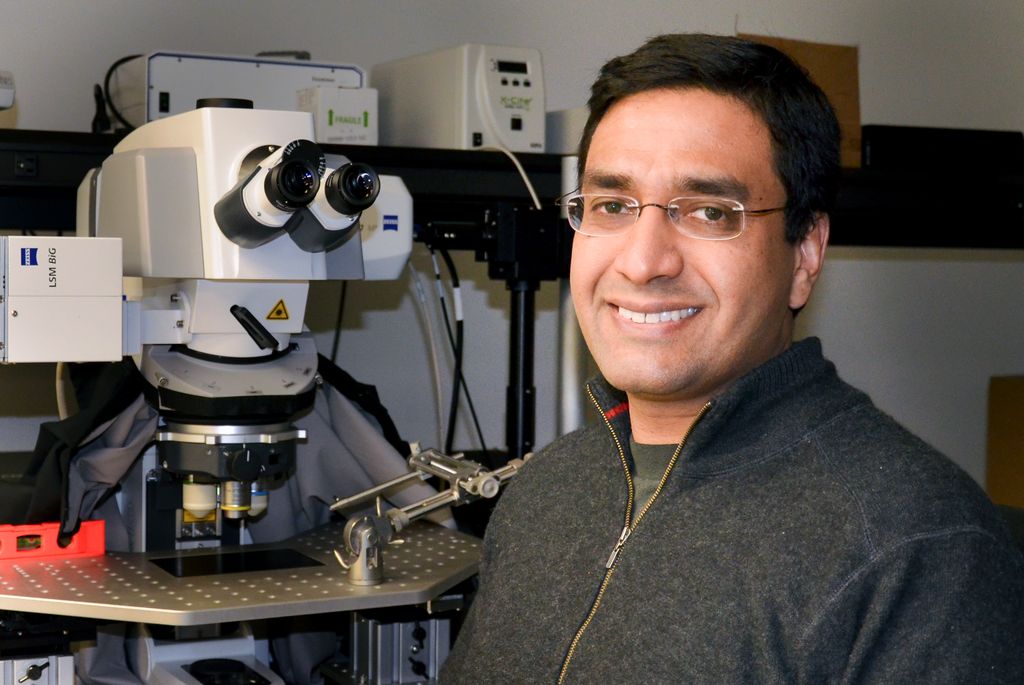 “Because I know the disease so well clinically, I think that I can provide clues that guide our basic science research,” says Unni. “I’m very motivated to study Parkinson’s because I’m inspired to help my patients.” (OHSU/Caitlin Carlson)

Unni, who came to OHSU in 2011 from Harvard Medical School and Massachusetts General Hospital, is working with a mouse model in his lab at OHSU. Using advanced multiphoton imaging, researchers in Unni’s lab can peer inside individual mice to study Lewy bodies in single neurons in the brain. These discoveries could lead to treatments or early detection of the precursor of Parkinson’s disease in people.

“If you could find people with the biomarker and treat them early, you could possibly eliminate the disease,” said Joseph Quinn, M.D., professor of neurology in the OHSU School of Medicine and director of the OHSU Parkinson Center and Movement Disorders Program. “It’s much harder to reverse the disease. When nerve cells die, they’re much harder to replace.”

Unni said that even though his research benefits from his role as a physician grounded in the day-to-day problems experienced by Parkinson’s patients, he acknowledged that it’s not easy to find the time to work in both worlds.

“That’s 20 percent of my time when I’m not in the lab,” he said, “and it’s a very competitive environment in terms of earning grants and publishing papers. That’s part of the reason why there are not a lot of clinicians who do basic science research.”

Indeed, among almost 1 million U.S. physicians, only 1.5 percent reported research as their primary focus, according to a 2014 report by the Physician-Scientist Workforce Working Group of the National Institutes of Health. This year, OHSU is launching an initiative to expand the ranks of physician-scientists and provide better support for people bridging both worlds.

In Unni’s case, he’s confident that he’ll find answers in his lab that will ultimately help future patients who show up in his clinic.

“Because I know the disease so well clinically, I think that I can provide clues that guide our basic science research,” he said. “I’m very motivated to study Parkinson’s because I’m inspired to help my patients.”

Research Week 2018: Everything but the cancer, looking beyond the disease