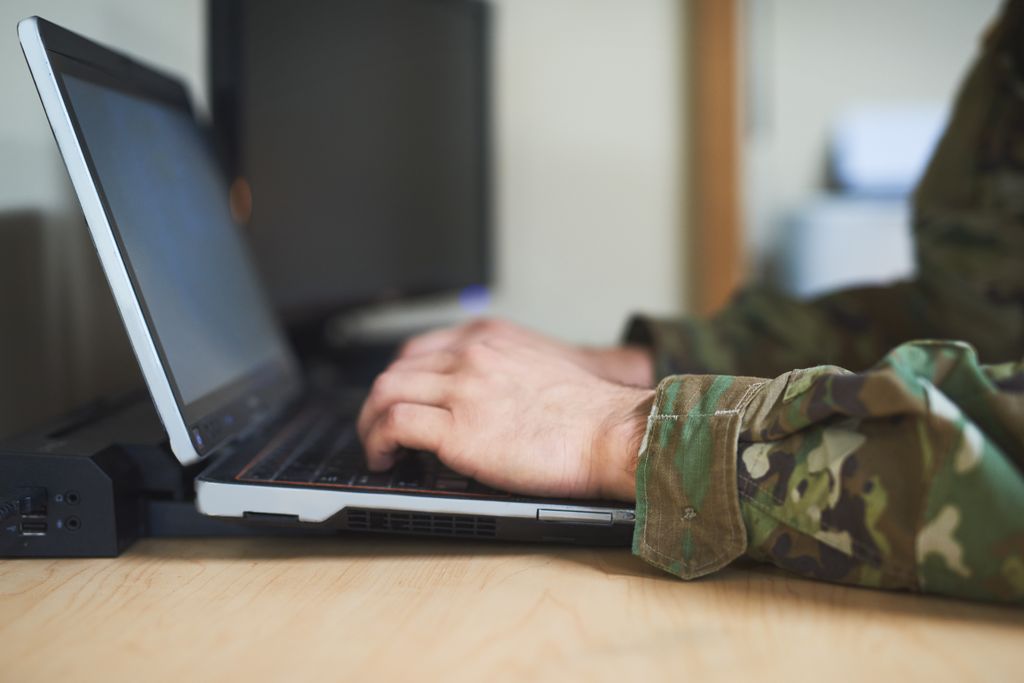 A new study is the first to make a direct comparison of the influence of social contact occurring on social media versus in person. (Getty Images)

For American soldiers stationed around the world, social media provides a crucial lifeline to family and friends in the United States. Yet a new study led by researchers at OHSU in Portland, Oregon, suggests there is no substitute for direct human contact after those soldiers return home.

The study is published in the Journal of Affective Disorders.

Researchers concluded that socializing on Facebook did not raise the risk of mental health problems such as post-traumatic stress disorder and major depression. However, the researchers found that veterans who went out and met family and friends face-to-face at least a few times a week had a 50 percent or more reduced risk of psychiatric problems compared with the most socially isolated military veterans.

“Social media has its place, but it’s important to invest time and energy in connecting with people face to face,” said lead author Alan Teo, M.D., M.S., associate professor of psychiatry in the OHSU School of Medicine and a researcher at the VA Portland Health Care System.

The study was the first to make a direct comparison of the influence of social contact occurring on social media versus in person.

“All in all, these data suggest that frequent Facebook users are also very social in real life, but it is their in-person social interactions that account for any protective effect against psychiatric problems,” the authors write.

Researchers sampled almost 600 U.S. military veterans who completed an online survey; a sizable portion screened positive for psychiatric disorders such as post-traumatic stress syndrome and depression. The veterans all have served since September 2001 and were recruited to the study through advertising on Facebook.

In addition to Teo, co-authors include Benjamin Chan of the OHSU-Portland State University School of Public Health; Somnath Saha, M.D., M.P.H., with the VA Portland Health Care System and professor of medicine (general internal medicine and geriatrics) in the OHSU School of Medicine; and Christina Nicolaidis, M.D., M.P.H., associate professor of medicine and public health in the OHSU School of Medicine; and professor and senior scholar in social determinants of health with the Portland State University School of Social Work.

The study was supported by grants from the Collins Medical Trust and the Medical Research Foundation of Oregon (New Investigatory Grant 1603), as well as a Career Development Award to Dr. Teo from the Veterans Health Administration Health Service Research and Development (CDA 14-428) and the HSR&D Center to Improve Veteran Involvement in Care.