Using Skype to beat the blues 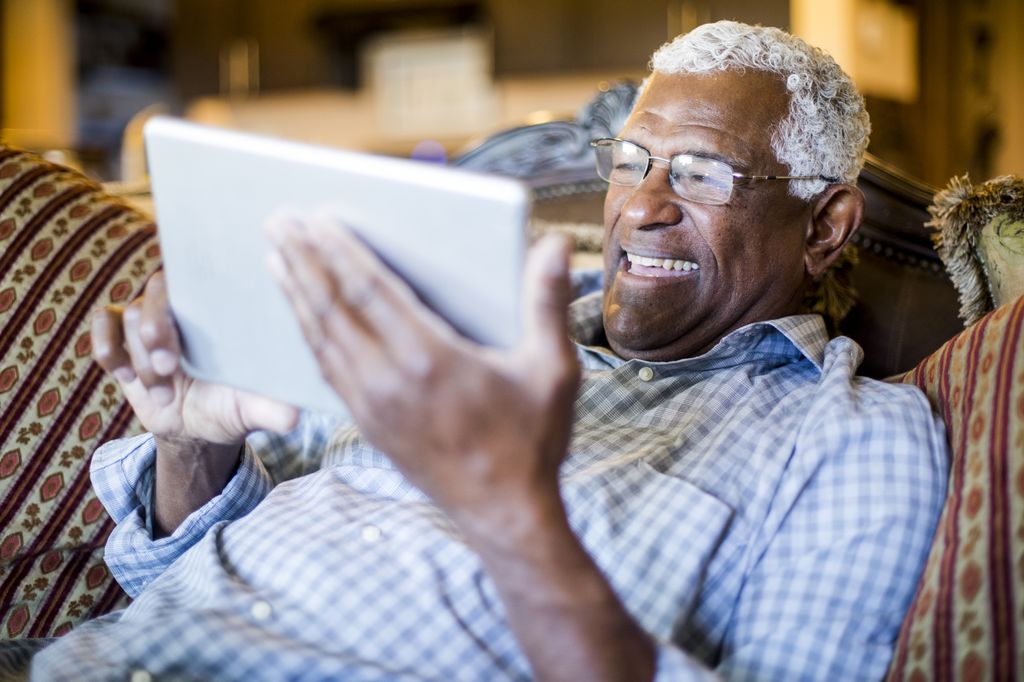 A new study shows that using video chat to connect with friends and family appeared to hold the most promise in staving off depression among seniors. (Getty Images)

Imagine your family has moved across the state or across country. You’re retired, and your spouse has passed away. Lacking the social connections previous generations once found in church or fraternal organizations, it doesn’t take much time to begin feeling isolated and alone.

Social isolation and depression have become commonplace in older adults, with estimates suggesting almost 5 percent of adults aged 50 and above lived with major depression in 2015.

What if you could address the problem through communication technology?

A new study led by researchers at OHSU in Portland, Oregon, discovered that, of four online communication technologies, using video chat to connect with friends and family appeared to hold the most promise in staving off depression among seniors. Researchers compared four different types of online communication technologies – video chat, email, social networks and instant messaging – used by people 60 and older and then gauged their symptoms of depression based on survey responses two years later.

The findings were published in The American Journal of Geriatric Psychiatry.

“Video chat came out as the undisputed champion,” said lead author Alan Teo, M.D., associate professor of psychiatry in the OHSU School of Medicine and a researcher at the VA Portland Health Care System. “Older adults who used video chat technology such as Skype had significantly lower risk of depression.”

The researchers identified 1,424 participants from the 2012 survey who completed a set of questions about technology use. These same participants also responded to a follow-up survey two years later that measured, among other things, depressive symptoms.

Those who used email, instant messaging or social media platforms like Facebook had virtually the same rate of depressive symptoms compared with older adults who did not use any communication technologies. In contrast, researchers found that people who used video chat functions such as Skype and FaceTime had almost half the estimated probability of depressive symptoms, after adjusting for other factors that could confound results, such as pre-existing depression and level of education.

“To our knowledge, this is the first study to demonstrate a potential link between use of video chat and prevention of clinically significant symptoms of depression over two years in older adults,” the authors wrote.

“I still maintain that face-to-face interaction is probably best of all,” Teo said. “However, if we’re looking at the reality of modern American life, we need to consider these communication technologies. And when we do consider them and compare them, our findings indicate that I’m better off Skyping with my dad in Indiana than sending him a message on WhatsApp.”

In addition to Teo, co-authors include Sheila Markwardt, M.P.H., a staff biostatistician at OHSU, and Ladson Hinton, M.D., professor and director of geriatric psychiatry at UC Davis Health.