Native structure of AMPA receptor in rodent model may lead to discovering mechanism behind conditions such as Alzheimer’s disease
By Erik Robinson April 11, 2019 Portland, Oregon 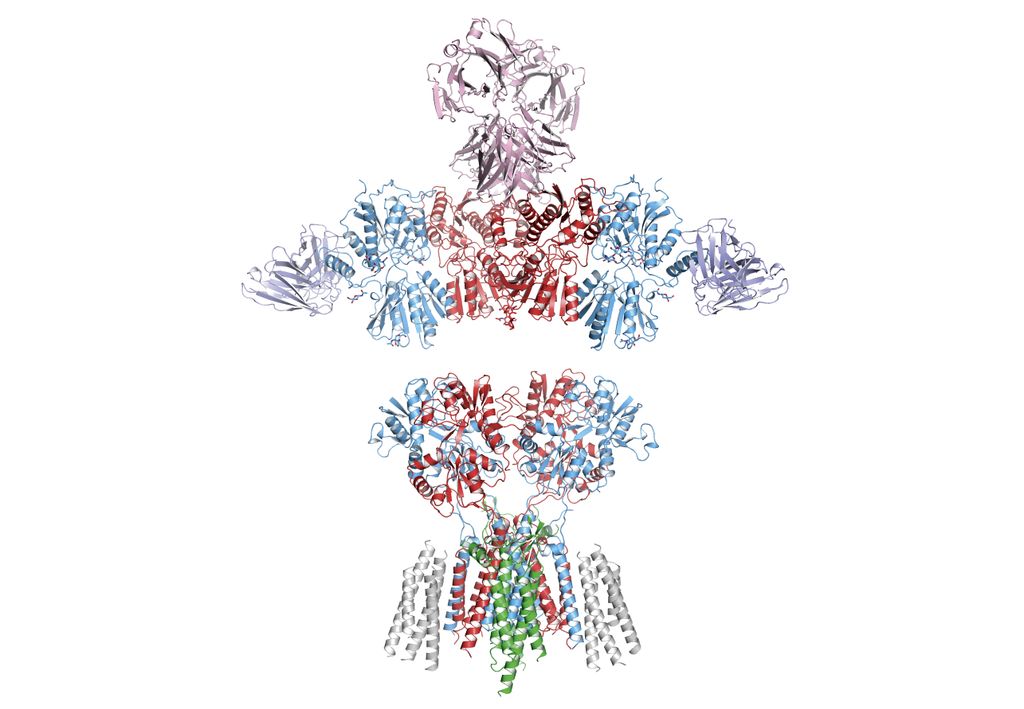 The most common glutamate receptor in the hippocampus region of the brain was revealed using single-particle cryo-EM methods. (OHSU)

Scientists have revealed the structure of a critical receptor in the brain associated with learning, memory, behavior and mood.

The new research, published today in the journal Science, is the first to reveal the structure of AMPA receptors in their natural state. This discovery could lead to new insight about the mechanism behind a wide range of nervous system disorders and diseases.

“These are the fundamental electrical switches of the brain,” said senior author Eric Gouaux, Ph.D., senior scientist and Jennifer and Bernard LaCroute Term Chair of neuroscience in the OHSU Vollum Institute and an investigator for the Howard Hughes Medical Institute. “If these switches don’t work right, then the brain doesn’t function. It can lead to seizures, memory loss, and neurodegenerative conditions like Alzheimer’s disease.”

Researchers at OHSU in Portland, Oregon, and the U.S. Department of Energy’s Pacific Northwest National Laboratory used cryo-electron microscopy and targeted mass spectrometry to reveal the architecture and subunit arrangement of AMPA receptors in rodents. AMPA receptors are activated by the neurotransmitter glutamate, forming permeable ion channels that carry signals between cells throughout the nervous system.

By discerning the makeup of the working structure in rodents, scientists can isolate the same structures in post-mortem samples of human brains and make comparisons. They may then be able to determine differences between the structure and organization of healthy AMPA receptors and those in people with neurodegenerative diseases.

In fact, Gouaux said researchers at OHSU intend to do exactly that.

“It’s super exciting,” he said. “There is no guarantee, but what we want to do is understand how these receptors are different in devastating human diseases for which there are presently few, if any, treatments. If we can get new insights about the mechanism of the disease, it could provide novel approaches for therapies.” 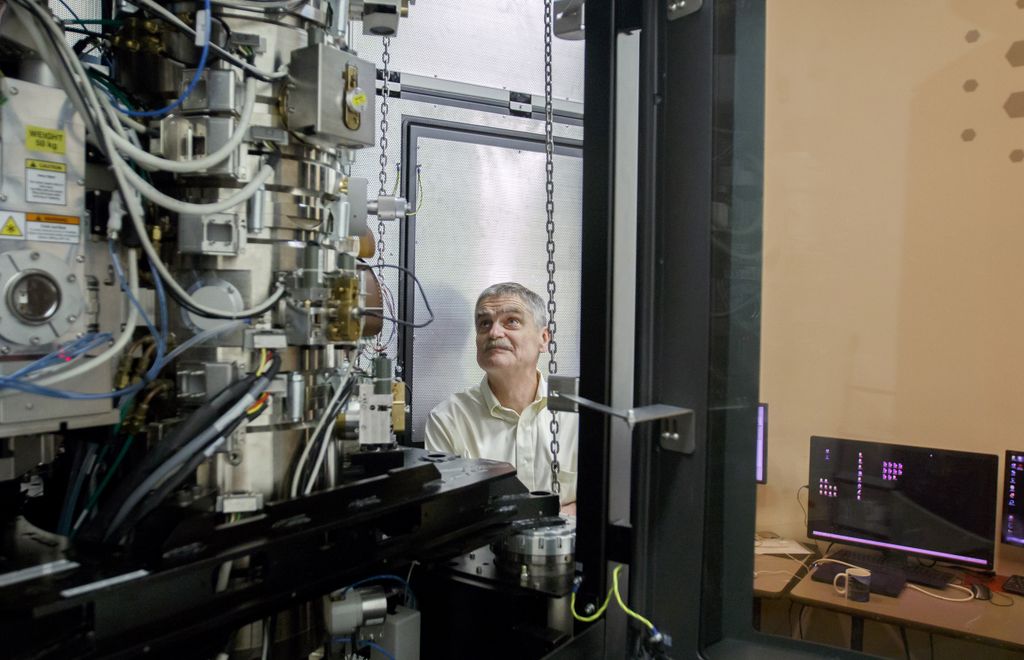 The new discovery comes by way of a technique that’s revolutionizing the field of structural biology.

The ability to use cryo-EM vastly improves the scientists’ ability to discern individual receptors in their true natural, or native, state. Gouaux previously relied on X-ray crystallography to visualize important structures in the central nervous system, however that technique requires scientists to stack up vast quantities of identical molecules so they can be crystallized to form an artificial picture of their native structure.

“It’s a sensitive technique where you need only a small number of molecules,” Gouaux said. “Now we can examine the true receptor as it exists in its natural state.”

In addition to Gouaux, co-authors on the new study include Yan Zhao, Ph.D., and Shanshuang Chen, Ph.D., post-doctoral researchers in Gouaux’s lab; and Adam C. Swensen, Ph.D., and Wei-Jun Qian, Ph.D., with the Pacific Northwest National Laboratory in Richland, Washington.

The work was supported by a grant through National Institute of Neurological Disorders and Stroke of the NIH, award number R01NS038631. Mass spectrometry experiments were supported by the National Institutes of Health grant P41 GM103493 and performed in the Environmental Molecular Sciences Laboratory, a DOE Office of Science user facility located on the PNNL campus.

A new study reveals the structure of AMPA receptors, a critical receptor in the brain associated with learning, memory, behavior and mood. This image is a representation of the most common glutamate receptor in the hippocampus region of the brain, determined using single-particle cryo-EM methods. (OHSU)