Lefties in the White House? 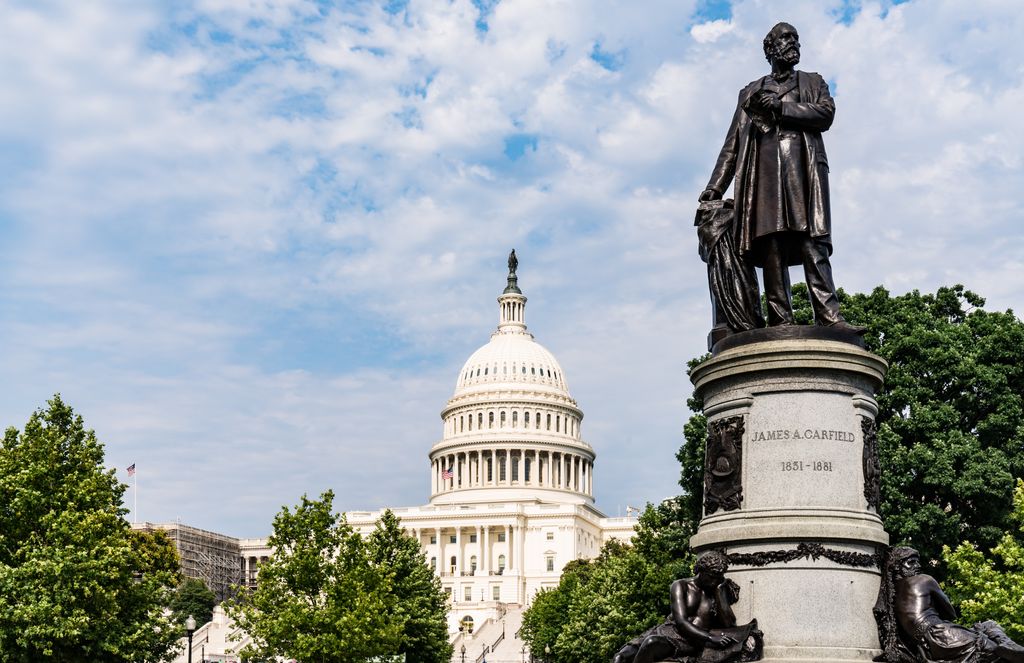 James Garfield was the first left-handed U.S. president. Six of the 13 presidents beginning with Harry Truman – equally divided between Democrats and Republicans – have been left-handed. (Getty Images)

To hear some political pundits tell it, the modern White House has been populated by a bunch of lefties.

In fact, they’re correct, and party affiliation has nothing to do with it.

Six of the 13 presidents beginning with Harry Truman – equally divided between Democrats and Republicans – have been left-handed. Like many people, OHSU neurosurgeon Nathan Selden M.D., Ph.D., was struck by the inordinate number of lefties among U.S. presidents. Unlike most, Selden has special insight as to why that might be.

In an article published today in the Neurosurgical Forum of the Journal of Neurosurgery, Selden credits the “neuropsychological attributes” of lefties for the preponderance of southpaws in the Oval Office.

An estimated 10% of the general population is left-handed. Selden writes that previous research suggests that left-handedness corresponds to right- or mixed-brain dominance, noting that “certain non-verbal aspects of speech, such as emotion and prosody, may be preferentially represented in the right hemisphere, and, therefore more eloquently represented in left-handed speakers.”

Lefties, he said, are custom-made for the television era.

“Today, to get elected you need to connect on TV, which is like connecting with 20 million people all at once with nonverbal cues,” Selden said.

Selden is chair and professor of neurological surgery in the OHSU School of Medicine, in Portland, Oregon, where he specializes in functional neurosurgery for children and is the founding national director for the Society of Neurological Surgeon’s resident boot camp courses.

Before all his experience operating on brains, Selden earned a doctorate in behavioral neuroscience at Cambridge University. He retains an innate curiosity about the inner workings of the human brain and behavior to this day. (Underscoring his expansive interests, Selden recently co-authored “The Rhetoric of Medicine,” a book tracing the practice of medicine back to Ancient Greece, with Nigel Nicholson, a professor of classics and dean of faculty at Portland’s Reed College.)

Sitting on an airplane, Selden read a magazine article surmising that people identified with left-handed politicians because viewers subconsciously associate with their reverse image on TV.

“That bothered me because I thought it was so wrong,” he said.

So, he dug into the matter on his laptop, crafting an outline of the article published today in the Journal of Neurosurgery. In it, he also compares two recent presidents who emerged from entertainment and business: right-handed Donald Trump and Ronald Reagan, a lefty. Selden writes that Reagan was a classic television communicator, cultivating a warm and inviting persona.

Trump may be the first “post-television” president who connects with people through social media, Selden writes. The medium is ideal for provoking voters, rather than forging a human connection.

“He’s doing it through Twitter, which is literally verbal communication without any of the emotional components of speech,” Selden said. “It’s the ultimate left-brain thing – there are no nonverbal cues at all.”