May 18 event will mark the launch of a statewide public awareness campaign to help educate the public about the importance of skin cancer screening, early detection
By Amanda Gibbs May 15, 2019 Portland, Oregon 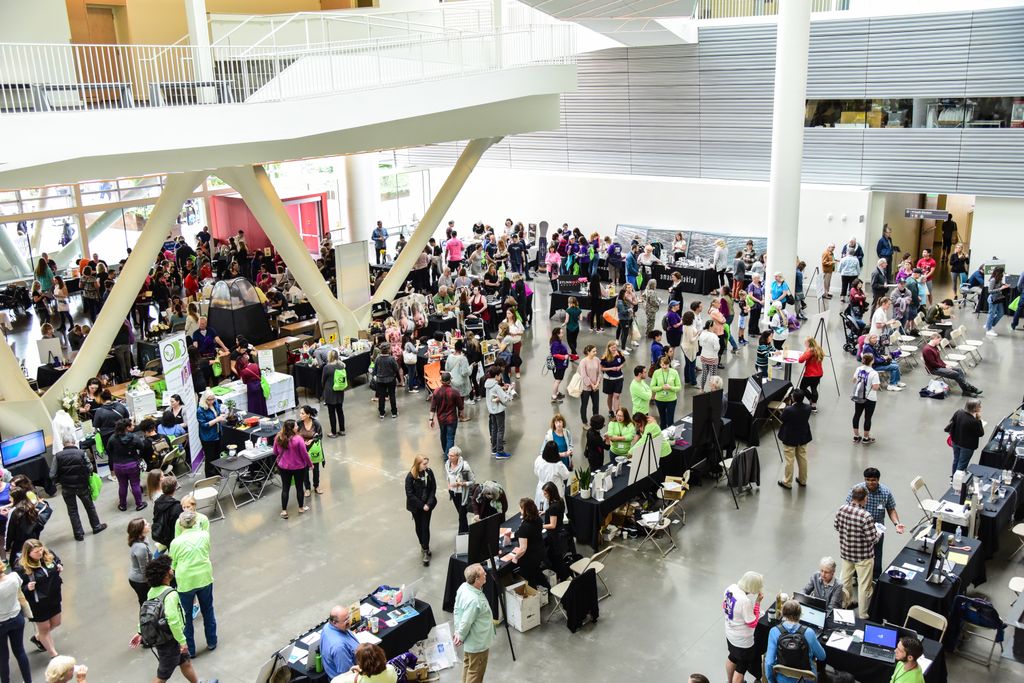 The annual PDX Skincare Festival aims to educate the public about melanoma and healthy skin care. This year's event will mark the start of a new statewide campaign, with a goal to reduce melanoma mortality rates in Oregon by 50% by May 2024. (OHSU/Patrick Kinghorn)

The PDX Skincare Festival, held Saturday, May 18 from 9 a.m. – 3 p.m. at the Robertson Life Science Building, is a community event to help educate the public about their skin and share tips and tricks for maintaining healthy skin. At this year’s event, Leachman’s team is launching an ambitious statewide campaign. Leachman says their goal is to reduce melanoma mortality rates in Oregon by 50% by May 2024. One strategy to achieve that goal, she says, is to improve the rate of early detection.

National Surveillance, Epidemiology and End Results Program data, known as SEER data, shows that when melanoma is caught early, in stage 1 or 2, the five-year survival rate is extremely high at 98%.  The rate of survival declines dramatically the later a melanoma is caught to approximately 60% for stage 3 and only 25% for stage 4.

“We desperately need everyone to watch their skin and the skin of their loved ones,” says Leachman, chair of the Department of Dermatology in the OHSU School of Medicine. “Melanoma is a cancer that we can catch early because we have the necessary technology – our eyes. Our hypothesis is that this early detection campaign will increase melanoma literacy throughout Oregon, empowering individuals to seek help earlier, saving lives, and, eventually, reducing costs of medical care.”

Launching a statewide campaign from Astoria to Medford

To lower those high melanoma rates, Leachman and team want to reach everyone in Oregon. Several communities across the state have joined the effort and will host additional, simultaneous “War on Melanoma” events on May 18, including Astoria, Salem, Medford and Roseburg.

These statewide events are just one facet of the overall campaign to help combat mortality rates. The OHSU Knight Cancer Institute team has been at work since 2014 building a collaborative network of physicians and scientists from the OHSU-PSU School of Public Health, the Oregon Health Authority, the Oregon Medical Association and the Oregon Dermatologic Society. Oregonians will begin to see a public health awareness campaign roll out in May, promoting the importance of skin self-exams in detecting the disease early. 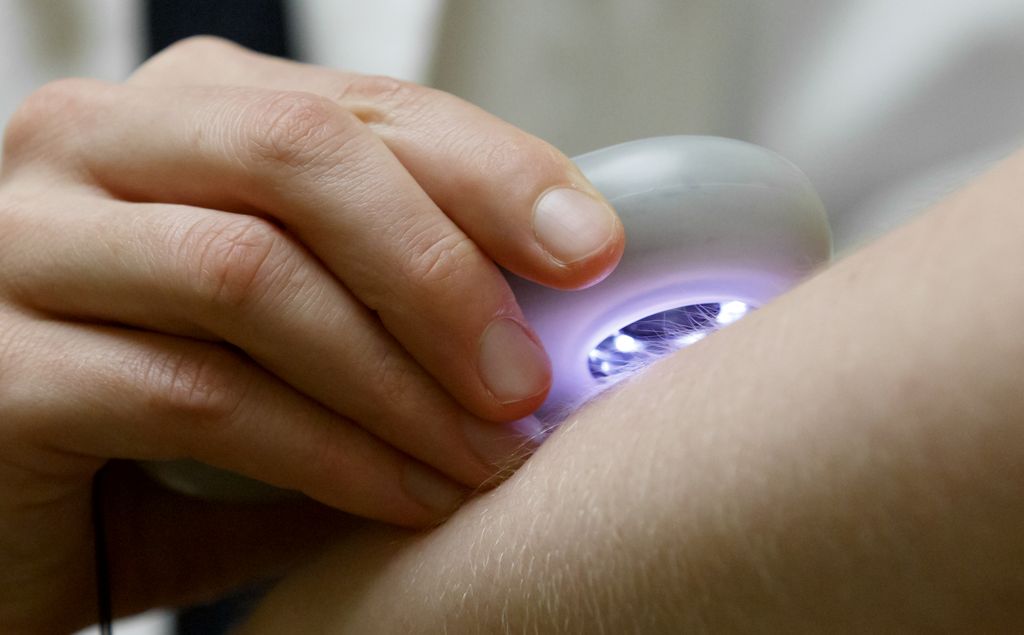 The campaign focuses on the fact that melanoma is a cancer you can stop with your eyes, Leachman says.

With the statewide campaign in full swing, Leachman says the next phase will focus on extending the “War on Melanoma” beyond Oregon, across the country. To that end, she has assembled a team of female leaders with expertise in melanoma early detection. They call themselves the DAMES —Dermatogists Against Melanoma’s Existence. The team includes Susan Swetter, M.D., professor of dermatology and director of Melanoma and Cutaneous Oncology at Stanford University, and Clara Curiel, M.D., professor of dermatology and director for the University of Arizona Cancer Center Skin Cancer Institute.

Leachman says Swetter and Curiel will attend the May 18 event to help “rally the troops” at a continuing medical education event held in conjunction with the community event.

“Our goal has always been to educate as many people as we can about protecting their skin,” says Leachman. “Early skin cancer detection information and resources need to be out in the community to educate the public, community service providers and skin care professionals. We need absolutely everyone on board to help fight this disease.”

A patient’s perspective on the importance of early detection 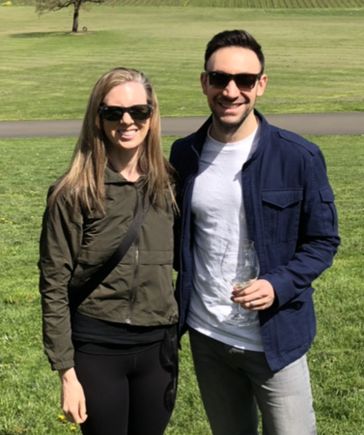 Mindi Helmandollar-Armatas, an OHSU patient who battled late-stage melanoma, can attest to how important early detection of melanoma can be.

When she was 22, Helmandollar-Armatas discovered a mole on her left chest that had started to bleed. Before noticing the mole, she frequented tanning booths and never thought twice about it. In fact, having tan skin was a requirement to be a cheerleader on her college cheer team.

“I used to see those tiny cancer warnings in tanning beds, but those warnings didn’t really sink in with me,” she says. “I used to think that only older people got skin cancer and that it wouldn’t happen to me.”

A trip to the dermatologist ultimately revealed the mole was stage 3 melanoma. Five years and two surgeries later, she was deemed cancer-free. Ten years from her initial diagnosis, her cancer came back, this time as a tumor in her lung, followed by another tumor in her left leg. After a regimen of immunotherapy, she now takes 12 pills a day to “keep the tumors away.” She continues to see Dr. Leachman for follow-up and proudly celebrated a clear scan in February 2019.

Helmandollar-Armatas will be honored at Aim At Melanoma’s “Steps Against Melanoma” 5K Walk May 18, with all proceeds from the walk benefiting the OHSU Melanoma Tissue Bank Consortium. She says she hopes her story can be an inspiration to younger people who may not realize they can help prevent the disease.

“I’d like to go back and tell that 22-year-old that her skin is fine the way it is,” she says. “That’s what I want people to know: you need to be your own advocate, watch for changes in your skin and protect the skin you’re given.”

Resources at the “War on Melanoma” website include tools for patients survivors and family members to be proactive about seeking medical advice. Those resources include: links to clinicians, eVisit information, the Mole Mapper tracking app, and information on the Melanoma Community Registry. Learn more on the “War on Melanoma.”

Dr. Sancy Leachman, at an OHSU clinic in 2015. (OHSU/Fritz Liedtke)

Mindi Helmandollar-Armatas, an OHSU patient who battled late-stage melanoma, shown with her husband. She will be honored at the upcoming Steps Against Melanoma 5K Walk with all proceeds from the walk benefiting the OHSU Melanoma Tissue Bank Consortium. (Photo courtesy of Helmandollar-Armatas)

May 18: 2nd Annual ‘PDX Skincare Festival’ open to the community