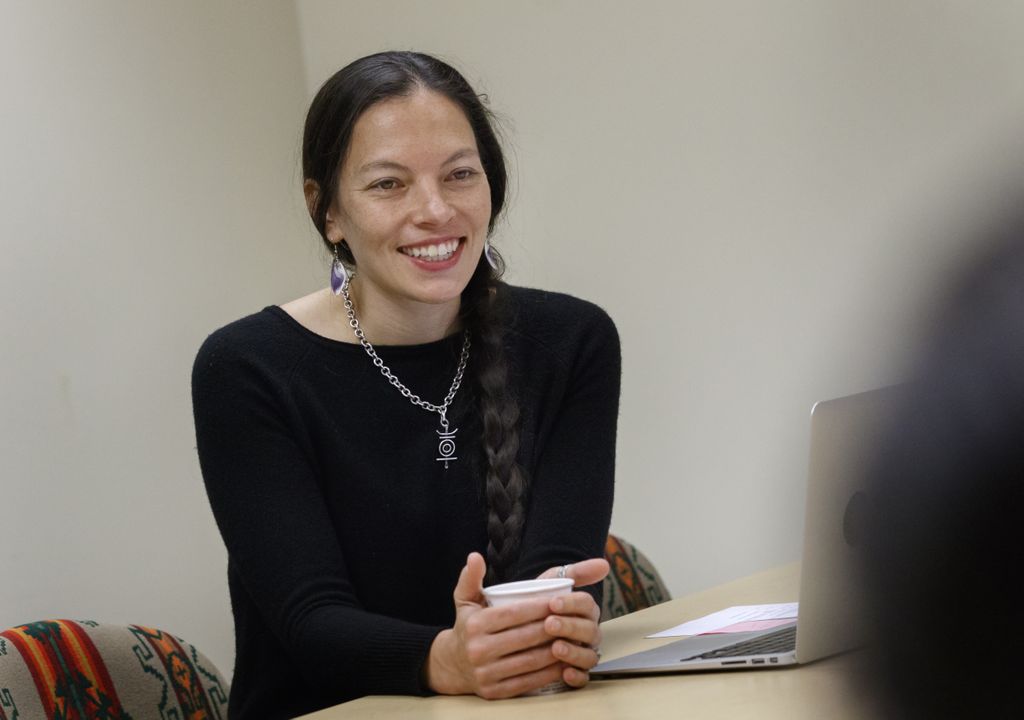 Amanda Bruegl, M.D., of the Oneida and Stockbridge-Munsee Nations, has been named a scholar of the Harold Amos Medical Faculty Development Program, which is part of The Robert Wood Johnson Foundation. (OHSU/Kristyna Wentz-Graff)

An OHSU gynecologic oncologist is among 15 people nationwide named to a prestigious fellowship for physicians with backgrounds that are underrepresented in medicine.

Amanda Bruegl, M.D., of the Oneida and Stockbridge-Munsee Nations, has been named a scholar of the Harold Amos Medical Faculty Development Program, which is part of The Robert Wood Johnson Foundation.

The four-year fellowship will help Bruegl advance her research examining human papilloma virus infection in Native Americans, while also receiving and offering mentorship with others belonging to underrepresented groups in medicine.

“This is an incredible affirmation that what I’m doing has value,” said Bruegl, an assistant professor of obstetrics and gynecology in the OHSU School of Medicine. “Coming from a family where no one else has gone to professional school, every day is unchartered. This fellowship helps me inherit mentors who believe in me, and have been there before. It’s really powerful.”

The fellowship - which is named after Harold Amos, Ph.D., the first black person to chair a department at Harvard Medical School - will pay $75,000 of her salary and support $30,000 of her research annually.

“Cervical cancer is highly preventable,” Bruegl said. “But Native Americans in Oregon get cervical cancer 1.5 times more than the general state population and die from it two times more often. I see that as a problem.”

Beyond conducting research, Bruegl also cares for patients at the OHSU Center for Women’s Health once a week, at Salem Hospital once a week, and at the Confederates Tribes of Warm Springs Health and Wellness Center once a month. She is also the research director for this year’s class of the OHSU Wy’east Post-Baccalaureate Pathway, a 10-month program for talented Native American students that offers a pathway to improve academic skills and be successful in the medical school admissions process.

Bruegl joined OHSU in 2015, after earning a master’s degree in cancer biology at the University of Texas Graduate School in Biomedical Sciences and a medical degree from the University of Washington School of Medicine.

She also was a KL2 Program scholar through the OHSU Oregon Clinical and Translational Research Institute from 2017 to 2019. The program, which helps promising early-career faculty transition into independent senior researchers, is supported by the National Institutes of Health under grant KL2TR002370.