Treatment for opioid use disorder is rare in hospitals, study finds 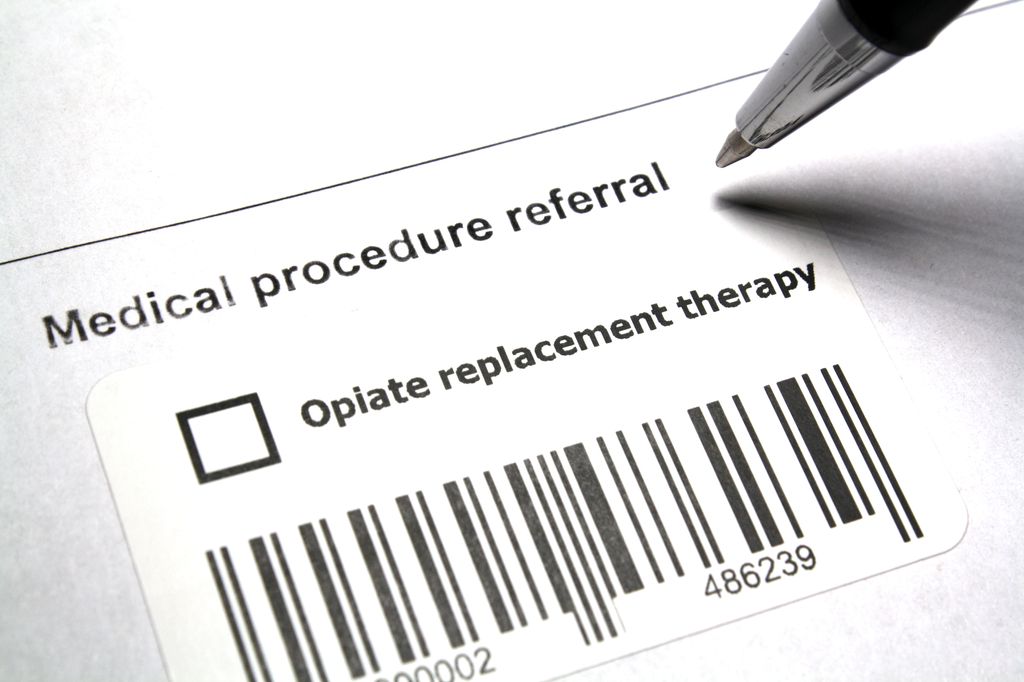 A new study shows a small percentage of hospitalized patients with opioid use disorder receive life-saving medications, during and after they’re discharged. (Getty Images)

Despite a national opioid-related overdose epidemic that continues to claim tens of thousands of lives annually, a new nationwide study shows that a scant proportion of hospitalized patients with opioid use disorder receive proven life-saving medications both during and after they’re discharged.

The study published in the Journal of General Internal Medicine.

“It really paints a bleak picture of the current state of affairs about the treatment of people with opioid use disorder nationwide,” said lead author Kelsey Priest, Ph.D., M.P.H., a health systems researcher and current M.D./Ph.D. student in the Oregon Health & Science University School of Medicine.

The study plumbed an extensive database of patients in the Department of Veterans Affairs health care system. Researchers identified more than 12,000 patients across 109 hospitals who were hospitalized for various reasons but also had underlying opioid use disorder during the fiscal year ending in 2017.

The researchers identified 10,969 patients who had opioid use disorder at the time they were hospitalized but weren’t receiving treatment. Of those patients, only 203 – 2% – received a medication to treat opioid use disorder while they were in the hospital and were subsequently linked to care after their discharge. That’s important because findings from an earlier study from OHSU showed that patients who received medication such as buprenorphine in the hospital are twice as likely to continue their therapy after discharge.

“This is a huge missed opportunity,” said co-author Honora Englander, M.D., associate professor of medicine in the OHSU School of Medicine.

Englander is director of an in-hospital intervention program that OHSU started in 2015.

Project IMPACT, or Improving Addiction Care Team, brings together physicians, social workers, peer-recovery mentors and community addiction providers to address addiction when patients are admitted to the hospital. The program is a rare exception, although part of a small but growing cohort of hospitals nationwide implementing these services. The need for these interventions is clear based on the study published today.

“Hospitalization is a reachable moment to initiate and coordinate therapy to treat substance use disorder,” Englander said. “This study shows that in the VA – which most likely out-performs other U.S. hospitals – life-saving, evidence-based treatment is rarely prescribed.”

Opioid agonist therapies available in the hospital include methadone or buprenorphine. Both relieve withdrawal symptoms and pain, normalizing brain function by acting on the same targets in the brain as prescription opioids or heroin.

The study was supported by the National Institute on Drug Abuse of the National Institutes of Health, grants F30 DA044700, R33 DA035640, and UG1 DA015815; the Greenlick Family Scholarship Fund and the U.S. Department of Veterans Affairs Health Services Research & Development, grant IK2HX001516. The contents are those of the authors and do not represent the views of the U.S. Department of Veterans Affairs or the U.S. government.

Previous Story PPE plus infection control training lowers risk of COVID-19 among health care workers Next Story COVID-19-related illness among children: What we know so far

Kelsey Priest, M.P.H., and an M.D./Ph.D. student in the OHSU School of Medicine and OHSU-PSU School of Public Health. (OHSU)