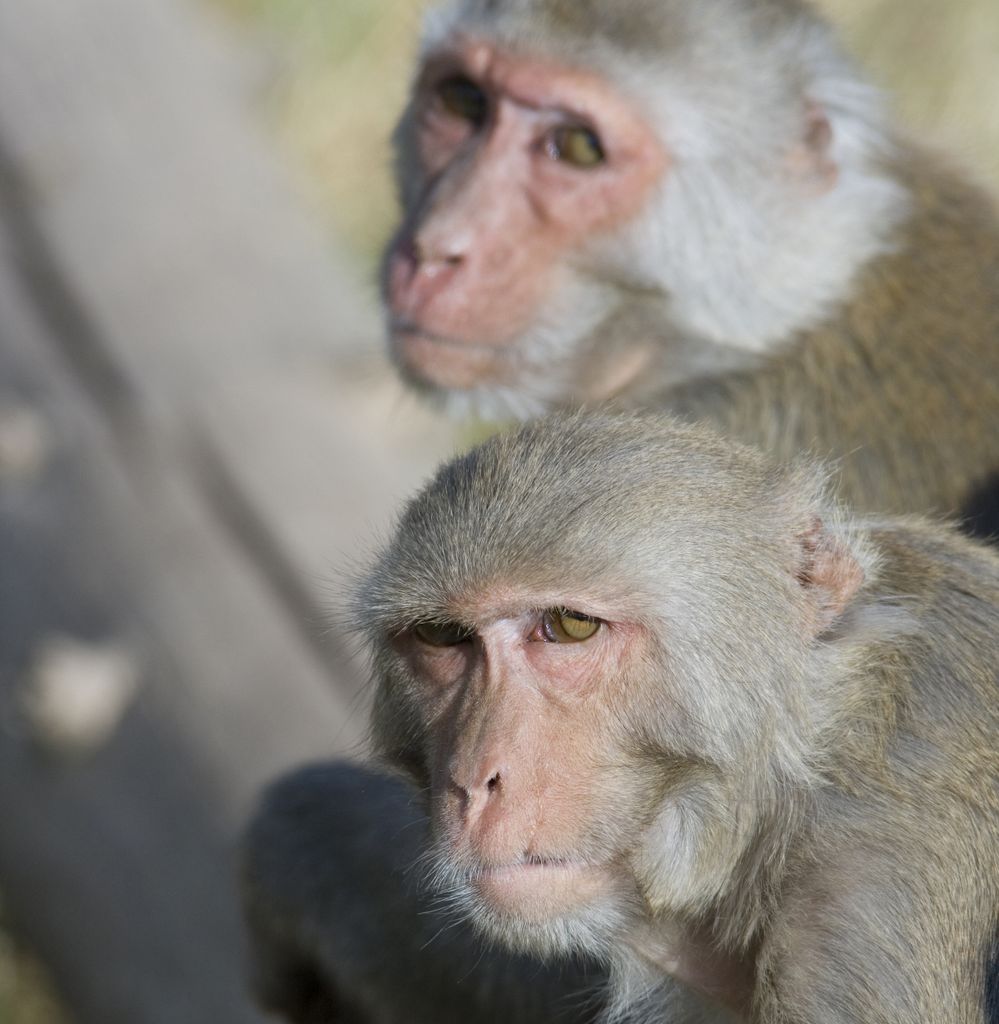 The scientists say the focus on aging extends a long-term body of research involved with the protective sheath around nerve cells that is damaged in conditions such as multiple sclerosis, and they are working to develop methods to promote the rebuilding of this sheath, called myelin.

A research team at the ONPRC suspect similar processes are at work in aging, and they have a prime opportunity to learn more among the colony of more than 5,000 nonhuman primates.

“We have some of the oldest monkeys on the planet,” said Larry Sherman, Ph.D., an OHSU professor in the Division of Neuroscience at the primate center. “This gives us an opportunity to understand what normal aging looks like in the primate brain.”

In fact, Sherman and other OHSU collaborators have discovered that some of the same processes involved in the loss of myelin in neurodegenerative conditions like MS may also be related to cognitive decline in aging.

In 2012, OHSU researchers published a study in the journal Neurobiology of Aging revealing that the same molecule that accumulates in the brain of patients with MS – known as hyaluronic acid, or HA – is also present in the gray matter of healthy rhesus macaques. Importantly, they found that HA levels significantly increase with age.

The research team is currently working to develop a compound that neutralizes a related enzyme called hyaluronidase, which breaks HA into small fragments that prevent myelin repair. They already have demonstrated successfully the process in mice, and they’re now working to develop a compound that’s equally effective in a small and rare population of macaques that happen to have a natural version of a neurodegenerative disease that’s similar to MS in humans.

As scientists develop that compound, they are interested in applying it to older monkeys that are aging normally.

“We can actually try the same intervention we’re developing for MS and ask, OK, if we give this to these aging monkeys, do we see changes in the brain consistent with myelin repair?” Sherman said. “It allows you to test your therapy in a legitimate model of what’s happening in the human brain.”

Monkeys at the primate center have lived to be almost 40 years of age – the human equivalent of 100 years old  – and scientists are able to understand the natural course of aging by monitoring background variables such as diet and exercise that would be impossible to control in people.

That’s important because many age-related types of dementia remain poorly understood, even though people are living longer than ever.

“Now we know there’s more than one way to have a cognitively impaired old person,” Sherman said. “Alzheimer’s gets a lot of attention in the media, but normal aging itself doesn’t get as much attention because it’s not considered a disease but something we’re all going to go through if we’re lucky.

“We would all benefit from understanding better ways to protect the brain, so we can age well.”