If Portland study is successful, it could open opportunities for combined wastewater and saliva testing efforts in other communities
By Erik Robinson November 18, 2020 Portland, Oregon 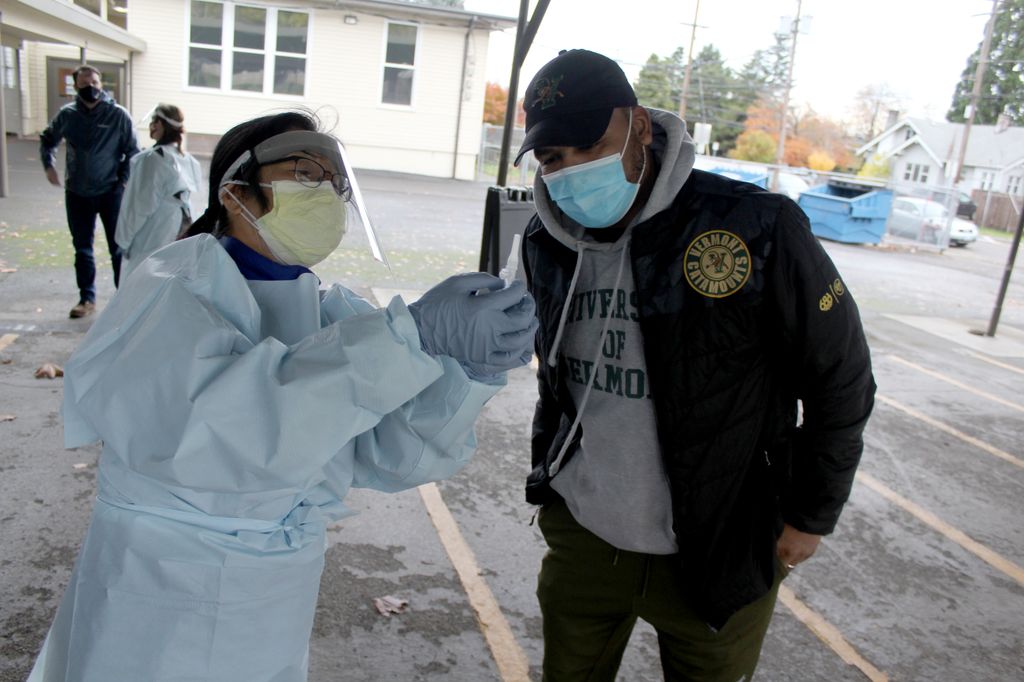 A new initiative will attempt to discern early signals of the novel coronavirus – and potentially prevent an outbreak – in four Portland neighborhoods through wastewater screening combined with voluntary saliva testing of area residents.

Oregon Health & Science University is leading the project, in collaboration with the nonprofit Self Enhancement Inc. Two metropolitan area wastewater utilities are assisting in the project: Wastewater samples will be taken at four manhole locations by the city of Portland Bureau of Environmental Services and analyzed by the Washington County utility Clean Water Services.

The sampling will target four specific areas of the city identified by SEI, a community-based nonprofit focused on guiding underserved youth and building community. The organization started in 1981 in north and northeast Portland and has since shifted south and east to serve historically Black communities displaced by gentrification.

Anthony Deloney, SEI’s director of strategic initiatives, said the organization views the study as an opportunity to get an early warning to prevent the spread of a virus that has disproportionately harmed communities of color.

“For us, it’s a great opportunity to drill down and see where the need may be and possibly head off some of the negative impacts of COVID,” Deloney said. “It’s pretty clear from the evidence that African Americans have been hit disproportionately from the effects of COVID.

“This is our attempt to get ahead of the curve, rather than behind it.”

Checking for the virus in wastewater isn’t a new idea. Other wastewater sampling efforts have been used for decades as a way of checking for polio in some countries and the community prevalence of opioid use in the United States. Now, wastewater sampling is being used worldwide to detect the community prevalence of the SARS-Cov-2 virus, including through an initiative led by Oregon State University in several smaller communities across Oregon.

For this new project, Clean Water Services will analyze wastewater samples collected in specified locations by the city of Portland’s Bureau of Environmental Services.

OHSU is working with SEI to establish locations where any local resident, with or without symptoms, can go to receive free saliva-based tests for the SARS-Cov-2 virus.

The samples will be collected over the next 10 weeks.

If the project is successful in detecting early signals of the virus and preventing its spread, it could be expanded to other locations, said Donna Hansel, M.D., Ph.D., chair of pathology in the OHSU School of Medicine and lead investigator on the study. Ultimately, the study will help to determine whether it makes sense to expand wastewater screening across other parts of the metro area.

“This will be a great way to better focus testing, which is going to continue to remain a more limited resource,” Hansel said.

SEI will use its existing network of community contacts to recruit residents in each of the areas to come and take a saliva test at locations that will be set up in the neighborhoods and staffed by OHSU research coordinators and faculty from OHSU’s in-house testing lab. 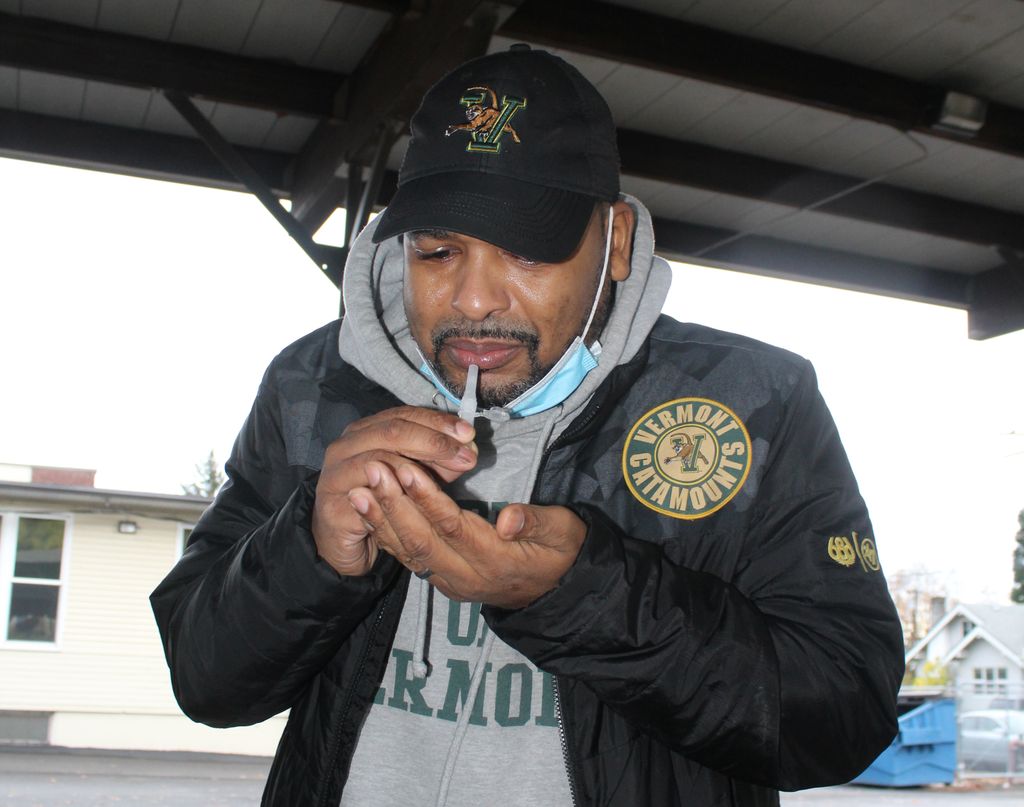 Anthony Deloney of Self Enhancement Inc., demonstrates the saliva test, which is an alternative to the standard nasopharyngeal test for the novel coronavirus. (OHSU/Erik Robinson)

OHSU took the first step by validating a saliva test that’s sufficiently sensitive to detect the presence of the virus.

The test involves collecting samples from residents spitting into a specialized tube. The saliva test is an  alternative to the standard nasopharyngeal test, which involves inserting a small swab deep within the nose to collect a sample of mucus.

Hansel said residents will be encouraged to provide samples on a weekly basis, which will reduce the chance of missing an infection.

Wastewater screening, followed by door-to-door voluntary testing of individuals, is already underway in several smaller cities across the state through an Oregon State University project. In a larger city with a higher population density, it’s more difficult to effectively trace signals of infection within large volumes of wastewater back to the source.

The sewersheds are located within two broad areas of the city: between 118th and 162nd streets along Southeast Powell Boulevard, and between 92nd and 159th streets along Northeast Sandy Boulevard.

SEI will rely on its existing network of clients and community connections to recruit participants willing to be tested.

“Our strength is in building community and getting the word out to the hardest-to-reach populations,” Deloney said. “That’s why we specifically picked those areas. A lot of our coordinators and frontline workers live in those communities, and we’re already meeting with our clients there regularly.” 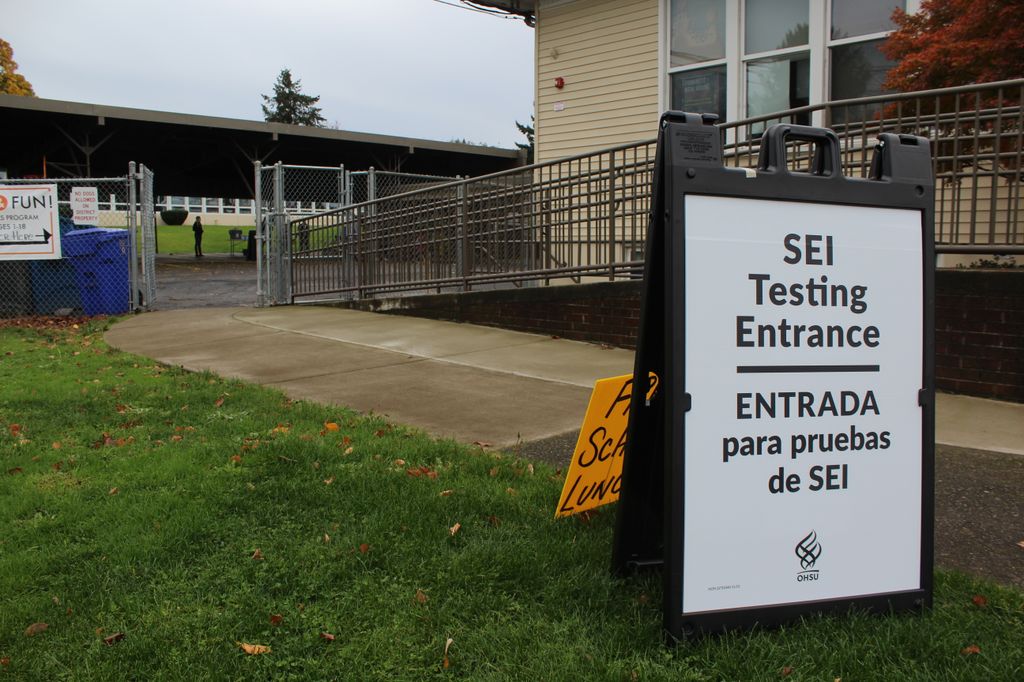 OHSU this week started offering voluntary testing to residents of Portland neighborhoods whose wastewater is also being screened for the SARS-CoV-2 virus. (OHSU/Erik Robinson)

Typically, the large volume of wastewater in large cities makes it difficult to track microscopic particles of RNA to any particular building or residence.

In this case, however, OHSU researchers are working with the city to tap into relatively small regions within the overall wastewater system. Combined with the voluntary testing of individuals living in those areas, Hansel said the study aims to correlate the prevalence of virus in wastewater to the number of positive tests among individuals. With that information, it may be possible to calibrate the rate of testing that would be required to head off an outbreak in other densely populated areas.

“This will give us hands-on experience in an urban environment,” Hansel said.

Depending on the results of this pilot study and on available funding, OHSU leaders say they are open to exploring similar collaborations with other community organizations.

The study is being supported through $250,000 contributed by the OHSU Foundation.

Anthony Deloney of Self Enhancement Inc., demonstrates the saliva test, which is an alternative to the standard nasopharyngeal test for the novel coronavirus. (OHSU/Erik Robinson)

OHSU this week started offering voluntary testing to residents of Portland neighborhoods whose wastewater is also being screened for the SARS-CoV-2 virus. (OHSU/Erik Robinson)