OHSU scientists are first to document mechanism that can cause temporary but severe loss of nervous system function
By Erik Robinson December 08, 2020 Portland, Oregon 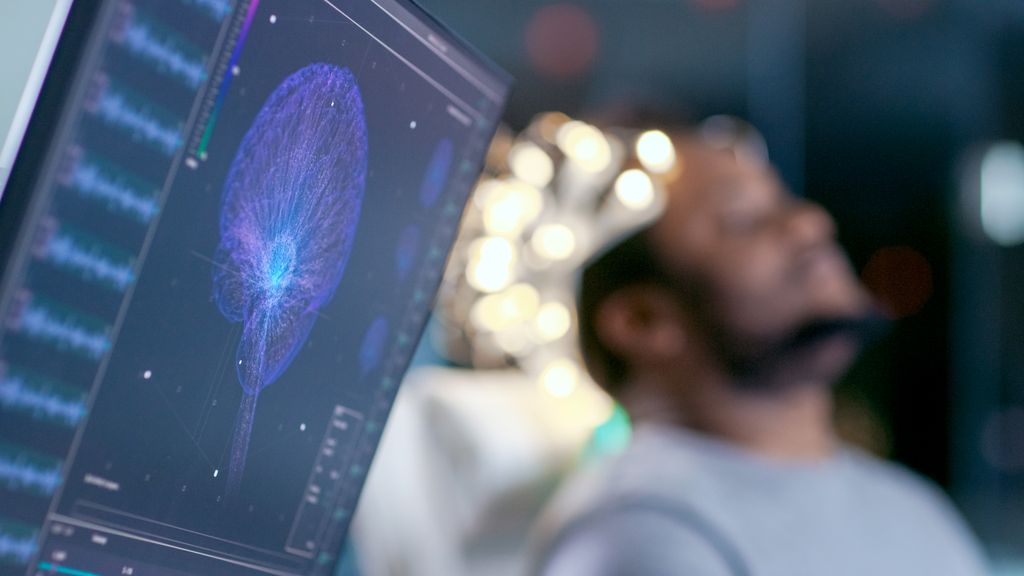 New research from Oregon Health & Science University may help to explain why people can suffer from temporary but severe loss of cognitive function in cases of traumatic brain injury or disease. (Getty Images)

Injury or disease that afflicts a relatively small number of brain cells causes a chain reaction that stops activity across a vast network of neural circuits, according to new research from Oregon Health & Science University.

The findings, published today in the journal Neuron, may help to explain why people can suffer from temporary but severe loss of cognitive function in cases of traumatic brain injury or disease.

“Even the so-called bystander neurons that aren’t injured or diseased can sense there’s been an injury and radically change their function,” said senior author Marc Freeman, Ph.D., director of the Vollum Institute at OHSU. “That means that it’s not just the broken neurons that are affected when you have a nervous system injury – it’s maybe all of the neurons.”

Researchers made the discovery working with the fruit fly Drosophila, which despite its tiny size is a well-established model for neural networks in people. They zeroed in on the axon, the threadlike portion of a nerve cell that transmits signals within the nervous system. To simulate the damage that might occur in a discrete head injury, researchers snipped a small number of axons in a larger bundle.

They found that the relatively small injury rippled out beyond the severed axons, suppressing sensory signals among neurons that weren’t directly damaged at all.

“A small injury can cause the whole nerve to shut down,” Freeman said.

The study attributed this response to glial cells, the abundant but oftentimes overlooked supporting cell within the brain.

“Glial cells are the watch dogs of nervous system health,” Freeman said. “Our work suggests that even when there’s a relatively small injury to some neurons, they can run out like Paul Revere and shut everything down.”

From an evolutionary perspective, Freeman theorizes that this bystander effect may help to conserve energy in large swaths of the nervous system following disease or injury. Bystander neurons then effectively revive once it becomes clear that they are uninjured.

“Our best guess is that it allows the nervous system to pause after an injury,” he said. “It enables cells to assess their status and, if they’re not healthy, activate programs to destroy themselves. If they’re healthy, they recover.”

The research was supported by the National Institutes of Health, award number R01 NS059991 and P30 NS061800 through the OHSU Neuroscience Imaging Center.

In the interest of ensuring the integrity of our research and as part of our commitment to public transparency, OHSU actively regulates, tracks and manages the relationships that our researchers may hold with entities outside of OHSU. In regard to this research, Freeman is a co-founder of Nura Bio, a company that may have a commercial interest in the results of this research. Review details of OHSU’s conflict of interest program to find out more about how we manage these business relationships.

Study in Nature documents role of glial cells in brain