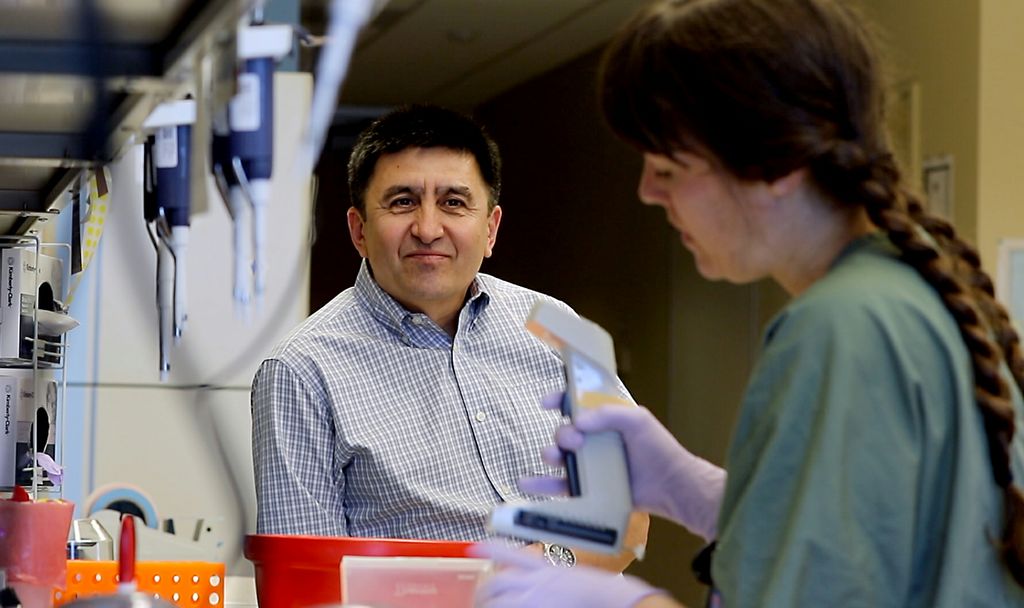 A decade after the birth of the first primates born with the aid of a gene therapy technique designed to prevent inherited mitochondrial disease, a careful study of the monkeys and their offspring reveals no adverse health effects.

The new study generally bolsters the scientific basis for mitochondrial replacement therapy in human clinical trials, with an important caveat: Researchers found varying levels of carryover maternal mitochondrial DNA that had preferentially replicated and accumulated within some internal organs, although not enough to cause health effects.

“Our data show that MRT is compatible with normal development, fertility and aging in nonhuman primates without any detected adverse effects,” the authors write. “However, carry-over maternal or paternal mtDNA contributions increased substantially in selected internal tissues/organs of some MRT animals, implying the possibility of mtDNA mutation recurrence.”

Researchers say that the initial five rhesus macaque monkeys – born in 2009 – all developed normally to adulthood, and they observed normal healthy development in their offspring as well.

“It’s reassuring that the monkeys appear to be healthy and fertile through generations,” said co-author Paula Amato, M.D., professor of obstetrics and gynecology in the OHSU School of Medicine. “It adds to a growing body of evidence that would support moving forward with clinical trials to prevent the transmission of mitochondrial disease.”

That won’t happen in the United States, at least for the time being.

Through a budgetary rider, Congress has blocked the Food and Drug Administration from providing oversight for such clinical trials in the U.S. Even though the technique was developed at OHSU as a way to break the cycle of disease passed from mother to baby through mutations in mitochondrial DNA, it is only available overseas through clinical trials currently underway in the United Kingdom and Greece.

Mitochondria control respiration and energy production within every cell of the body, so mutations in mtDNA can cause a range of potentially fatal disorders affecting organs with high-energy demands such as the heart, muscle and brain. Mitalipov’s mitochondrial replacement technique mitigates this problem by replacing disease-causing mitochondrial mutations in a mother’s egg with donor mitochondria.

In 2009, researchers successfully demonstrated the technique with the birth of rhesus macaques at OHSU’s Oregon National Primate Research Center.

The study published today provides insight about their health over the long term and across generations.

“The question was always there about the long-term safety of this technique,” Mitalipov said. “We wanted to find out whether this procedure will somehow show negative effects later in life. We saw no adverse health effects across two generations.”

The study also provided important insight about the amount of maternal mtDNA detected within organs. This issue starts with a residual amount of maternal mtDNA that’s carried over with the mother’s nucleus to a donor egg stripped of its nucleus. This could be a big problem in cases where the technique is intended to prevent the transmission of disease-causing mtDNA from mother to child.

That’s because as cells divide, this small remnant can preferentially replicate as the embryo develops – raising the potential for ultimately causing the very disease the therapy was designed to prevent.

“For most mutations, you’d need to have 60% mutant mtDNA to cause a disease,” Mitalipov said.

It is also irrelevant in cases where the technique is used to treat infertility as opposed to preventing the transmission of known genetic mitochondrial disease.

The study made one other curious finding. Although mitochondrial DNA is normally passed from mother to child, the new study found that up to 33% of the mtDNA in selected tissues in two macaques had been contributed by the paternal line. This is unusual although not unprecedented, and Mitalipov said he is interested in learning more about why the minute level of mtDNA in sperm cells replicated exponentially as the cells divided and the embryos grew.

“Once you turn on this engine, it’s like a power plant,” Mitalipov said.

The studies described in this research were supported by the Burroughs Wellcome Fund, the National Institutes of Health (grant awards R01AG062459 and P51 OD011092), the National Research Foundation of Korea (grant award 2018RIDIAIB07043216) and OHSU institutional funds.