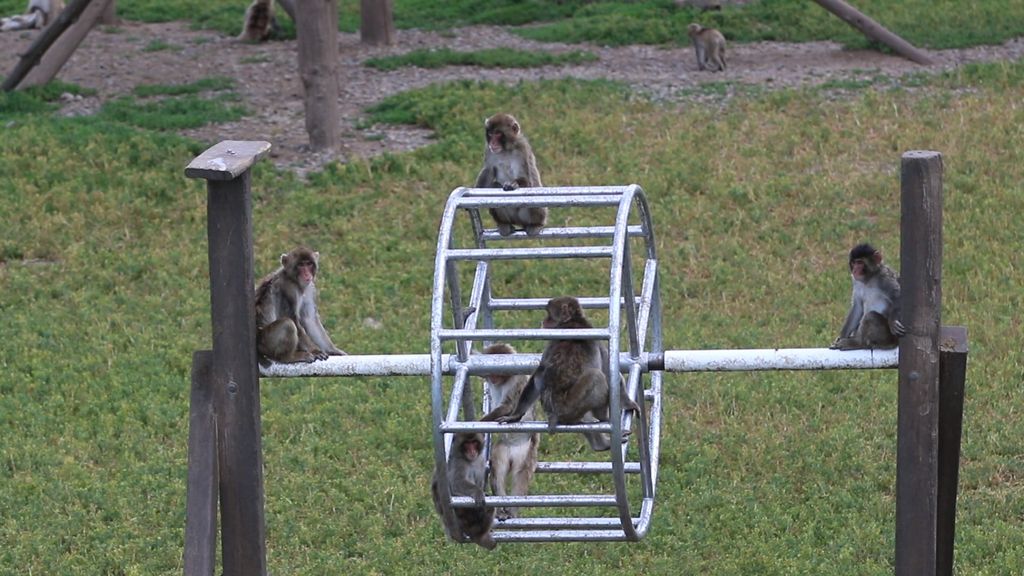 A colony of Japanese macaques, shown here at the Oregon National Primate Research Center, is providing new insight about the cause and potential therapies for a disease similar to multiple sclerosis in people. A new study reveals the presence of two types of T cells in macaques, raising the possibility of developing an antiviral therapy to treat MS. (OHSU)

Scientists have uncovered new clues implicating a type of herpes virus as the cause of a central nervous system disease in monkeys that’s similar to multiple sclerosis in people.

The findings, published in the Annals of clinical and Translational Neurology, expand on previous work to understand the cause of the disease and potentially develop antiviral therapies. The work was led by scientists at Oregon Health & Science University.

“This gives us a better understanding of the model,” said Scott Wong, Ph.D., senior author of the study and a scientist at OHSU’s Vaccine and Gene Therapy Institute and Oregon National Primate Research Center. “It draws more parallels to MS in people.”

The new study reveals the presence of two types of T cells, a type of white blood cell that’s a critical part of the body’s immune system. In this case, scientists determined the T cells were associated with an immune response involving the loss of myelin, the protective sheath that covers nerve fibers.

Myelin and nerve fibers become damaged in multiple sclerosis, which slows or blocks electrical signals required for us to see, move our muscles, feel sensations and think.

“We found that some of the T cell epitopes targeting myelin in these animals are identical to those found in humans with MS,” Wong said.

By linking these specific T cells to the loss of myelin, scientists say the new study opens the possibility of developing an antiviral therapy that could be especially useful for newly diagnosed cases of multiple sclerosis.

“If we found a unique virus that we believed was causing MS, then you could in theory come up with a vaccine against that virus,” said co-author Dennis Bourdette, M.D., professor emeritus and former chair of neurology in the OHSU School of Medicine.

The work builds on a chance discovery in the colony of Japanese macaques at the primate center.

In 2011, scientists at OHSU published research identifying a group of monkeys at the primate center with a naturally occurring disease known as Japanese macaque encephalomyelitis. Since then, scientists have been working to understand the cause and progression of the disease in the macaques with an eye toward applying possible therapies in people.

The latest study points toward developing strategies to combat the disease leveraging the body’s immune response.