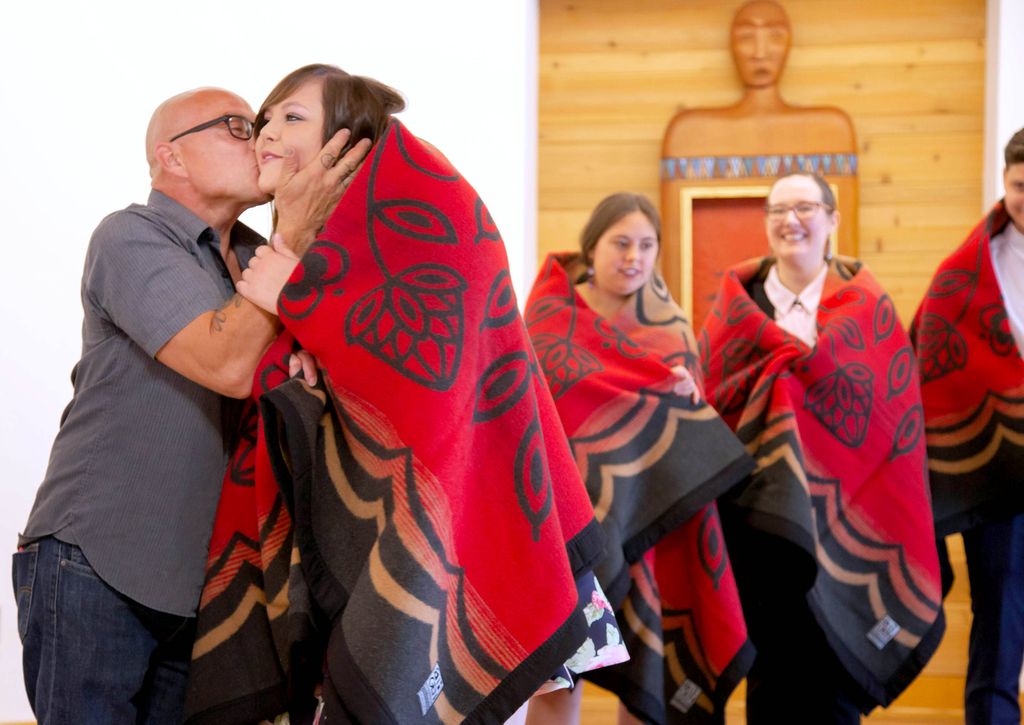 Kyna Lewis (center) receives a kiss on the cheek from her father during the June 2019 graduation ceremony of the OHSU Wy’east Post-Baccalaureate Pathway, which prepares Native American students for medical school. A study published in Journal of the American Medical Association Network Open finds medical school graduation rates for Native Americans is flat or declining and calls for improved efforts to support Native medical students. (OHSU/Michael Schmitt)

Although having a diverse physician workforce is critical to meeting health care needs in underserved communities, efforts to diversify medicine with and for Native Americans are lacking, concludes an Oregon Health & Science University paper published in the Journal of the American Medical Association Network Open and primarily written by American Indian physicians.

Health disparities are particularly problematic among American Indian and Alaska Native, or AIAN, populations, which have been affected by 500 years of colonization and genocide, and other long-standing socioeconomic determinants of health.

AIAN physicians are more likely than their non-AIAN peers to work with and address disparities in AIAN populations, as well as understand AIAN cultures and historical trauma. Yet in 2018, only 0.3% of active medical doctors in the United States reported being AIAN alone or in combination with another race.

The study showed the number of students who identify as AIAN and have enrolled in medical school has increased in recent years. The paper’s authors hypothesized this is likely because, after 2002, students could select more than one race and/or ethnic group on their applications, allowing more to indicate links to their AIAN identity.

However, despite there being more AIAN medical students, the study found their graduation rate slightly declined or remained the same. 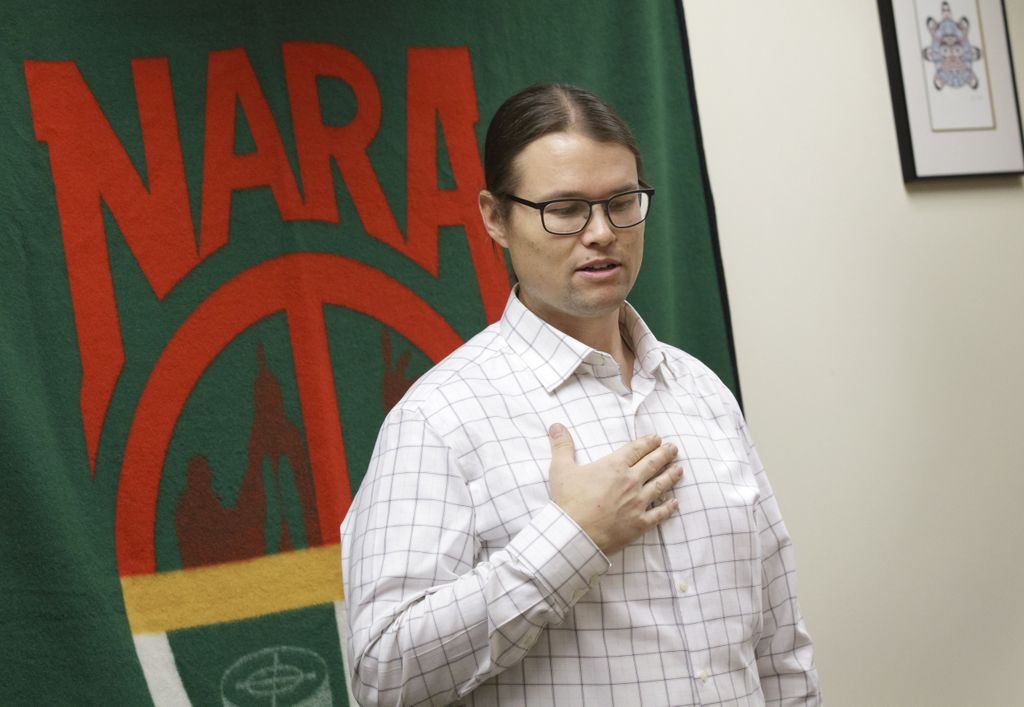 "It is alarming that even with more medical school applicants and matriculants reporting AIAN heritage due to the change in how racial and ethnic data is collected, the rate at which they graduate is flat or decreasing,” said the study’s first author, Erik Brodt, M.D., an associate professor of family medicine in the OHSU School of Medicine and director of the Northwest Native American Center of Excellence at OHSU.

“We must reverse this trend and look closely at structural racism within medical education if we are to improve the health status of AIAN communities and include Indigenous wisdom in the field of medicine to advance health for all."

The authors recommended U.S. medical schools better appreciate the nuances of AIAN identity in the application process and in academic medicine. They noted American Indian and Alaska Native identity has been the subject of contentious debate for generations and has been continuously redefined, burdening both tribal affiliations and American Indian people trying to self-identify within multiple cultural contexts.

The authors wrote: "Adopting a cultural identity–specific approach rather than a genetic one could allow AIAN populations to move away from an artificially imposed racial past. No other race has been required to prove their identity in this way."

The article is thought to be the first time an American Medical Association journal has published an original research article about American Indian/Alaska Native medical education.

To date, 18 scholars have completed the Wy’East Pathway at OHSU and 11 matriculated to the OHSU M.D. program. Another 14 scholars are in the pathway now. This year, the pathway expanded to include Washington State University and UC-Davis. Twelve of the 14 pathway scholars this year are at OHSU and two at Washington State University. UC-Davis will launch its pathway in 2021-22.

The paper’s publication team, which is primarily comprised of Indigenous researchers, includes:

The authors also acknowledged the original inhabitants of the lands OHSU is built upon and occupying in Portland, Oregon: “We acknowledge the Multnomah, Kathlamet, Clackamas, Tumwater, Watlala bands of Chinook, Tualatin Kalapuya, Molalla, Wasco and many Indigenous Nations of the Willamette Valley and Columbia River Plateau. We acknowledge their continued connection to this land, water and community since time immemorial and we pay our respects to the stewards – past, present, and future. We acknowledge the systemic policies of genocide, removal, relocation and assimilation that have and continue to impact Native communities to this day. We acknowledge that we are here because of the sacrifices forced upon them.”

This research was supported by OHSU’s Northwest Native American Center of Excellence, which is funded by the Health Resources and Services Administration’s Bureau of Health Workforce (grant D34HP31026). The American Medical Association also supported this work through the Reimagining Residency Initiative.