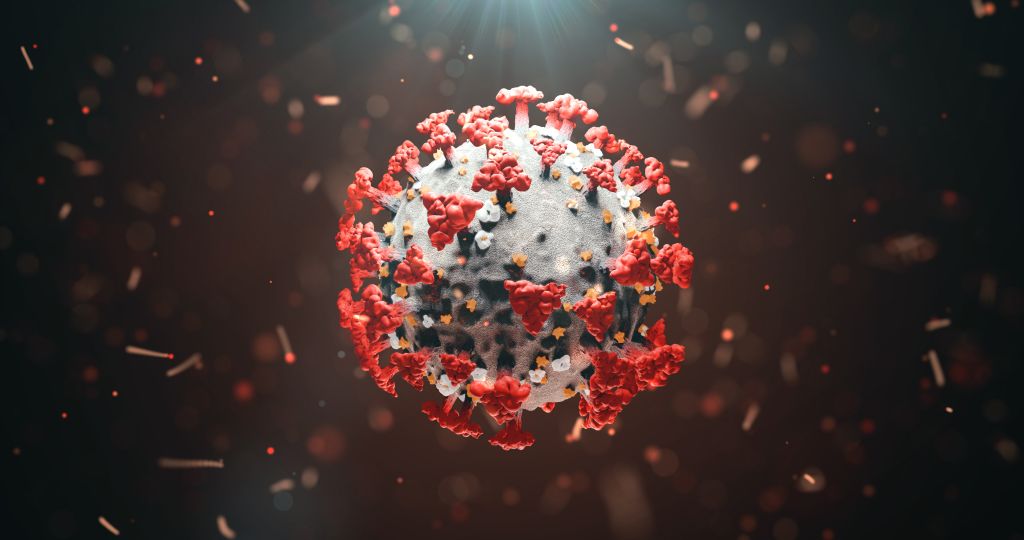 New laboratory findings from OHSU confirm that two variants of concern reduce protection against COVID-19 in blood serum drawn from people previously vaccinated or infected. The findings underscore the importance of vaccinations combined with public health measures to stop the spread of the virus. (Getty Images)

UPDATE: The study published online on Aug. 26, 2021 after peer review in the journal Nature Communications. It was originally published as a preprint in MedRxiv and summarized on the OHSU news site on April 20, 2021.

The study published as a preprint in MedRxiv.

Researchers said that their findings emphasize the importance of vaccinations combined with maintaining public health measures to cut off the spread of the SARS-CoV-2 virus.

“We know that the virus continues to evolve for its own advantage,” said co-senior author Fikadu Tafesse, Ph.D., assistant professor of molecular microbiology and immunology in the OHSU School of Medicine.

Researchers found two variants of concern – B.1.1.7 originating in the U.K., and B.1.351 originating in South Africa – show reduced neutralization by antibodies in the blood of almost 100 people who were vaccinated with the Pfizer vaccine or previously infected by the virus. In the case of the B.1.351 variant, researchers measured a nine-fold reduction in effectiveness compared to the original SARS-CoV-2 virus.

Even so, researchers took it as a positive development that vaccination and earlier infections still mustered some residual protection against the two variants of concern. That finding appears to be consistent with a general reduction in the rate of hospitalizations and deaths worldwide, despite the increasing prevalence of the variants.

The OHSU findings are generally consistent with other recent reports.

In contrast to other laboratory studies using non-replicative versions of the variants, the OHSU researchers used authentic virus variants isolated from patients and obtained by OHSU from a national repository.

Scientists cultivated a cell line of the original SARS-CoV-2 virus along with the two variants in a Biosafety Level 3 laboratory on OHSU’s Marquam Hill campus. They pulled samples of each virus type, mixing each with blood samples collected from a total of 50 people in Oregon who received the Pfizer vaccine along with 44 who were previously infected with the coronavirus.

Researchers then measured the effectiveness of antibodies in blocking infection for each strain of the virus.

The researchers found the reduction in antibodies was especially pronounced in people 50 and older.

“The people who surround our older and more vulnerable populations need to get vaccinated and minimize exposure to the virus,” Messer said. “You can’t just walk into a nursing home because they’re all vaccinated. If you’re not vaccinated, that’s still a problem.”

Co-senior author Marcel Curlin, M.D., associate professor of medicine (infectious diseases) in the OHSU School of Medicine, said the findings suggest that the Pfizer vaccine continues to provide some level of protection against variants even though the overall level of neutralizing antibodies is lower than against the earlier strain of SARS-CoV-2.

He said the findings mean that it’s likely people will need vaccine boosters in the future, similar to an annual influenza shot.

Curlin, who also studies the HIV virus, said he’s optimistic that widespread vaccinations combined with tried-and-true public health measures such as physical distancing and masking will break the momentum of the pandemic. Over time, he’s confident in the ability of vaccines to effectively subdue the novel coronavirus.

“Influenza has a much larger potential for variability than the coronavirus,” he said. “Hopefully, coronaviruses will be easier to manage.”

“We have learned to cope with influenza,” he said. “I think we will learn to do the same with COVID-19 as well.”

The study is published online as a preprint. It has also been submitted to a journal, which will include peer review by other scientists in the field.

The study was funded by an unrestricted grant from the M.J. Murdock Charitable Trust; the National Institutes of Health training grant T32Al747225 and R01Al145835; and OHSU Innovative IDEA grant 1018784.

As new laboratory findings show the possible impact of two variants of the SARS-CoV-2 virus, OHSU researchers are continuing a yearlong effort to track new variants in Oregon.

Over the past year, the Oregon SARS-CoV-2 Genome Sequencing Center at OHSU has sequenced more than 3,500 genomes to better understand how the novel coronavirus may be entering, spreading and changing across the state.

Earlier this month, the center reported more than 200 variants of concern to an international database known as GISAID, as well as to state and county public health authorities. Most of those were variants originating in California, but the batch also included confirmation of the P.1 variant originating in Brazil, as well as 21 genomes revealing the B.1.1.7 variant and seven of the B.1.351 variant – the two variants that are subject of the new laboratory findings reported today.

“Currently we are only sequencing about 2 to 3 percent of the positive COVID-19 test samples in Oregon,” said OHSU sequencing project leader Brian O’Roak, Ph.D., associate professor of molecular and medical genetics in the OHSU School of Medicine. “This means the few reported cases are really just the tip of the iceberg. It is imperative that genome sequencing efforts expand locally and nationally, so that we can effectively monitor the impact and behaviors of these variants of concern.”