'All of us parents were struggling to make it' 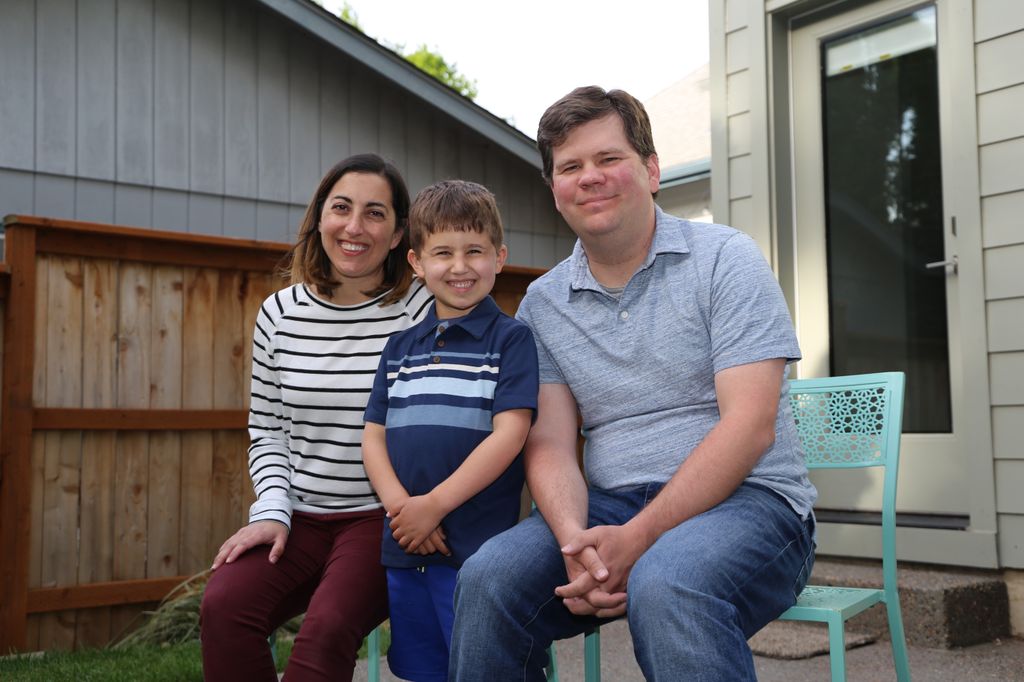 Pediatrician Lori Morgan, M.D., a second-year resident physician, with her family at home in their backyard May 5, 2021. (OHSU/Rachel Shafer)

For new parent Jae Downing, Ph.D., assistant professor of public health, it was trying to remain academically productive while working at home in a 900-square-foot apartment with their wife and son Leo, a busy and vocal infant. It was falling to one income when their wife’s new physical therapy business fell victim to pandemic forces. It was their childcare options drying up and their wife putting professional dreams on hold to care for Leo full time. It was watching their savings draw down, funds they’d worked hard to set aside for a first home.

For working parent Brooke Hambly, R.N., B.S.N., a nurse navigator at the OHSU Breast Center, it was returning to the clinic full time and needing full-time childcare for her then 7-year-old daughter Avery. It was facing daycare costs that had risen from $500 to $1,200 a month due to the facility’s extra pandemic health and safety measures. It was the panic of not finding more affordable options. It was the growing horror that school in the fall would remain remote while she needed to work full time in person. It was the overall stress of working in a health care environment with an increased risk of COVID-19 exposure.

“All of us parents were struggling to make it,” said pediatrician Lori Morgan, M.D., a second-year resident physician and mom to a 5-year-old son. In her own situation, she was working long hours at OHSU Doernbecher Children’s Hospital on the modest salary of a resident while her husband, with their daycare closed, juggled remote work at home and parenting simultaneously.

“It’s next to impossible to get work done when your child needs to play or needs help with online school,” said Morgan.

But the worst anguish was watching her son’s isolation at home, knowing full well the rich and varied environments needed for normal social emotional development in children. 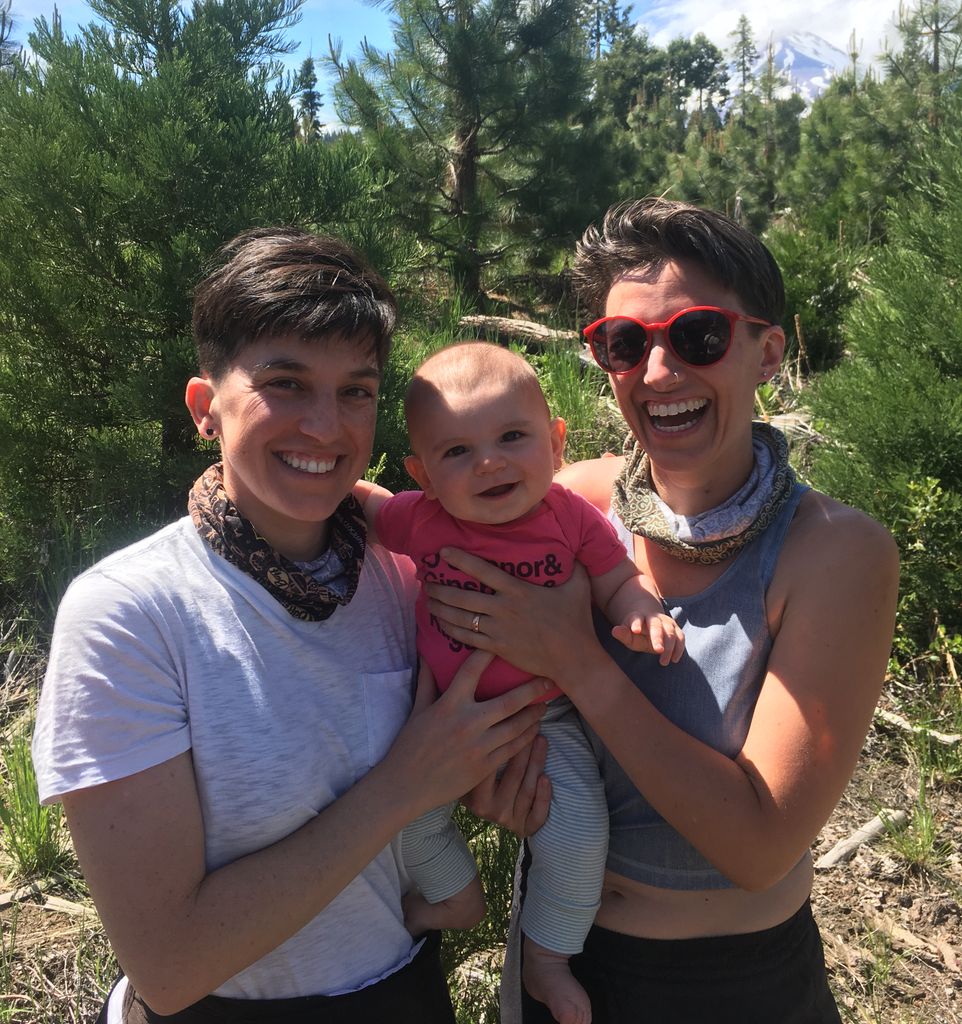 About 6,000 people at OHSU have children – roughly one-third its workforce. With many schools and childcare centers closed or operating at reduced hours or online, OHSU leaders realized parents were being wedged into extraordinarily difficult circumstances.

“We were getting to the point where some members were contemplating leaving a young child home alone in order to keep their home and put food on the table,” said Greg Moawad, J.D., M.B.A,. OHSU interim VP of human resources. “That’s an impossible choice for folks to make.”

He added, “We knew our community was working harder than ever and stressed beyond belief, just trying to keep their lives together.”

When companies elsewhere laid off people last spring as the pandemic hit, OHSU kept all its employees on payroll through the beginning of last July and brought in other supports such as standing up a child care site for critical function members.

But an internal survey of working parents that the university conducted last July made it clear. Two-thirds of respondents reported a great deal of increased stress and more than 60% of respondents considered reducing their FTE to manage their childcare. 63% considered taking leave, and 29% considered leaving the workforce altogether.

“It was shocking,” said Moawad. “We were going to lose significant numbers of workers.”

Respondents indicated financial assistance and flexible scheduling would be most helpful. 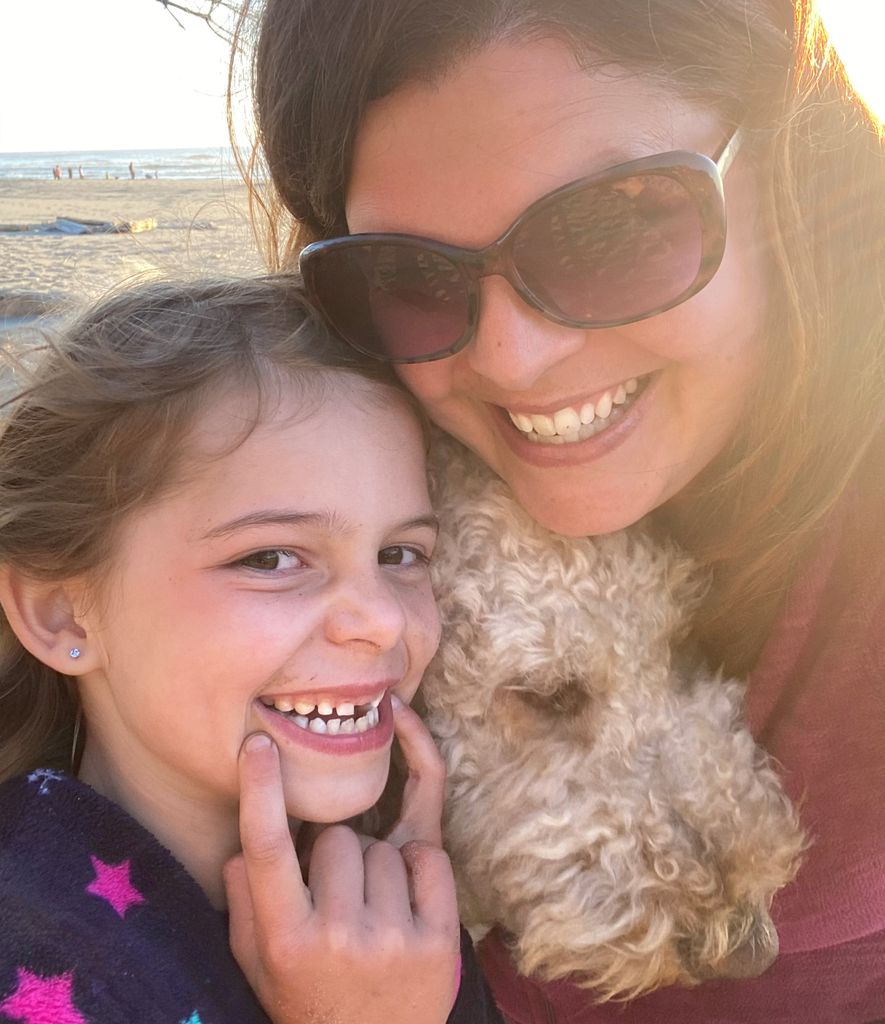 ‘Very grateful. Over and over.’

The fund is targeted toward employees experiencing a financial hardship and who have children 12 and younger, and 17 and younger for children with a disability. The stipends cover all of the 2020-2021 school year.

Downing, Hambly and Morgan are among 557 employees who receive Childcare Fund stipends.

Downing uses the funds to pay for a part-time nanny share with another family, which has allowed her partner to restart her physical therapy practice.

“It’s so nice to have this extra financial buffer,” said Downing.

Hambly uses the funds to pay for a school-affiliated, full-time day care that facilitates hybrid in-person/virtual school for her daughter.

“I honestly don’t know what I would have done without it,” said Hambly. “I had no options. The stipend has been so helpful. It’s taken a huge load off me mentally and stress-wise. I’m impressed how OHSU has treated people throughout this pandemic. I’m very grateful. Over and over.”

Morgan uses the funds to pay for part-time daycare where her kindergartener has made fast friends, allowing her husband to keep and thrive at his job.

“I feel very fortunate to work for an organization that has made this possible,” said Morgan.

People take priority at OHSU, says Moawad. “We know that we cannot take care of others if we don’t first take care of ourselves,” he said. “This support for parent-members demonstrates one aspect of OHSU’s people-first philosophy. And, in these times, it’s the right thing to do.”

Pediatrician Lori Morgan, M.D., a second-year resident physician, with her family at home in their backyard May 5, 2021. (OHSU/Rachel Shafer)