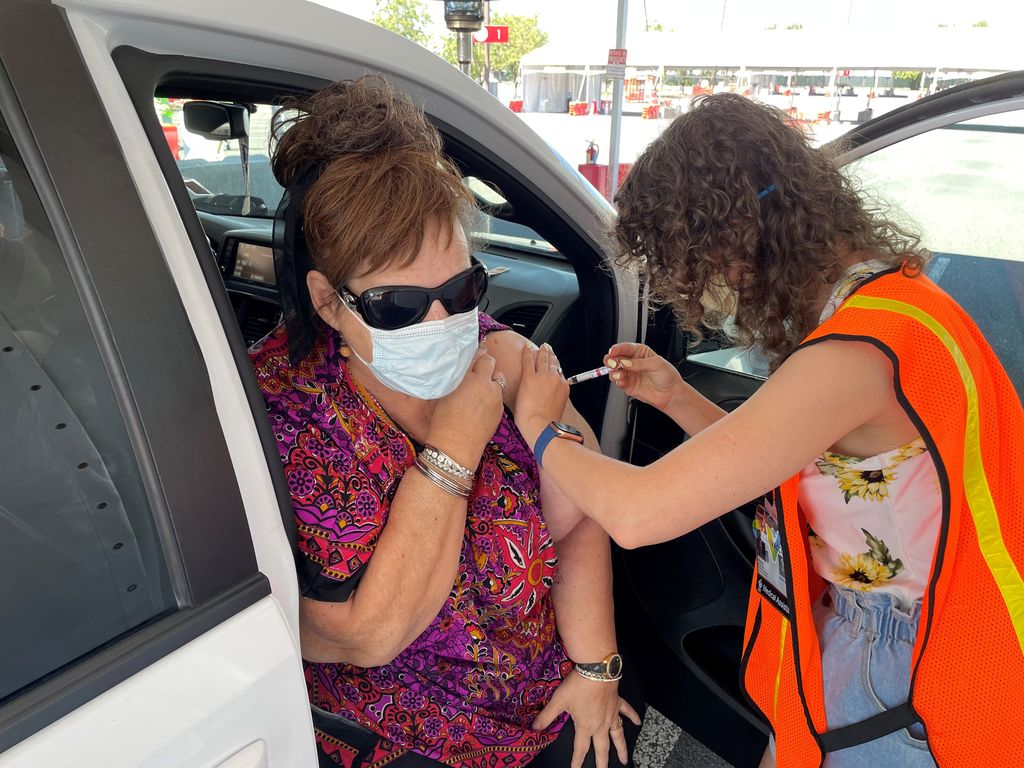 After five months and more than 800,000 COVID-19 vaccine doses into arms, two mass vaccination sites in Portland closed for the final time over the weekend.

The Portland area’s third major mass vaccination site, in a parking lot near Hillsboro Stadium, will administer its final dose on Friday. That site will be open for appointments or drive-ups from 8:30 a.m. to 3:45 p.m. both Wednesday and Friday.

Oregon Health & Science University joined with other health systems and organizations beginning in January to vaccinate as many Oregonians as quickly as possible. The two biggest sites closed on Saturday after administering hundreds of thousands of doses.

Final figures from those two sites:

“This is something we’ll tell our grandchildren about,” said Connie Amos, OHSU’s site leader at the Portland airport. “If we ever had to do this again, I know we’d jump right back in.”

Counting OHSU Health’s Hillsboro site along with additional community vaccination events, OHSU’s community vaccination efforts have so far amounted to more than 900,000 doses into arms – roughly a fifth of all the doses administered in the entire state of Oregon. The two mass vaccination sites at the convention center and airport are believed to be the largest in the Pacific Northwest.

OHSU employees staffed the clinics from the beginning, in many cases on top of their normal duties. Community volunteers from the Red Cross also stepped up.

Ray Legault, a retired industrial engineer from Hillsboro, is an example.

Legault worked as a volunteer traffic lead at the airport site for more than half the number of days it was open – wearing down the soles of his shoes as he walked from one end of the 22-acre economy lot to the other. His wife and daughter, newly graduated from high school, also joined in by volunteering over several shifts.

“Looking back, I wanted to say I’m out here and doing my part,” Legault said.

Community vaccination by the numbers

What’s it take to operate an outdoor-exposed clinical site on the edge of the Columbia River Gorge? Over five months since the Portland airport vaccination site first opened on Jan. 21, staff and volunteers experienced the full repertoire of Mother Nature in the Pacific Northwest: Wind storms, snow flurries, drenching rain, broiling sun.

A few numbers that helped sustain the operation:

Volunteers and staff are in a celebratory mood as they prepare to send off the final vehicles to visit the mass vaccination site in the Red Economy Parking Lot at Portland International Airport on Saturday, June 19. (OHSU/Erik Robinson)

Over five months, volunteers and staff at OHSU's vaccination clinic at Portland International Airport experienced a variety of weather conditions in addition to the steady presence of aircraft approaching the north runway. (OHSU/Erik Robinson)