Falling into a crisis 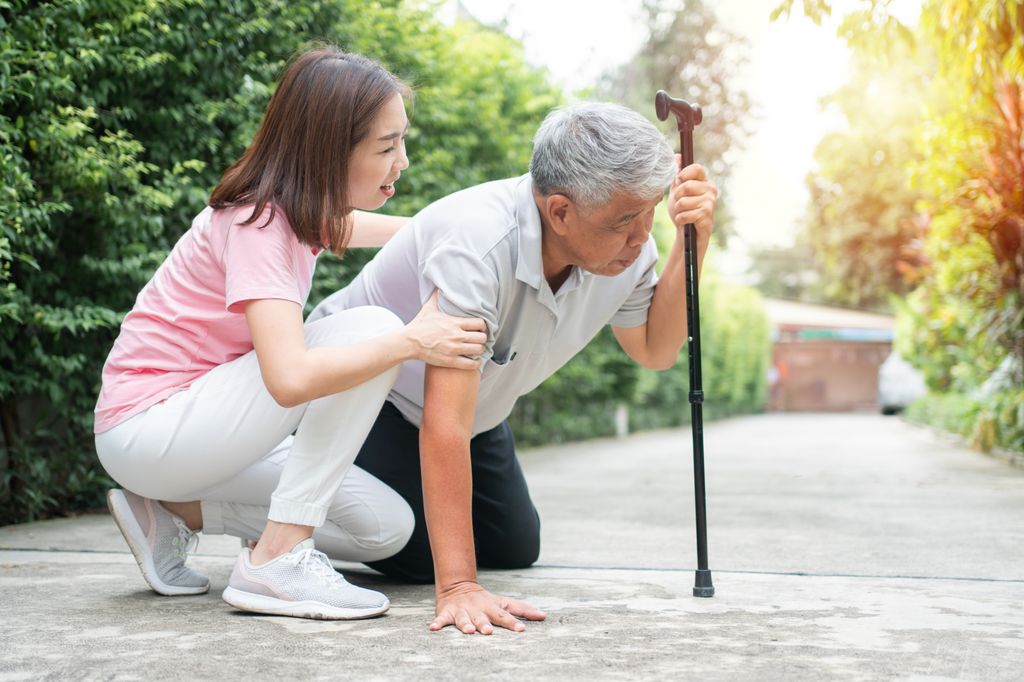 Ground-level falls are a common cause of traumatic injury and OHSU doctors are encouraging people to use proven fall prevention tips. (Getty Images)

Known as ground-level falls, this form of injury accounted for 22% of all patients treated for trauma at OHSU Hospital in 2020 – the biggest single cause of traumatic injury and a sharp rise over the past five years. Even though it may not sound as dangerous as other leading causes – including gunshots, stabbings and motor vehicle crashes – this seemingly innocuous mishap is actually now the second leading cause of unintentional injury deaths worldwide.

The reason: An aging population that’s more susceptible to falls. Many of these injuries can be life-threatening, often due to underlying medical conditions exacerbated by impact.

“Gravity conquers,” Martin Schreiber, M.D., division head for trauma, critical care and acute care surgery in the OHSU School of Medicine. “Within the past three or four years, ground-level falls exceeded motor vehicle crashes as the number one cause of trauma not only here but throughout the nation.

“This is one of the biggest problems in the U.S. today.”

OHSU, one of two Level 1 trauma centers in Oregon, treated a total of 685 people for ground-level falls in calendar year 2020 – a sharp increase over the 465 such injuries treated in 2016. Over 70% of those cases involved people older than 65.

A geriatrician at OHSU says the problem is rooted in a booming population of older adults.

“The fastest-growing demographic in the U.S. is people over 85,” said Katie Drago, M.D., assistant professor of medicine (general internal medicine and geriatrics) in the OHSU School of Medicine. “It’s wonderful that people are living longer lives, but it also means that we’re seeing more cases of traumatic injury from ground-level falls.”

Drago said that after a first fall, older adults are two to three times more likely to fall again.

“If we can do things to break out of that cycle, then we can actually reduce their risk of injury – and they can continue to live independently,” she said. “Falling is not inevitable.”

As part of Falls Prevention Awareness Week, Sept. 20-24, the National Council on Aging has joined with health care workers to emphasize measures to reduce falls to ensure older adults can live safely and independently. 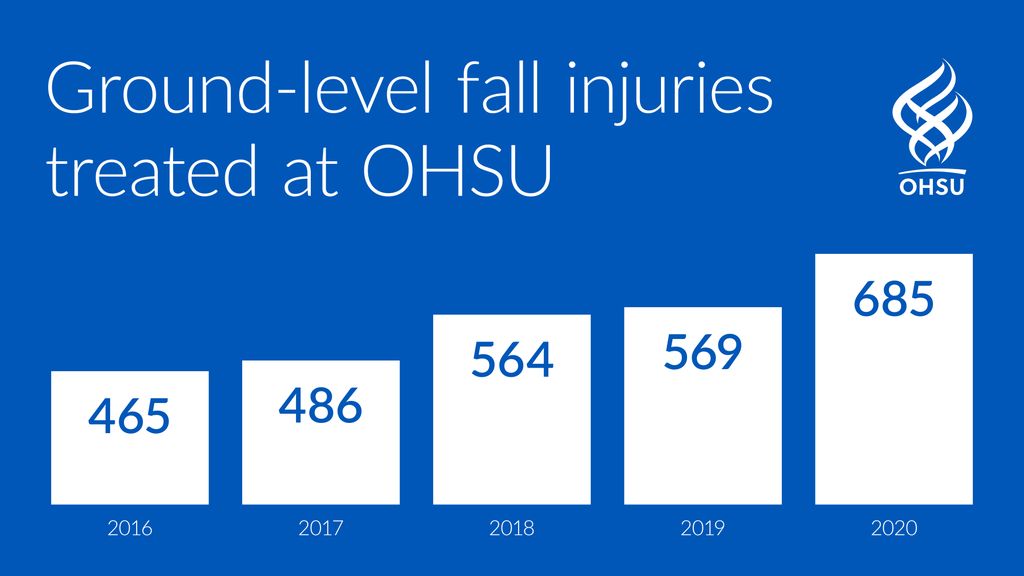 This graphic shows a breakdown of the number of ground-level fall injuries treated each year at OHSU. (OHSU)

Drago said she emphasizes the importance of physical activity with her patients, including aerobic exercise, strength training and balance through activities such as tai chi. She advises older adults to build exercise into their daily routine.

“Inertia really does kill,” she said. “Bodies in motion stay in motion.”

Drago said that ground-level falls aren’t typically due to any one factor, but could be a combination of factors. For example, medications can combine in unanticipated ways, leading to dizziness that contributes to falling.

She often works with her patients to cull lengthy lists of medications and supplements. It’s also worth discussing whether bifocals used for reading may not be ideal for moving around.

It’s imperative to visit a health care provider any time a person falls, she said.

“Usually, people aren’t going to be able to distinguish on their own whether they simply tripped – or if they might be having a major neurological or cardiac issue that needs to be dealt with,” Drago said. “If you have fallen, you should bring it up with your primary care provider.”

Drago said many cases arrive in the trauma bays as a simple result of clutter. Someone gets up in the night to use the bathroom and trips over a pile of books, or their hallway isn’t quite wide enough to use a cane without bumping into a wall, or overgrown shrubbery encroaches on walkways around the house.

Keeping a clear path enables older adults to minimize the risk of falling and to continue living independently.

“Little things like that can make a big difference for people,” Drago said.