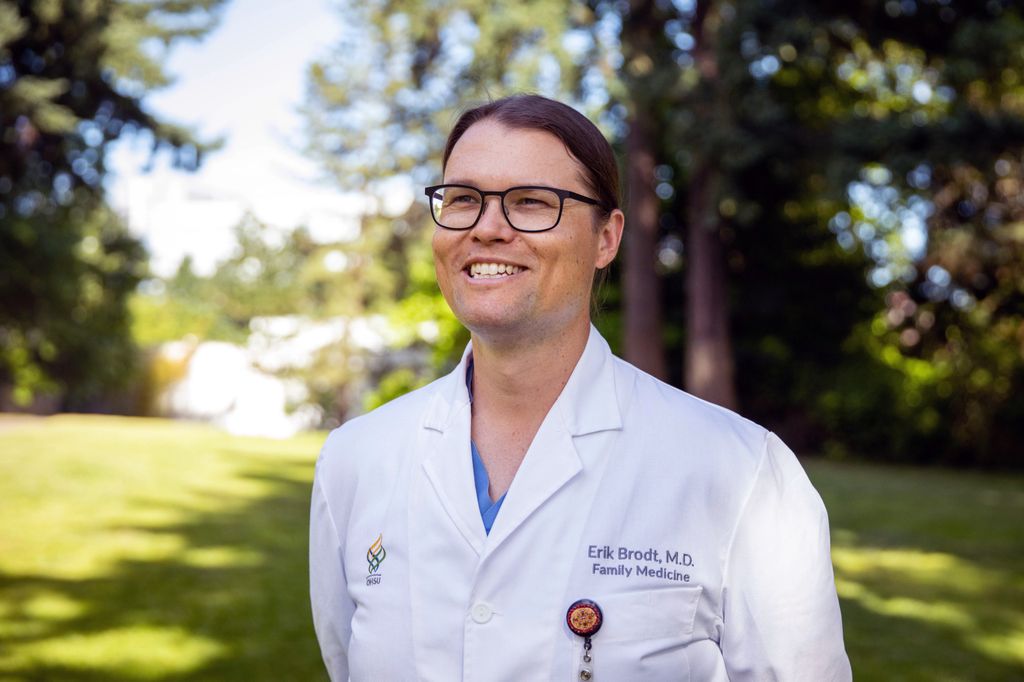 Erik Brodt, M.D., an associate professor of family medicine and assistant dean for Native American health in the Oregon Health & Science University School of Medicine, has been elected a member of the National Academy of Medicine. (We Are Healers/Finn Ryan)

An Oregon Health & Science University physician and advocate for increasing Native American representation in health care is among 100 newly elected members of the National Academy of Medicine, whose members advise the nation on medical issues.

Election to the academy is considered one of the highest honors in the fields of health and medicine and recognizes individuals who have demonstrated outstanding professional achievement and commitment to service. New members are elected by current members.

“Dr. Brodt’s leadership, passion and dedication has had a profound impact on inspiring and empowering tribal citizens to pursue career paths in medicine and health care,” said OHSU President Danny Jacobs, M.D., M.P.H., FACS. “We are exceptionally proud of him and the transformational work he is doing to support the health and wellness of Native American communities by facilitating their recruitment to health professions.”

Brodt, who is Ojibwe, directs OHSU’s Northwest Native American Center of Excellence. Perhaps the center’s best-known initiative is the Wy’east Post-Baccalaureate Pathway, a 10-month program for talented Native American students that serves as an alternative to the traditional medical school admissions process. Since 2018, 27 Wy’east students have completed the initiative and 22 have enrolled in medical school, mostly at OHSU.

Brodt graduated from the University of Minnesota Medical School and completed the Swedish Cherry Hill Family Medicine Residency Program while working at a Seattle Indian Health Board clinic. He worked in rural emergency departments and hospitals in Minnesota before becoming a hospitalist at the University of Wisconsin, where he also launched the Native American Center for Health Professions. He joined OHSU in 2017.

More information and a list of all 100 new National Academy of Medicine members can be found in the academy’s announcement.

Erik Brodt, M.D., (left) congratulates a member of the first class of the WyeastPost-Baccalaureate Pathway, an initiative Brodt helped establish as director of the OHSU Northwest Native American Center of Excellence, in June 2019. Brodt has been elected a member of the National Academy of Medicine. (OHSU/Kristyna Wentz-Graff)